Headlines screaming that aged cheese could be an aid to better ageing were based on a paper that didn't test the effects of cheese on ageing, writes Clare Collins. 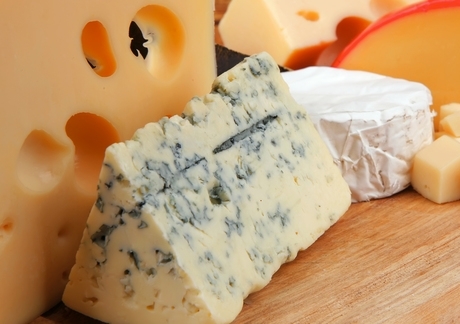 Most people are interested in how to slow the ageing process, or at least they get more interested as the years tick by. So when new research promises to have discovered the secret, which happens to include eating more of a food that tastes great but often appears on “eat less” food lists, it is bound to make the headlines.

According to a recent article in The Sydney Morning Herald, “aged cheese could help you age well”. The article was based on research published in the journal Nature Medicine. It showed that spermidine – a compound found in aged cheese, legumes and whole grains – could extend the life of mice when added to their drinking water.

A separate study within the Nature Medicine paper looked at the diets of around 800 Italians. It concluded that those who had a high spermidine intake had lower blood pressure and a 40% lower risk of heart failure and other heart diseases.

So if the newspaper report is accurate, then it would be time to get out the cheese and crackers. But before the party starts, let’s take a closer look at the original paper, in which cheese plays a very small, almost insignificant, part.

Spermidine is a naturally occurring compound originally found, as its name suggests, in semen. It is present throughout the human body and plays a vital role in cell survival. Studies have shown spermidine supplements can extend the lifespan of worms, flies and yeast.

The Nature Medicine paper is a series of several studies and analyses in mice, rats and humans.

The first study compared the effects of adding spermidine, or the related compound spermine, to drinking water in mice, and the effects of not doing so; for either their whole life or starting only at middle age. Researchers found adding the compounds increased lifespan: good news if you are a mouse.

Two groups of mice were tested for spermidine’s effects on different health measures. from shutterstock.com

The next analysis is bad news for mice. Researchers looked for the development of tumours related to ageing in the mice in the first study and found no difference between the supplemented and unsupplemented mice.

This meant the supplement in the water didn’t prevent tumours mice get due to ageing. The conclusion then drawn was that the longer life seen in the first study was not due to cancer prevention.

There was not much difference in the heart tissue between groups that had spermidine and those that didn’t. So researchers looked more broadly at heart characteristics and found the hearts in the supplemented group were structurally more healthy.

There were a number of other comparisons that looked at hearts in mice.

In the rat study, salt-sensitive Dahl rats – a type bred to develop high blood pressure when fed a high-salt diet – were given food really high in salt. Half of the rats had spermidine added to their drinking water and half did not.

From weeks nine to 15 of the study, the rats in the spermidine group had significantly lower blood pressure compared to the others. But at the end of the study there was not much difference between the two groups.

The diets of 100 Italians were put under the microscope. from shutterstock.com

In the final human analysis, researchers recorded the diets of more than 800 Italians at three time points (1995, 2000 and 2005) and the number of heart-related events they experienced. These were high blood pressure, heart failure, stroke and premature death from heart disease over the 15 years from 1995 to 2010.

Of greatest relevance to this analysis is that the biggest contributor to spermidine intakes in this cohort was wholemeal foods, accounting for 13.4% of intake. Next were apples and pears (13.3%), salad (9.8%), vegetable sprouts (7.3%) and potatoes (6.4%). Aged cheese was listed sixth and accounted for only 2.9% of estimated spermidine intake.

What can we take from it?

This extensive body of work is a credit to the researchers involved and does suggest that, at least for mice and rats, investigating the health-promoting effects of spermidine is worthwhile. However, the animal studies were small – with fewer than 15 animals per group – and the number of analyses done increases the potential for some findings to occur by chance.

When analysing differences between groups, as the mouse research in this paper did, one cannot claim spermidine changed a particular value – such as heart muscle strength – in the animals. This is because their heart muscles were not measured before they were given spermidine to compare the before and after effects, so you can only focus on differences between groups.

It’s better to say the outcome was higher or lower, or more or less frequent, in the spermidine-supplemented group compared to unsupplemented animals.

Of major importance in the human cohort study, which followed people for more than 15 years, is that it was not cheese that accounted for the majority of their spermidine intake. Also because this study was observational, it only showed associations, not cause and effect.

Also of note when you read the research is that, unlike the media report suggested, the mice were not fed cheese. A lot more research would be needed, and much more in humans, before claiming spermidine in cheese is the new superfood.

In the human study, although we weren’t told what the participants’ overall usual food habits were, we do know high intakes of whole grains, vegetables and fruit are characteristic of foods recommended for good health and longevity generally.

Try increasing your intakes of these foods and, for a variety of reasons, they’re very likely to help you age well. – Clare Collins

The Nature Medicine paper found a correlation between the health of human participants and the amount of spermidine found in their diet. Unfortunately, although this part of the work is tantalising, it is still correlative: who knows whether there is some other ingredient in those foods that improves health, or whether people who preferred to eat those foods were already predisposed to better health?

The Nature Medicine paper also showed spermidine extended lifespans in mice. The animal studies were well performed and showed differences between groups in measures of heart function. But as the author of this Research Check states, a comparison where heart function would have been measured just before and just after drug treatment was not shown.

I believe this is okay, as animals were treated with spermidine for large proportions of their lifetimes, and such a comparison would have been confounded by the effects of ageing. So the comparisons between treated and untreated groups are adequate.

The key difficulty with moving spermidine forward is our understanding of how it works. Spermidine has been demonstrated to promote a process called autophagy, where the cell literally eats part of itself. This is actually a very good thing. By breaking down parts of the cell, old machinery gets destroyed and is replaced by new cellular machinery.

Autophagy is turned on when we exercise or go on a diet, but turned off when we eat too much or sit on the couch, so this could be how spermidine is beneficial.

Scientists like to understand every fine detail of how drugs work. The precise molecular biology of spermidine, and in particular what parts of the cell it interacts with, are poorly understood. Once we know how this works better, spermidine could well find its way into a new therapy. – Lindsay Wu

Clare Collins is a Professor in Nutrition and Dietetics, University of Newcastle.

The search to extend lifespan is gaining ground, but can we truly reverse the biology of ageing?