Research led by Neuroscience Research Australia and UNSW Sydney has received more than $3 million in federal funding to improve treatment for dementia in Indigenous Australians. 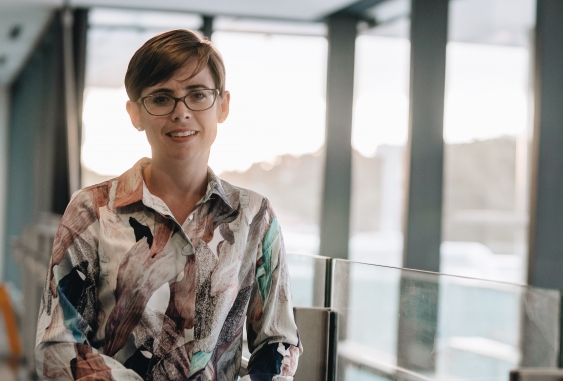 Five research projects to improve the prevention and treatment of dementia among Indigenous people have received $14 million in funding from the National Health and Medical Research Council.

The research is aimed at improving dementia detection and treatment, as well as prevention initiatives through clinical trials, analysis and community health approaches.

Among the five recipients is Dr Kylie Radford, a UNSW Research Fellow based at Neuroscience Research Australia (NeuRA), who will receive more than $3 million to lead the project ‘Our MOB (Mind Our Brain): Dementia prevention across the life course with Aboriginal Australians’.

Dr Radford said she was excited to see the recognition and support for groundbreaking research into dementia, with the combination of projects set to improve the lives of Aboriginal and Torres Strait Islander people living with brain disease.

Dementia is one of the biggest health issues facing Australians today, with research such as NeuRA’s Koori Growing Old Well Study showing that Indigenous people are disproportionately affected, with dementia prevalence three to five times higher than among non-Indigenous Australians across remote, regional and urban communities.

Dr Radford will lead her team on the research funded by the latest NHMRC grant, which is administered through UNSW.

“Our project will focus primarily on understanding the major causes and risk factors contributing to these higher rates of dementia in Aboriginal and Torres Straits Islander peoples, in order to develop effective prevention strategies across the life course,” Dr Radford said.

This project will provide fresh insight into a range of social and biomedical factors that could impact lifelong brain health and dementia onset, as well as ways to reduce the burden of cognitive decline.

“The key goals of the project are to build on the decade-long collaborations between researchers, health services and Aboriginal communities that we’ve developed through long-term projects with older Aboriginal people in urban and regional areas.

"This project will provide fresh insight into a range of social and biomedical factors that could impact lifelong brain health and dementia onset, as well as ways to reduce the burden of cognitive decline.”

Benefits to the community will include enhanced awareness and skills around dementia and healthy brain ageing, accessible active ageing support and a stronger evidence base to guide health policy and practice for an ageing Indigenous population.

Minister for Indigenous Health Ken Wyatt said the need for targeted research was clear, with the government making dementia funding a priority.

“The Turnbull government is committed to better health outcomes for all Australians, including ways to delay the onset of dementia, understand risk factors and care for those in the grips of the disease,” Mr Wyatt said.

“The $14 million in NHMRC funding for these five projects has been allocated through the Boosting Dementia Research Initiative.

“The federal government has made dementia funding a priority with the Boosting Dementia Research Initiative, which is a $200 million initiative to help address this growing health challenge,” he said.

Younger onset dementia and memory disorders on the rise