One of the largest randomised trials ever conducted has concluded that ovarian cancer screening may reduce mortality by an estimated 20%. 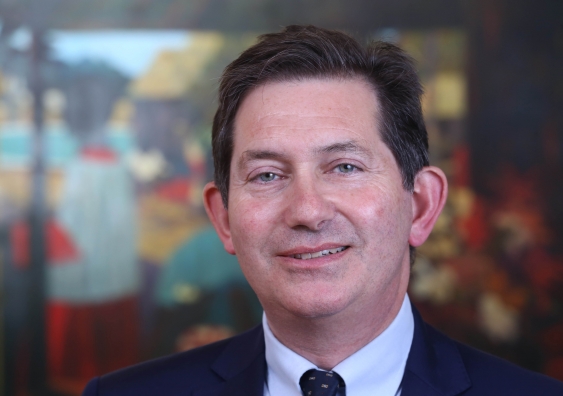 One of the largest randomised trials ever conducted has concluded that ovarian cancer screening may reduce mortality by an estimated 20%.

The results from The United Kingdom Collaborative Trial of Ovarian Cancer Screening (UKCTOCS) – which screened more than 200,000 women – are published today (Thursday) in The Lancet.

The results are the latest development in a research program led for 30 years by UNSW President and Vice-Chancellor Professor Ian Jacobs. The 14-year UKCTOCS trial was coordinated from University College London (UCL) and involved 202,638 post-menopausal women aged 50 to 74 in 13 regions of the UK. It was funded by the UK Medical Research Council, Cancer Research UK, the Department of Health for England, and charity The Eve Appeal.

The screening is based on an annual blood test called ROCA*, which uses a statistical calculation to interpret changing levels over time of a blood protein, CA125, which is linked to ovarian cancer.

Participants in the trial – the world’s largest for ovarian cancer screening – were followed for up to 14 years. Longer follow-up is needed to determine the ultimate mortality reduction and if screening the general population is cost effective.

Speaking from London, where the results were announced to trial participants and collaborators, Professor Jacobs said the findings provided “a key piece in the jigsaw necessary for effective ovarian cancer screening”.

“I am delighted that the UKCTOCS results suggest that early detection of ovarian cancer by screening can save lives. Longer follow up is needed but this brings hope in the fight against a disease for which the outlook for women is poor and has not improved much during the last three decades. 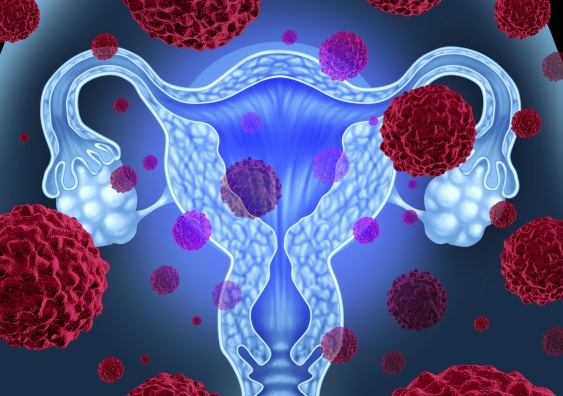 “Our research team has previously established that screening is acceptable to women, has a high detection rate and a low false positive rate.

“Now we have the first evidence to suggest screening can reduce the number of women dying from the disease by an estimated 15% to 28%,” Professor Jacobs said

I am passionate about pushing ahead with research that has the potential to save the lives of the thousands of women threatened by ovarian cancer each year.

An additional follow up of trial participants over a further two to three years would provide clarity about the precise reduction in mortality, he said.

Ovarian cancer continues to be diagnosed at an advanced stage, with 60% of patients dying within five years of diagnosis. UKCTOCS tested the hypothesis that screening for ovarian cancer in the general population can reduce disease mortality without significant harm (as compared with screening programs for other cancers).

Professor Jacobs continues to maintain his research activity alongside his role as President and Vice-Chancellor at UNSW.

"My leadership role at UNSW is my absolute priority but I am fortunate to have an established ongoing program of research and a network of outstanding collaborators in the UK and USA, which enables me to continue my research work.

“I am passionate about pushing ahead with research that has the potential to save the lives of the thousands of women threatened by ovarian cancer each year. My hope is that by the end of my career, ovarian cancer screening will be established as a standard test around the world alongside breast and cervical cancer screening,” Professor Jacobs said.

UCL’s Professor Usha Menon, the trial’s co-investigator, said: “UKCTOCS has been an immense research effort spanning 14 years, over 200,000 women and 700,000 annual screens. Finally we have data which suggests that screening may prevent ovarian cancer deaths. This is welcome news and provides fresh impetus for renewed efforts in this area.”

The study authors noted the scale of relative reduction in mortality is in keeping with findings from breast cancer randomised screening trials, which vary between 15% to 25%, with more recent estimates of 13% to 17% in meta-analyses of observational studies.

Professor Jacobs and the other authors concluded: “The evidence from UKCTOCS suggests that carefully conducted screening using a multimodal strategy detects ovarian cancer sufficiently early to alter the natural history of the disease and reduce mortality. This opens up a new era in ovarian cancer research and care.

“Whether or not population screening is justified will depend upon a range of factors including further follow-up to determine the full extent of the mortality reduction and health economic analyses. Meanwhile, efforts can be made to refine ovarian cancer screening, develop tests with greater sensitivity and more lead time, and improve ways to risk stratify the population,” the authors said.

*The Risk of Ovarian Cancer Algorithm (ROCA) was co-invented by Professor Jacobs in 1996 and is licensed to Abcodia Ltd, a UCL spin-off company, of which Professor Jacobs is a non-executive director and shareholder. Professor Menon is also a shareholder. The ROCA test gives a more accurate calculation of a woman’s individual risk of having ovarian cancer, compared with an alternative method that uses a one-off blood test measuring a fixed ‘cut-off’ point for CA125.