A powerful new technology that maps the “social network” of proteins in breast cancer cells is providing detailed understanding of the disease at a molecular level and could eventually lead to new treatments. 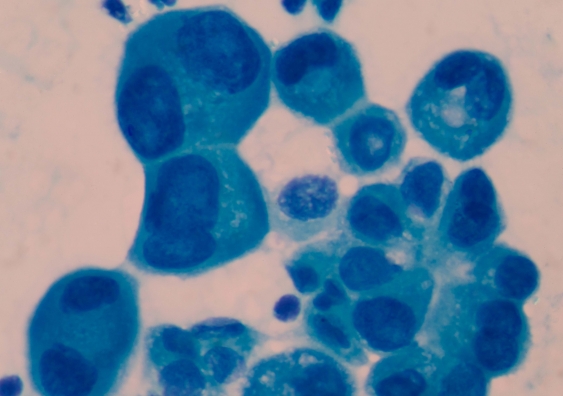 A powerful new technology that maps the “social network” of proteins in breast cancer cells is providing detailed understanding of the disease at a molecular level and could eventually lead to new treatments, Australian scientists say.

The technique – called BiCAP – uses nanotechnology to visualise and isolate protein complexes in breast cancer cells. The results are then combined with a sensitive method called proteomics to map and measure how the proteins interact with each other and ultimately control cell behaviour.

Developed by researchers at the University of New South Wales (UNSW) and the Garvan Institute in Sydney, the new method is featured on the cover of the journal Science Signaling and is accompanied by an editorial.

This new technique allows us to build a kind of social network of proteins that drives cellular behaviour.

“This new technique allows us to build a kind of social network of proteins that drives cellular behaviour,” said Dr Darren Saunders, from UNSW’s School of Medical Sciences, who led the study alongside the Garvan Institute’s Dr David Croucher.

“These complex and highly choreographed protein networks are often disrupted in cancer and other diseases,” Dr Saunders explained. “By mapping them – a bit like building a giant subway map – we can better understand the unique biology of cancer. In turn, this helps us understand how cancer cells respond to drugs and may eventually help us find new targets for therapy.”

The research also provides insight into the molecular changes associated with drug resistance in cancer cells, a significant problem in treating the disease.

The BiCAP method uses an engineered “nanobody” which is able to recognise a very specific arrangement of protein fragments formed when two proteins interact with each other. The development of this approach took several years and was started while Dr Saunders was working at the British Columbia Cancer Centre in Vancouver, Canada and Dr Croucher was working at University College Dublin in Ireland.

The researchers said the technology could be useful for scientists working on other diseases and to explore protein networks in diverse contexts including biomedical, agricultural, and developmental biology.

In an editorial accompanying the research paper, journal editor Dr Nancy Gough said the importance of biomolecular interactions could not be overstated.

“The molecular side of signaling still has many secrets to reveal.

Dr Saunders said the ultimate aim of the BiCAP research was to develop new targets and methods to combat cancer, however the creation of those drugs and therapies was still some way off.

Read the paper and accompanying editorial.

Many women with breast cancer may not need chemo, but beware misleading headlines