Risky behaviour and adverse events are increasing among ecstasy users

A survey to determine trends in the patterns of Australian drug use and the drug market has found a shift towards the higher purity crystal form of MDMA. 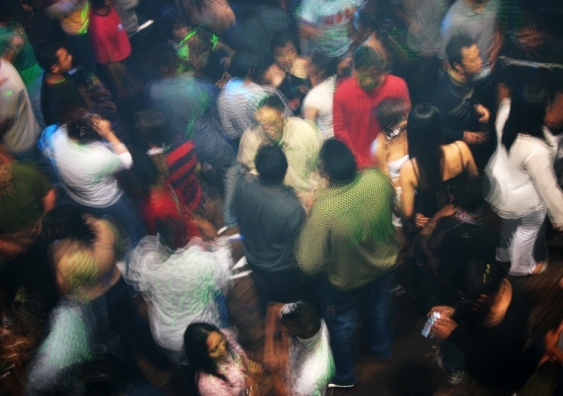 One in five young Australians who regularly use psychostimulant drugs report consuming a drug of unknown contents, almost half report mental health problems and a quarter have experienced an adverse event related to their drug use, a report produced by the National Drug and Alcohol Research Centre (NDARC) has found.

The Ecstasy and Related Drugs Reporting System (EDRS), which annually surveys people who regularly use psychostimulants to determine trends in the patterns of drug use and the drug market, has also found that the shift towards the higher purity crystal form of MDMA (ecstasy) noted in last year’s report has continued.

The report, produced as part of NDARC’s National Drug Trends monitoring program, will be released on Wednesday at NDARC’s Annual Symposium to be held at UNSW Sydney.

The 786 survey participants, who must have reported use of a psychostimulant drug six times in the previous six months to take part, also reported using a wide range of other drugs including new psychoactive substances, cocaine, methamphetamine, alcohol and cannabis.

A third of the sample reported recent use of new psychoactive substances but use of these were infrequent – around one to two days in the previous six months. The sample also uses many types of hallucinogenic and dissociative drugs which alter perception or produce feelings of detachment.

Half reported using LSD in the previous six months and although stable from last year there has been an upward trend over time in use of hallucinogens. This suggests a rise in the popularity of hallucinogenic experiences.

Use of crystal methamphetamine among this group has continued to decline, with only 13% of the sample reporting any use in the previous six months, a significant decline from the 52% of people reporting use of the drug when the survey began in 2003.

Of concern is that one-fifth of them are taking drugs without knowing what is in them, a quarter have experienced an adverse event and they report high rates of mental health problems, and 42% of the sample reported weekly or more use of psychostimulants.

Head of the Drug Trends Program Professor Alison Ritter said that while the two samples were very different and showed a different pattern of drug use, both groups were experienced in regular drug use and exposed themselves to a range of harms, although the harms were different in each sample.

“People who regularly use psychostimulants are younger, more likely to be employed or full-time students and more likely to have been in tertiary education than our sample of people who inject drugs,” said Professor Ritter. “They have low rates of injecting use and declining crystal methamphetamine use but they are still exposing themselves to significant harms.

“Of concern is that one-fifth of them are taking drugs without knowing what is in them, a quarter have experienced an adverse event and they report high rates of mental health problems, and 42% of the sample reported weekly or more use of psychostimulants. They are also regularly smoking cannabis – 62% used cannabis at least weekly.”

The percentage of the sample who reported pharmaceutical opioid (mostly injecting) use ranged from 19% for oxycodone to 27% for morphine.

Benzodiazepine use is common amongst this group with half using prescribed or illicit benzodiazepines – but only five per cent injected the drug.

“Frequency of injecting is increasing slightly and nearly half of the sample reported a recent mental health problem,” said Professor Ritter.

“On a positive note, we have not seen any increase in self-reported experiences of overdose among this group and there has been a decrease in equipment sharing.”

What goes on inside a medically supervised injection facility?