UNSW has won three of four prizes at the Royal Society of New South Wales awards, including a coveted medal not presented for 20 years. 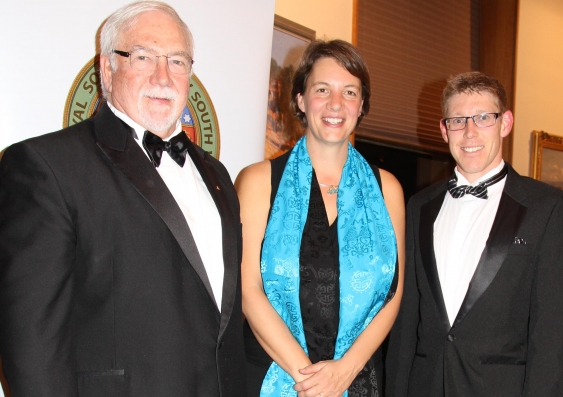 UNSW has won three of four prizes at the Royal Society of New South Wales awards, including a coveted medal not presented for 20 years.

At a gala dinner in Sydney, UNSW Professor of Optometry Brien Holden was recognised for his outstanding contributions to science and humanity with the James Cook Medal. He joins an elite group of recipients that includes Nobel Prize winners Sir Frank Burnet, Albert Schweitzer and Sir John Eccles, as well as former Australian of the Year Sir Gustav Nossal.

Professor Holden, who is CEO of the Brien Holden Vision Institute, is responsible for translating scientific research into breakthrough products and tackling the leading causes of blindness and vision impairment through social enterprise and public health initiatives in more than 40 countries around the world.

“I am extremely honoured to receive this award and offer my gratitude to my family, my University and my wonderful collaborators in research, education and public health who have provided immense support,” says Professor Holden, who has worked in the field for 40 years.

The Society has described Professor Simmons’ research - which has produced the first single atom transistor and the world’s narrowest conducting wires in silicon - as “results of truly global significance”. For this, she received the Walter Burfitt Prize, which is awarded every three years.

The 2013 Edgeworth David Medal, which is awarded for outstanding achievement by a scientist under the age of 35, was given to Associate Professor Wilson for “his exceptional contributions to the mathematical modelling of HIV/AIDS epidemics” and for “evaluation and strategic planning of global, regional and country‐level responses to this disease”.

David Wilson’s win is the fourth time in six years UNSW has taken out the prestigious Edgeworth David Medal.

The awards dinner was followed by the Distinguished Fellows lecture, which was delivered by former Science Minister Professor Barry Jones.