RSV study reveals age when infants are most vulnerable to asthma

New research suggests a maternal vaccination against RSV should be augmented with active immunisation in a child’s first two years to reduce the onset of asthma. 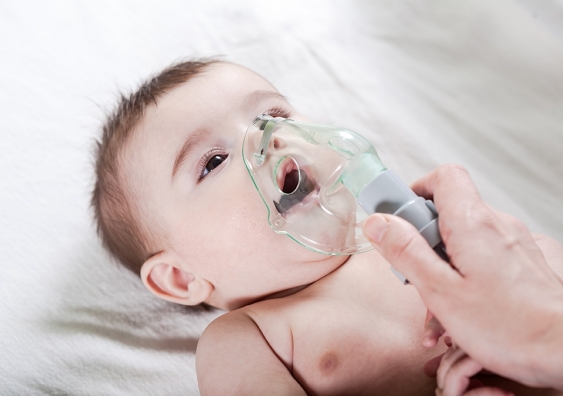 Infants hospitalised with RSV after six months of age are twice as likely to develop severe asthma in later years than babies who get severe RSV in their first six months. Picture: Shutterstock

Infants who contract severe respiratory syncytial viral (RSV) disease after the age of six months are twice more likely to develop severe asthma in later years than babies who get the disease prior to six months.

These findings were revealed by an extensive UNSW study of hospitalised babies due to RSV in NSW over a 10-year period.

RSV is the leading cause of lower respiratory tract infections like bronchiolitis in infants, and in severe cases requires hospitalisation. Early RSV disease is also a strong predictor of childhood asthma.

Study lead author Dr Nusrat Homaira from UNSW’s School of Women's and Children's Health says the research has important implications for the development and implementation of a promising vaccine which is now in its third and final stage of testing.

“In the last 10 years there has been unprecedented development of a vaccine for RSV because it's such a huge problem,” she says, adding that 80 per cent of infants get the disease by their second birthday.

“The vaccine under development is going to be given to women during their third trimester to boost the maternal antibodies, which will protect babies against severe RSV.”

However, Dr Homaira says protection from a ‘passive’ vaccine administered to an expectant mother may only protect as far as six months into the baby’s life following birth. After this time, an infant could still develop an RSV infection.

This is where the new research provides some new  knowledge. Dr Homaira and her co-authors looked at 18,042 children with severe RSV disease who were hospitalised in their first two years of life in NSW between 2001 and 2010 and saw two interesting patterns emerge.

First, 60 per cent of all admissions were for infants aged six month or younger. 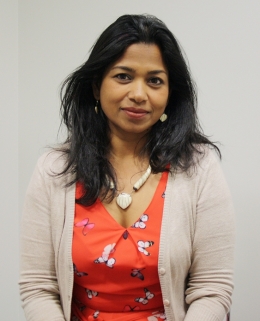 “This confirmed that there is a very good reason to develop the maternal vaccine, because it is going to protect them in the first six months of their life,” Dr Homaira says.

But the second finding was one that surprised the team – that of the 40 per cent who were hospitalised after the age of six months, more of these children went on to return to hospital with severe asthma in later years than the cohort of infants who contracted RSV in their first six months of life.

“So what our analysis showed is that even though you get more RSV in the first six months of life, if you get severe RSV after six months of age, the rate of subsequent asthma is actually higher in those children.”

The authors believe this new knowledge should inform the strategy to implement the immunisation against RSV once the trial phase has ended to boost immunity beyond the reach of the maternal vaccine.

“While the maternal vaccine is extremely important for our children, we also need an active vaccination strategy or an active vaccine candidate that is going to protect children in the first two years of life,” Dr Homaira says.

In a previous study, Dr Homaira looked at the rate of asthma in children who had been hospitalised from RSV in their first two years and those who hadn’t. That study concluded that the first group was twice as likely to develop asthma than those children who hadn’t had severe RSV.

But the most recent study was the first to examine at what age an infant is most vulnerable to developing asthma after a severe bout of RSV.

“This is a novel study, there is nothing published in this space which has looked at this specific analysis,” Dr Homaira says.

“So one of our conclusions in the paper is there is need for further study in other settings to validate what we have found out.”

Dr Homaira is part of a worldwide study into RSV which aims to look into the burden of RSV disease and provide data necessary for vaccine development. She says she is very optimistic about the maternal vaccine and hopes it will be available in about two years.

The study was released today in the Journal of Infectious Diseases.