A major new piece of research reports on the results of one of the largest dietary intervention studies ever conducted. 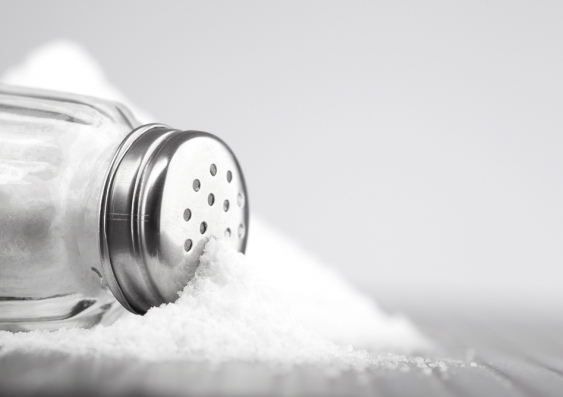 High levels of sodium intake and low levels of potassium intake are widespread, and both are linked to high blood pressure and greater risks of stroke, heart disease and premature death. Photo: Shutterstock

Presented at the European Society of Cardiology Congress in Paris overnight and simultaneously published in the New England Journal of Medicine, the results also showed there were no harmful effects from the salt substitute.

High levels of sodium intake and low levels of potassium intake are widespread, and both are linked to high blood pressure and greater risks of stroke, heart disease and premature death. Using a salt substitute – where part of the sodium chloride is replaced with potassium chloride – addresses both problems at once. Salt substitutes are known to lower blood pressure but their effects on heart disease, stroke, and death were unclear until now.

Lead investigator, Professor Bruce Neal of The George Institute for Global Health, said that the scale of the benefit seen in the study could prevent millions of early deaths if salt substitutes were widely adopted.

“Almost everyone in the world eats more salt than they should. Switching to a salt substitute is something that everyone could do if salt substitutes were on the supermarket shelves,’’ he said.

“As well as showing clear benefits for important health outcomes, our study also allays concerns about possible risks. We saw no indication of any harm from the added potassium in the salt substitute. Certainly, patients with serious kidney disease should not use salt substitutes, but they need to keep away from regular salt as well,” Prof. Neal said.

The Salt Substitute and Stroke Study enrolled 21,000 adults with either a history of stroke or poorly controlled blood pressure from 600 villages in rural areas of five provinces in China – Hebei, Liaoning, Ningxia, Shanxi and Shaanxi – between April 2014 and January 2015.

Participants in intervention villages were provided enough salt substitute to cover all household cooking and food preservation requirements – about 20g per person per day – free-of-charge. Those in the other villages continued using regular salt.

During an average follow up of almost five years, more than 3000 people had a stroke. For those using the salt substitute, researchers found that stroke risk was reduced by 14 per cent, total cardiovascular events (strokes and heart attacks combined) by 13 per cent and premature death by 12 per cent.

Prof. Neal said that because salt substitutes are relatively cheap (about $US1.62 per kilo versus $US1.08 per kilo for regular salt in China) they were likely to be very cost effective too.

“This is quite simply the single most worthwhile piece of research I’ve ever been involved with. Switching table salt to salt substitute is a highly feasible and low-cost opportunity to have a massive global health benefit.”

Australian ready meals are saltier than ever: study

Soon you'll need to be vaccinated to enjoy shops, cafes and events - but what about the staff there?