Death is one of the final taboos in medicine, but UNSW researchers are proposing a practical rethink around end-of-life care for the elderly. 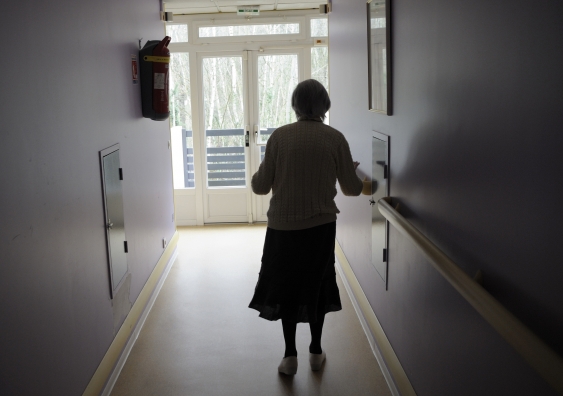 A quiet revolution has taken place in the kind of people admitted to intensive care since Dr Ken Hillman first started working in the field 35 years ago.

Then, the vast majority of patients in high-support units were young people with acute but reversible conditions. Now, typically, they are the frail elderly – 80+ year olds with dementia and urinary tract infections.

Such an infection would once have been the “natural, painless way that people just drifted away”, Hillman says, but remarkable advances in antibiotics and medical technology mean the lives of terminally ill elderly patients can now be prolonged.

For Hillman, professor of Intensive Care and founding director of UNSW Medicine’s Simpson Centre for Health Services Research, these changes have brought a new dilemma for medical staff.

“Doctors are programmed to treat and cure, they’re not programmed to stand back,” he says. “Yet increasingly I saw that what I was doing in intensive care was perverse.”

As the population ages, debate about how much we should prolong life – and in what settings – has intensified.

A Grattan Institute study published in the Medical Journal of Australia earlier this year found death in Australia was now “highly institutionalised”, with 54% of people dying in hospital and 32% in residential care. Only 14% of people died in their homes or elsewhere.

Yet, according to Hillman, two out of three Australians want to die at home in a dignified way.

He says there is a ‘conveyor belt’ of factors driving terminally ill elderly people into hospital for ever-increasing, and costly, interventions.

Doctors fear becoming the target of litigation if there’s a perception they haven’t done all they can for patients. Also, medical specialisation has meant specific organs and systems are treated in isolation, often to the detriment of the patient as a whole.

Most importantly, Hillman says, there is a stubborn reluctance to talk about death.

“It’s seen as taboo; doctors aren’t trained to talk about it, and they think perhaps patients don’t want to know these things,” he says. “It’s a mindset. With cancer, you talk prognosis. With the elderly frail, you just have to keep treating.” 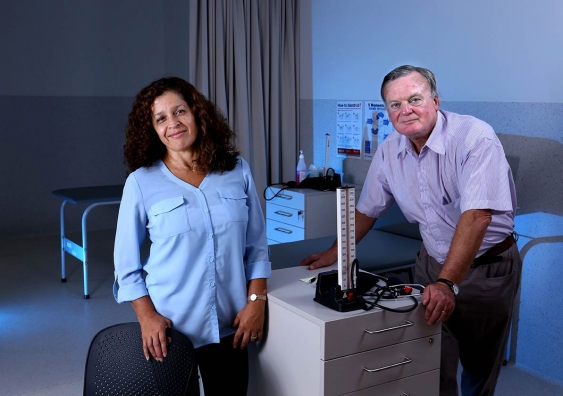 Dr Magnolia Cardona-Morrell, an epidemiologist from the Simpson Centre, says medical practitioners are taught to do everything possible to save this life, but at what cost?

“It’s okay to do everything when we know the chances of survival and quality of life for the person will be preserved,” she says. “But when we know this is unlikely and there will only be suffering and stress for everybody involved, we need to reconsider how ethical it is to continue.”

Cardona-Morrell and Hillman are proposing a radical rethink about the way terminally ill elderly patients experience medical treatment, hoping to spark end-of-life conversations they believe are currently happening too late.

Using a checklist called CriSTAL – Criteria for Screening and Triaging to Appropriate Alternative Care – they hope to predict how likely a terminally ill elderly patient is to die within the next three months.

It is designed to get the elderly, their caregivers and loved ones talking about how far they would like to pursue medical treatment to prolong life when their condition deteriorates, including admission to intensive care, rescue surgery or futile chemotherapy.

“What we don’t want,” says Cardona-Morrell, “is what we see all the time: people coming to hospital many times in the last months of life, and the family still doesn’t know they’re dying. They go into a coma and the family suddenly has to make these difficult decisions without knowing what the patient would have preferred.

“This tool may prevent the distress of the family and the suffering of the patient by giving them information. This is about empowering the patient to make an informed decision with their doctor, about their preferred time to discontinue aggressive treatments and where they prefer to die. And it’s empowering the doctor to be more confident about their prognosis.”

CriSTAL will be trialled at a number of hospitals across Australia and overseas as the research team fine-tunes its metrics with a view to determining if the tool is useful and accurate enough to be used routinely.

A study describing CriSTAL was published in BMJ Supportive & Palliative Care in January. It was welcomed by clinicians in Australia but met with fierce criticism in the US where opponents dubbed it a ‘death test’ that could be used to deny patients insurance or treatment.

Cardona-Morrell says the point of the study was to generate debate within the community but she never anticipated such a firestorm.

“I think it’s because many people didn’t have the courage to talk about it openly before,” she says.

“We understand it is a very emotional subject for everybody – nobody wants to lose a relative and you want to feel that you did everything within your reach. But at some point we have to accept that they’re old, they have limited reserve in their organs, they have advanced chronic illnesses, they’re frail and they aren’t going to survive.”

It’s an issue that has touched both doctors personally.

Cardona-Morrell’s father died at home from a terminal illness after refusing to return to hospital, a decision she supported but which divided her extended family.

Hillman had the opposite experience with his mother, who died aged 86.

“She was scoring maximally according to the CriSTAL project but I still went along with the increasing hospitalisations, because I was a son, not a doctor,” he says.

“It wasn’t until a geriatrician said, ‘Look, what we’re doing is madness, your mum’s really suffering’, that there was this huge relief – but of course it had to come from him.”

Hillman is a pioneering figure in intensive care. He is the architect of a system known as the Medical Emergency Team (MET), a high-tech, specially trained taskforce that responds to deterioration and cardiac arrests in hospital.

Since its introduction in 1994, the MET has reduced mortality and saved thousands of lives. It has been exported worldwide.

Despite the end-of-life controversy, Hillman feels there is an inevitability around more openness on death. He believes the baby boomer generation will drive the dying process out of hospitals in the same way they reclaimed childbirth.

“We need to overcome our own reluctance to talk about death. It’s important to people who want to know,” he says.

The patient is 65 years or older