While only a small proportion of Australians buy illicit drugs online, continued monitoring is critical because of its indication of usage patterns in the wider community, write Lucy Burns and Joe Van Buskirk. 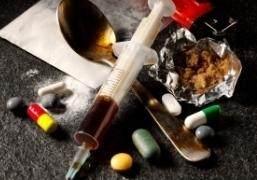 OPINION: Fears that online drug marketplaces are flooding communities with illicit drugs may be unfounded, according to the first Australian survey of such websites. While the survey found the number of online drug retailers is growing, just 3% of Australian users buy their drugs online.

Despite media speculation about the prevalence of online drug stores, there has been little systematic monitoring of online marketplaces – until now. We actively monitored these marketplaces from August 2012 to February 2013 and released a bulletin detailing our findings this morning.

We monitored two types of sites – those existing on the “surface web” and those on the “deep web.”

Surface websites are those that are registered with search engines, and can be identified using web searches. Our monthly searches consisted of identifying retailers willing to ship to Australia and recording what substances were on offer.

The most commonly available substances by the retailers quantified on the surface web included the ecstasy-like stimulant 6-APB, followed by the methamphetamine-like stimulant ethylphenidate and the LSD-like hallucinogen aMT (alpha-Methyltryptamine).

The vast majority of surface web retailers selling these substances were from countries other than Australia. The substances they sold were not necessarily controlled in their country of origin so the products were shipped to Australia at the risk of the buyer.

On the Silk Road

Silk Road, which is accessible via the “deep web”, operates in a similar way to online marketplaces such as eBay. But transactions are conducted using “bitcoin” currency (a decentralised currency favoured by online buyers wishing to remain anonymous) and are therefore encrypted.

We accessed Silk Road fortnightly via a dedicated Australian user account and recorded the total number of retailers selling each available substance. We recorded the point in time when each retailer was first identified and recorded their country of origin.

Cannabis and EPS were sold by the largest number of Silk Road retailers, followed by MDMA and pharmaceuticals (primarily benzodiazepines and sildenafil).

The most common emerging psychoactive drugs available included: the “2C-x” family (comprising 2C-B, 2C-I and 2C-E, among others), an ecstasy-like substance with hallucinogenic properties sometimes referred to as “trypstasy”; followed by the LSD-like NBOMe family (comprising 25B-NBOMe, 25I-NBOMe and 25E-NBOMe, among others); the hallucinogenic DMT (dimethyltryptamine); and the substituted cathinone mephedrone, known as “Meow Meow” or “M-Kat”.

Significantly, with the exception of the NBOMe family, the EPS available on the Silk Road closely mirrored those commonly used by participants in our “real world” drug monitoring program, the Ecstasy and Related Drug Reporting System (EDRS): an annual study consisting of face-to-face interviews with regular ecstasy users.

This suggests that Silk Road is a useful indicator and early warning system of drug usage patterns in the wider community.

The total number of retailers on Silk Road selling to Australia increased significantly over our six-month monitoring period, from 282 retailers in mid-September 2012 to 374 in early February 2013.

But only one in ten of the new sellers was from Australia, reflecting a slower increase in the number of domestic retailers compared with international traders. This is probably because of Australia’s geographic isolation, and the increased difficulty and risk of international importation when compared with other centres in North America and Europe.

The total number of retailers on the surface web remained stable during the time we conducted our study.

It’s not possible to work out how often, and in what amounts, illicit and emerging substances are being purchased online in Australia. But our regular drug monitoring program suggests low usage of the internet for purchasing drugs among existing ecstasy consumers. Only 3% of the people we spoke to in our regular survey said they had used the internet for the last purchase of any substance.

But given the potential for the internet to influence the nature of illicit drug markets in Australia, continued monitoring of its usage is critical.

Dr Lucy Burns is a Senior Lecturer in Epidemiology and Joe Van Buskirk is a Research Officer at at the National Drug and Alcohol Research Centre, UNSW.