Contrary to conventional wisdom, short-term hearing loss after exposure to loud noise does not reflect damage to our hearing but the body’s way of coping. 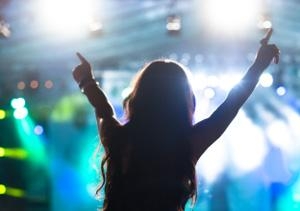 Contrary to conventional wisdom, short-term hearing loss after sustained exposure to loud noise does not reflect damage to our hearing: instead, it is the body’s way to cope.

The landmark finding could lead to improved protection against noise-induced hearing loss in future.

The research, led by University of New South Wales Professor Gary Housley, has found that “reversible hearing loss” is a physiological adaptation mechanism, allowing the cochlea (the auditory portion of the inner ear) to perform normally when exposed to noise stress.

“This explains why we lose our hearing for hours or days after we have been exposed to a rock concert, for example. The adaptation mechanism has been switched on," says Professor Housley, from UNSW Medicine, who worked with researchers from the University of Auckland and the University of California, San Diego.

The research, published in the prestigious journal Proceedings of the National Academy of Science (PNAS), found that as sound levels rise, the cells in the cochlea release the hormone ATP, which binds to a receptor, causing the temporary reduction in hearing sensitivity.

In the lab, the researchers made the remarkable finding that those mice without the receptor showed no loss of hearing sensitivity when exposed to sustained loud noise. However, these mice were much more vulnerable to permanent noise-induced hearing loss at very high noise levels.

This correlates with a finding in an earlier paper from the group, which reveals a genetic cause of deafness in humans involving the same mechanism. Two families in China with a mutation in the ATP receptor have shown rapidly progressing hearing loss that is accelerated if they work in noisy environments.

Now that the team has shown the receptor is protective, the researchers are hoping to target this pathway to better protect the ear against noise in loud environments.

While this research has found that the cochlea can deal with loud sound on occasion, constant loud noise can lead to irreversible damage, through the loss of high frequency hearing.

“It’s like sun exposure,” explains Professor Housley. “It’s not the acute exposure, but the chronic exposure, that can cause problems years later.”

Another lead investigator of the study, Professor Allen Ryan, from the University of California, San Diego says: “If the efficiency of this gene varies between individuals, as is the case for many genes, it may go some way to explaining why some people are very vulnerable to noise, or develop hearing loss with age and others don’t.”

But even those who don’t have a family history of hearing loss have cause for concern.

“Because our hearing sensitivity adapts, we can withstand loud noise, but we can’t sense the absolute intensity of the sound and if we exceed the safe sound upper limit, we will damage our hearing – despite this protective adaptation mechanism we have discovered,” says Professor Housley from the School of Medical Sciences. “This is clearly the case for personal music devices, these deliver much higher sound levels into our ears than naturally occurred as our hearing sense evolved.”

The University of Auckland lead researchers were Professor Peter Thorne and Dr Srdjan Vlajkovic. The research was funded in part by the National Health and Medical Research Council in Australia, alongside funding bodies from New Zealand and the US.

Listen up: warnings about MP3 players

Researchers discover how the brain balances hearing between our ears