Opinion Should mines be approved on money alone?

Economic development cannot be the sole or even the main consideration when judging the legitimacy of planning and development regulations, write Patrick Harris and Peter Sainsbury. 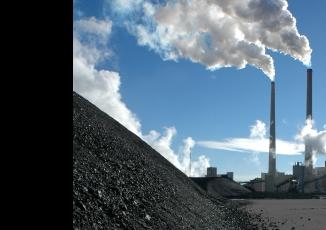 OPINION: Recently the New South Wales Department for Planning and Infrastructure proposed changes to the State Environmental Planning Policy that governs mining. This amendment will make the policy an instrument to promote development of mineral resources. When the relevant planning authority is deciding whether to approve a mining proposal, the economic significance of the mining resource will override all other considerations.

Imagine this: it is 2015 and coal is discovered under the Bondi to Bronte coastal walk. The community is concerned and the local council moves to block mining development. But the 2013 amendment to the NSW State Environmental Planning Policy (SEPP) for mining, petroleum and extractive industries has come into force.

The Minister for Planning and Infrastructure states that, under the amended planning policy, the Bondi mine is a “relevant significant mineral resource to the State and to regions, based on economic benefits…”

The heavy machinery rolls in.

This scenario sounds preposterous, but it shouldn’t be dismissed. The consultation draft for the amendment:

The wording of the amendment is not only disingenuous but potentially disastrous for the communities it will, eventually, affect. Worryingly for the public consultation on the proposed amendment, the accompanying FAQ sheet contained no mention that the wording of the draft bill makes economic significance the principal consideration overriding all others.

Both the International Council on Mining and Minerals and the International Finance Corporation recognise sustainable development requires an explicit balance of economic, environmental, social and health considerations.

Closer to home, a recent Senate inquiry into the impacts on health of air quality in Australia found balancing a broad range of issues, including economic development, is essential for mitigating the health impacts of increased mining.

Why is this amendment happening now? It is widely believed the amendment is a response to the decision by the NSW Land and Environment Court in April this year. That decision overturned the Minister for Planning’s approval for Coal and Allied to extend its coal mining operations at its Mt Thorley mine near the small town of Bulga.

The appeal to the Land and Environment Court was led by the Bulga Mibrodale Progress Association, representing many of Bulga’s residents. The Minister and Rio Tinto have now joined forces to have the court’s decision overturned by the NSW Supreme Court. The amendment could be the Minister’s way to prevent similar inconvenient examples of community activism in the future.

Coal and gas mining has become a battle ground. Local residents are fighting to protect their health, properties and local environment. They are joining forces with climate change activists fighting to keep fossil fuels in the ground.

Meanwhile, mining companies and fossil fuel dependent energy generators, and the industries that spin off them, are fighting to maintain their highly profitable but time-limited industries for as long as possible.

Local, state and national governments line up with one side or the other on a case-by-case basis. It depends whether their current priority is preventing global warming, promoting economic growth, protecting health, maintaining local agricultural or industrial employment opportunities, satisfying political backers or getting re-elected.

But being big and rich and powerful no longer gives you the ability to control resources, information and decisions the way it used to. Information technology and organisations like GetUp have allowed ordinary citizens to become more organised and active.

On-again, off-again developments like the one at Bulga are likely to become more common. So are responses like the proposed amendment to the NSW mining planning policy, and the opposition it has generated.

Responsible governments are going to need good data, good community participation and decision making mechanisms and a clear focus on both the short and long term consequences of decisions to navigate societies through the crucial next decade.

Patrick Harris is a Research Fellow in the Centre for Primary Health Care and Equity at UNSW. Peter Sainsbury is an Adjunct Associate Professor of Public Heath at Sydney University.

Give Medicare Locals a chance to improve health equity