Pill testing kits or booths at venues where pills are known to be consumed could inform users about the content of illicit drugs, writes Alison Ritter. 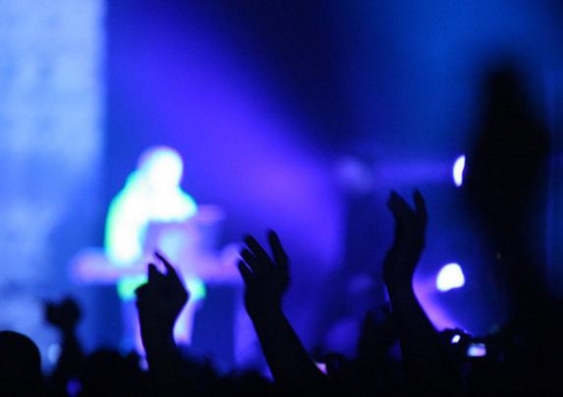 OPINION: The death of 19-year-old Georgina Bartter at a music festival on the weekend from a suspected ecstasy overdose could possibly have been avoided with a simple harm-minimisation intervention. Pill testing, or drug checking as it’s known in Europe, provides feedback to users on the content of illegal drugs, allowing them to make informed choices.

Taking illicit drugs, especially ecstasy, is not particularly unusual for someone of Bartter’s age. A 2010 survey found more than 11% of 20- to 29-year-olds and 7% of 18- to 19-year-olds had taken the drug in the previous 12 months. According to annual research among 1,000 ecstasy users, 70% of these pills are taken at clubs, festivals and dance parties.

Australia is internationally applauded for our harm-minimisation approach to drugs but we have failed to introduce pill testing, even though it is an intuitively appealing strategy.

Pill-testing kits or booths at venues where pills are known to be consumed could inform users about the content of illicit drugs. As we have equipment that can test drugs in real time, people intending to take them could have them checked beforehand.

Research shows young people are highly supportive of pill testing; more than 82% of the 2,300 young Australians aged between 16 and 25 years surveyed for the Australian National Council on Drugs in 2013 supported its introduction. The finding is consistent with young people’s overall views about drugs: they want better information in order to make informed choices.

Pill testing is not a radical idea. As a harm-reduction intervention provided by community and local governments, it’s available in several European countries including the Netherlands, Switzerland, Austria, Belgium, Germany, Spain and France. But the legal status of the service is unclear and there is no formal government endorsement of the measure.

Nonetheless, its effectiveness is strongly grounded in evidence. There are good reasons why this country should introduce the measure.

First, pill testing has been shown to change the black market. Products identified as particularly dangerous that subsequently became the subject of warning campaigns were found to leave the market.

Research also shows the ingredients of tested pills started to correspond to the expected components over time. This suggests pill testing might be able to change the black market in positive ways.

Third, pill testing changes behaviour: research from Austriashows 50% of those who had their drugs tested said the results affected their consumption choices. Two-thirds said they wouldn’t consume the drug and would warn friends in cases of negative results.

Visits to pill-testing booths create an important opportunity for providing support and information over and above the testing itself. They enable drug services to contact a population that is otherwise difficult to reach because these people are not experiencing acute drug problems. Indeed, the intervention has been used to establish contact and as the basis for follow-up work with members of not-yet-problematic, but nevertheless high-risk, groups of recreational drug users.

Finally, pill testing means we can capture long-term data about the actual substances present in the drug scene. And it creates the potential for an early warning system beyond immediate users. This is becoming all the more important as new psychoactive substances that may be used as adulterants are appearing more frequently.

A harm-reduction approach to drugs is always a balance between benefits and risks: the availability of pill testing reduces harm, but it may increase risks for some. Not everyone will use the service and some may ignore the results and risk being subject to potentially harmful drugs.

It may also lend the appearance of safety when, in reality, the pills remain illegal and potentially harmful. What’s more, we will need to ensure that pill-testing results are accurate by researching the effectiveness of testing kits.

Of course, critics will argue the measure will “send the wrong message”. But the messages we’re currently sending are that we don’t want informed consumers and we don’t want to reduce harm from illicit drug use. They’re clearly not quite right either.

Australia should run a trial of pill testing and assess its benefits and harms so we can then make an informed choice about this intervention.

The growth in new psychoactive substances and the ever-evolving chemical composition of drugs, coupled with the need to reduce the harms from pill use, means this is an idea whose time has come. And although the coroner has yet to confirm the exact cause of her death, the final reason for introducing pill testing is that it may help avoid the needless loss of young lives like that of Georgina Bartter.

Alison Ritter is a Professor & Specialist in Drug Policy at UNSW.