UNSW research that simulates a smallpox pandemic and its global implications is among the first studies published in the new open access journal Global Biosecurity. 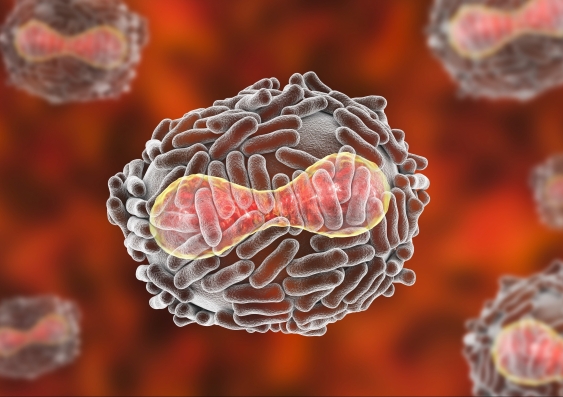 A major biosecurity attack could expose vulnerabilities in global systems with potentially catastrophic effects, a white paper published in the first edition of Global Biosecurity shows. The report is the first of its kind to provide a framework for the development of national and international policy and legislation.

The research, led by Professor Raina MacIntyre at the Kirby Institute at UNSW Sydney, explores a bioterrorism simulation called ‘Exercise Mataika’, which used the hypothetical scenario of a smallpox attack in the Pacific to examine local, regional and global preparedness. The exercise brought together multidisciplinary experts from around the world.

According to the research, the scenario is a higher risk today because of major advances in biology and DNA editing. A UN Security Council Report issued in February 2019 also highlights the increased risk of biological attacks.

“Using mathematical modelling of smallpox transmission, we simulated a worst-case, large scale bioterrorist attack. To get rid of smallpox from the world, we would need to isolate more than half the people who contracted the virus. In this hypothetical scenario, we would also need to vaccinate, using the very limited global stockpile, more than half those who came into contact with them. If we failed to do this, our modelling shows that smallpox could be with us for 10 years or more,” said Professor MacIntyre, head of the Kirby Institute’s Biosecurity program. “Through our research we have been able to outline very clear disease control targets for vaccination and also isolation of sick people. Both require physical and human resource, which are not readily available in low income countries.”

Global Biosecurity is a new open-access journal being published by UNSW Sydney, in conjunction with Ubiquity Press. A follow up smallpox simulation will be held in the US, on 21-22 November 2019.

“It is essential that researchers have a platform to equitably disseminate cross-disciplinary research findings. The rapid transfer of information from researchers to policy makers will ensure that the teams at the frontline of epidemics are equipped with the latest, up-to-date knowledge,” said Associate Professor David Heslop from the School of Public Health and Community Medicine at UNSW Sydney, who is an editor for the Global Biosecurity journal.

Also included in the journal’s first edition is research on a range of topics including smallpox, diphtheria in Rohingya refugees, malware cyber-attacks on hospital data, as well as an invited commentary on smallpox by leading US expert Professor Michael Osterholm from the University of Minnesota.

How contagious is the coronavirus and can you spread it before symptoms start?