Opinion Some reasons why you should avoid sleeping pills

There’s certainly no good rationale for using hypnotic drugs for the long-term, and there are effective non-drug options for treating insomnia that are not pursued nearly often enough, argues Ric Day. 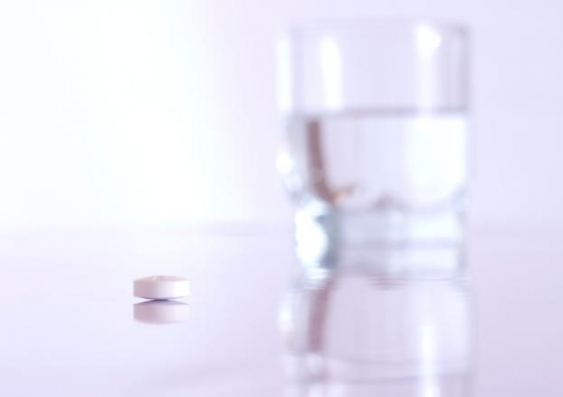 OPINION: We’ve known for a long time that hypnotic drugs are not good to take for more than one to three weeks because they are habit-forming and increase the risk of accidents. And there’s now a growing body of evidence that shows they could be increasing the risk of premature death.

Hypnotics are medicines prescribed specifically to help people suffering from insomnia get a good night’s sleep. This includes people who have difficulty getting to sleep as well as those who struggle to stay asleep.

The class of hypnotics prescribed the most are benzodiazepines or very closely related drugs. In this benzodiazapine class are temazepam (Normison, Temaze), flunitrazepam (Hypnodorm) and nitrazepam (Mogadon).

While these drugs are typically prescribed to people suffering from insomnia, some other well known benzodiazepines such as diazepam (Valium), oxazepam (Serepax) and alprazolam (Xanax) are also prescribed for anxiety.

The “Z” group of newer hypnotic medicines such as zolpidem (Stilnox) and zopiclone (Imovane, Imrest), are very similar to the benzodiazepines in their mechanisms of action and have identical issues.

Despite claims to the contrary, no hypnotic delivers sleep of the same quality as natural sleep. And there are a number of proven non-drug treatment options for insomnia, such as simple relaxation techniques that are definitely better in the long term.

The hypnotic drugs, on the other hand, are habit forming, dull cognitive abilities, increase the risk of hip fractures from falls and make other accidents more likely, especially when combined with alcohol.

They also cause serious withdrawal reactions when chronic use is stopped suddenly. Such reactions include seizures (with the risk of fractures), but more commonly, worse insomnia (and often anxiety) continue for weeks after stopping taking the drugs.

But despite these problems, a large and fairly static proportion of the population (about6% to 10% of adults) continue to take these drugs over long periods of time. And this rate increases among older people, particularly women.

Adding to the already serious concerns about these drugs, there are now alarming reports linking all hypnotics with premature death and cancer.

Most recently, a study of over 10,000 people with the average age of 54 years who were prescribed hypnotics found they had a threefold or more increase in the risk of death compared to those not taking the drugs.

The researchers estimated between 300,000 to 500,000 excess deaths each year in the United States alone associated with hypnotic use. It didn’t matter which hypnotic drug was examined, and this included the newer shorter acting “Z” drugs such as zolpidem (Stilnox).

This well-performed study adds to over 20 others linking these drugs to premature death and a cancer diagnosis.

The obvious criticism of this line of research is that people taking hypnotics already had cancer or poor health and that was part of the reason they had sleeping problems and were prescribed the drugs in the first place.

Indeed, it’s fair to accept the possibility of the results being confounded or distorted by some undetected medical condition in a high proportion of the group prescribed hypnotics. This is always a concern and a possibility of observational studies.

The ideal would be to do a controlled study over two and a half years and randomly allocate individuals with disrupted sleep to either hypnotic medicines or a matched placebo and see if the results hold up.

But while this ideal study would most likely eliminate substantial biases, it would not be ethical. Best practice for insomnia treatment is not to prescribe these drugs beyond a few weeks and to rely on proven methods not involving drugs at all.

So we’re unlikely to have much better proof that there’s a greater risk of death and cancer among people who take hypnotics.

The possible mechanisms for this apparently substantial effect (premature death) remain elusive, but there are a number of possible reasons.

We know that a combination of hypnotic drugs and alcohol increases the risk of depression of brain functions that can lead to slowing of breathing. This can be lethal, especially for people who have chronic heart or lung disease.

And people taking hypnotics are more likely to have car and other accidents due to the hangover effects the next day. The drugs also increase rates of depression and therefore the risk of suicide.

But despite remaining uncertainties, this is another strong signal for prescribers and the community to be wary of chronic use of hypnotic drugs.

There’s certainly no good rationale for long-term hypnotic use. And there are effective non-drug options for treating insomnia that are not pursued nearly often enough.

Ric Day is a Professor of Clinical Pharmacology at UNSW.

I can't sleep. What drugs can I (safely) take?