One in three people with newly diagnosed bowel cancer and a genetic predisposition to further cancers would still not take the necessary steps to prevent disease. 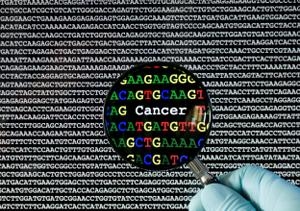 Even if Australians with newly diagnosed bowel cancer were routinely tested for a genetic predisposition to further cancers, one in three people would still not take the necessary steps to use that information to prevent further disease.

Researchers from UNSW Medicine took the extra step of screening for the hereditary Lynch syndrome in the 2,100 people with colorectal cancer who presented at a number of NSW hospitals* over a three-year period.

Researchers found that a significant number of these people (245) had a bowel cancer with features that suggested Lynch syndrome, which leaves people vulnerable to a range of other cancers including stomach, ovarian and uterine cancers. But as 30 per cent of people did not or could not act on the information found in the screening, by giving a blood sample and their consent, the diagnosis of Lynch syndrome was missed.

The study, which has just been published in the prestigious Journal of Clinical Oncology, is the first time the impact of routine screening for Lynch syndrome has been assessed on this scale.

“It’s like what Angelina Jolie had with breast cancer,” says the first author on the paper, Professor Robyn Ward, Head of the Adult Cancer Program at UNSW’s Lowy Cancer Research Centre. “Every first degree relative – parents, kids, siblings – has a 50 per cent risk of the having the condition.

“Even though we have the technology and the tools, there are very human reasons why people don’t, or can’t, participate,” she says. “Some of the reasons were unavoidable – people had mental health issues or language problems, or they died before they could agree.

“Sometimes people agreed to genetic testing, but didn’t want to know the outcome,” says Professor Ward. “Like a young woman who tested positive for Lynch syndrome. Because we can’t give her the results she can’t give it to her family, either.”

Every 18 months to two years, people with Lynch syndrome should have a colonoscopy. Often polyps or abnormalities can be removed then, without surgery.

“The tests we used on the bowel cancers in this study are very good, but they can’t be of benefit unless individuals who test positive act on the results,” says Professor Nick Hawkins, a co-author on the study and Head of the School of Medical Sciences at UNSW.

“These new genetic tests are very powerful,” says Professor Hawkins. “But it’s important to recognise the decisions and circumstances of patients can greatly reduce their usefulness in the real world. Both governments and funders need to understand this.”

*The hospitals from the South-East Sydney Illawarra Area Health Service cover roughly a quarter of the NSW population and include the Prince of Wales, Wollongong and St George hospitals.

Funding: The research was supported by a strategic research partnership grant from Cancer Council NSW

Heads in the sand is no way to face cancer risks