Ketamine may be useful as an antidepressant in urgent situations – where the patient is seriously depressed and acutely suicidal – and where other treatments have failed, writes Colleen Loo. 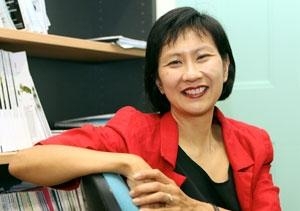 OPINION: The drug ketamine has been used for medical purposes since it was developed in the 1960s, but it is perhaps more widely known for its illicit use as a hallucinogenic tranquiliser. Now we’re beginning to realise the drug may have a future life as an alternative treatment for depression.

Ketamine is an approved anaesthetic drug, which can be used on its own, or in smaller doses in combination with other anaesthetics. Given under medical supervision, ketamine has powerful pain-killing properties and can also be used for mild sedation – for instance, for children who need to undergo multiple sessions of radiotherapy.

Under medical supervision, ketamine is very safe but in high doses, it can induce unwanted side effects such as hallucinations.

Ketamine has powerful effects on the brain receptors for glutamate, the main chemical in the brain responsible for the activation of nerve cells.

This led Dr Robert Berman and his colleagues at Yale University to investigate the antidepressant properties of ketamine. In 2000, he published a small proof-of-concept study of seven depressed patients. They were all given a single, relatively small dose of ketamine (less than an anaesthetic dose), which was administered intravenously over 40 minutes.

The results were impressive, with rapid antidepressant effects that were obvious after 24 hours and increased further up to three days after treatment.

On the down side, the drug caused some psychiatric side effects such as altered perception or hallucinations, though these resolved within the first two hours.

These very promising early results have been replicated in subsequent trials, which have shown that 70% of depressed participants responded to a single treatment with ketamine.

Some overseas studies even reported that depressed patients who had failed to respond to electroconvulsive therapy, currently the strongest physical treatment we have for depression, may yet respond to ketamine treatment.

My colleagues and I at the University of New South Wales and Black Dog Institute recently commenced the first Australian clinical trial testing the use of ketamine to treat depression, based at the Wesley Hospital in Kogarah. We’re trialling the effects of different doses of ketamine on volunteers who are clinically depressed and have failed to get better with other antidepressant treatments.

Results in the first eight volunteers have been encouraging, with all but one showing an improvement in mood. As found in the US trials, the response occurred rapidly, within a day of treatment.

But the trials so far have found that some people may relapse after a few days. So our research is also examining ways of making the response more lasting.

At this stage, it’s unclear whether ketamine may emerge as a useful stand-alone treatment, or as an adjunct to other treatments.

But we’re hoping that in future, ketamine may be useful to induce a rapid antidepressant response in urgent situations – where the patient is seriously depressed and acutely suicidal – and where other antidepressant treatments have failed.

Colleen Loo is a Professor of Psychiatry at UNSW.