Researchers have discovered a population of adult stem cells in the heart, raising the prospect of new therapies to help regeneration after heart attack or heart failure. 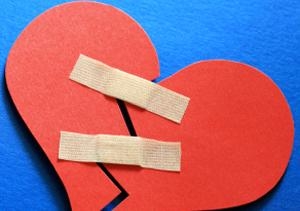 Researchers have discovered a new population of adult stem cells in the heart, which could augment the development of new regeneration and repair therapies for people who have suffered heart attack or heart failure, the leading cause of death in Australia.

The study, led by Professor Richard Harvey and his team at UNSW and Victor Chang Cardiac Research Institute (VCCRI), is published today in the international journal Cell Stem Cell.

Professor Harvey, who is Head of the Developmental & Stem Cell Biology Division at VCCRI and Sir Peter Finley Professor at UNSW, says the findings, which used the mouse as a model system, are hugely exciting.

“The first part of our study was actually the discovery and characterisation of a new population of multi-potent, adult stem cells that live in the heart – that is, stem cells that are extremely powerful in dividing, and responding to their native environment to form whatever tissue is needed for repair.

“The fact that this new group of cells are multi-potent, and highly specific to the heart, gives us great hope that when we translate these cells into the human setting, they will work well at regenerating and repairing a broken heart – or a heart that has suffered injury through heart attack or heart failure,” added Professor Harvey.

Heart disease claimed the lives of over 22,500 Australians in 2009, killing one Australian every 23 minutes.*

This is the first time this new population of stem cells has been formally described, and its origins clearly defined.

“We believe this population of cells are very high up in the stem cell hierarchy, and can generate a number of progenitor cells that would exist in a healthy heart, ready for action,” said Professor Harvey.  “This could bode very well for regeneration therapies that are just beginning to be trialed around the world with other populations of stem cells.”

To read the full story go to the VCCRI newsroom.