Are we inadvertently responsible for the high number of Australians dying through suicide in old age, asks Roderick McKay. 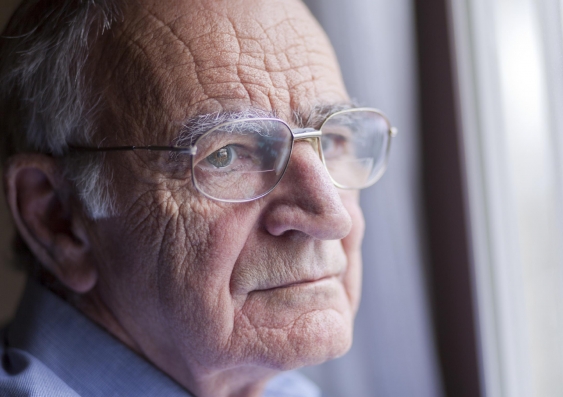 OPINION: The official figures on suicide from the Australian Bureau of Statistics (ABS) show that our oldest citizens, those aged 80 and above, are the most likely to die by suicide in our community.

While the community and media focus is often on youth suicide, the highest suicide rates are, in fact, among those aged 80-84 years (for females) and 85 and older (for males), according to the ABS's Causes of Death Australia 2012.

Each one of these older people dies in individual circumstances, with many leaving behind people wondering whether they could, or should, have done something. None, or very few, of those left behind will feel they knew the answer to that question before the person died.

None should feel guilt for the decision and action of someone else. However, we need to ask serious questions about our collective responsibility as a society.

These questions are very personal for me. Not only have I focussed my professional career as a psychiatrist on working with older people, but I have the privilege of hearing personal stories from older people and their families about their experience of mental illness, and attempts to get help for this: successful and problematic. I have also had my own experience of requiring treatment for depression, although successfully treated without facing that moment when life seems unbearable: but changing my understanding of what this may mean. It also brings home that mental illness can happen to anyone, at any age. Australians have one of the longest life expectancies in the world. We also have one of the better developed systems for providing both residential aged care and semi-equivalent care at home. So how can I ask if we are unwittingly encouraging older Australians to die through suicide?

The first reason is the misconception by advocates of euthanasia and assisted suicide that suicide in older people is largely driven by suffering associated with severe or terminal illness. It appears rare for a media report about suicide in older people not to be either framed as an argument for euthanasia, or responded to by advocates suggesting it was a logical act'.

We live in a country that rightly celebrates free speech, and the euthanasia debate is a legitimate one, with strong arguments exchanged. However, to use our most vulnerable citizens in this debate is highly problematic, especially when the potential influence of media upon suicide is well known.

There is wide variability between countries in the involvement of people in their 80s in legalised euthanasia or assisted suicide. Almost all of us fear disease, loss of abilities and dependence upon others, and concern this will occur as we age. Looking forward at these possibilities, we feel fear and believe we could not still enjoy life if these losses occur. But most older people face these fears and still value life and the joys it can bring, even when the object of fear cannot be beaten; unless something impedes this ability.

What else is more common in older people who die through suicide is depression. Not a transient sense of sadness that passes with a glass of good red, nor tearfulness at the passing of another good friend, or even constant frustration at losing health and abilities you have always valued. Rather, an immovable net that takes away satisfaction in past deeds, removes that sense you are useful to others, and interferes with every action; until effective treatment and support is provided, which is possible at any age.

This leads to the second reason we need to question our culpability as a society. We have failed to invest in what we know improves the quality of life of older people, as well as saving the economy money.

Social isolation and lack of inclusion remain major unaddressed problems for older people with mental illness. Canberra is the only Australian capital city in the WHO Global Network of Aged-Friendly Cities and Communities (www. agefriendlyworld.org) committed to promoting active ageing and ongoing quality of life. Older Australians have the worst access to mental health care of all adult Australians, and the latest available data suggests this access is getting worse, except in increasing use of residential mental health care services. People living in aged care facilities are mostly denied access to Medicare funded psychological services despite in the order of 50 per cent of residents reported to have mental illness in Australian Institute of Health and Welfare data.

Australia has multidisciplinary mental health teams with skills as good as any in the world, but with uneven and inadequate access. We also have excellent psychologists, but unlike comparable countries, there is very limited training provided for them regarding working with older people. Consequently, too many older people face an over-reliance on medication, and inadequate referral for effective psychological and social interventions.

Which leads to the third question Australians must ask themselves: Why has there been no action? There has been repeated recognition that Australia must act to improve access to quality mental health care for older people, yet as a country little progress has been made. Pockets of excellent planning and care show what can be done, but there is no planning for national action to make even good access and care the norm.

It is too easy to blame politicians, policy makers or health managers. We live in a democracy and ultimately we receive something resembling what we ask for as a society.

We need to confront our attitude to the combined stigma of mental illness and ageing. Research in Europe has found that the societies that value elders more, and their ongoing contribution to society, tend to have lower suicide rates in older people. We need to reframe how we think about ageing.

In Australia, too often we do not celebrate an ageing population. Instead we fear it.

We do not discuss the benefits of having increasing numbers of wiser, productive older people who volunteer, support their own children to work, and care for grandchildren.

Instead, we fear the burden of a stretched social security and health system. Fear, at least in part, has driven welcome investment in improving care for dementia. Hope has driven welcome investment in youth mental health. But somehow mental illness and ageing seems to squash hope. No one wants an older person they know to be depressed or otherwise mentally ill. And while no one wants an older person to feel such despair that suicide is their only option, within our current concepts of ageing it seems we worry nothing effective can be done and focus on 'other priorities'.

Ultimately, if enough people do not demand action, then those funding services will think no one wants action, and no action occurs. Even worse, for those older people facing mental illness, there is an increased likelihood that they will think no one cares. What we must decide as a nation is: are they right?

Dr Roderick McKay is a conjoint senior lecturer in the School of Psychiatry at UNSW.

This opinion piece was first published in Australian Aging Agenda.

Suicidal thoughts not a reliable warning of suicide