A streamlined model of education can be used to offer genetic testing to women newly diagnosed with breast cancer, and will become more important as increasing numbers of women seek testing. 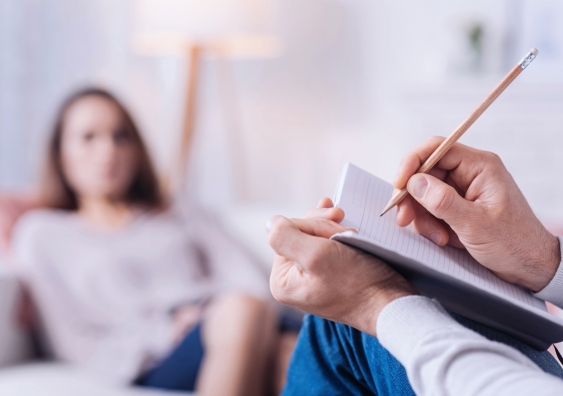 The findings of a multi-centre study undertaken through breast clinics at eight participating hospitals in three Australian states were published this month in the prestigious American journal Genetics in Medicine.

Women who develop breast cancer due to a fault in one of the breast cancer genes BRCA1 or BRCA2 have an increased risk of developing a new breast cancer and ovarian cancer across their life.

Knowing whether a BRCA1 or BRCA2 gene fault is present when first diagnosed with breast cancer can help patients decide on their options for treatment, including preventative mastectomy.

The study tested a new streamlined model of offering genetic testing to younger women newly diagnosed with breast cancer, who had either a strong family history of breast and/or ovarian cancer or other characteristics that suggested an increased chance of a fault in the BRCA1 or BRCA2 gene.

Professor Bettina Meiser from the Prince of Wales Clinical School, UNSW Sydney, said the trial randomly allocated women to either receive education about genetic testing as brief written materials provided by the breast surgeon, or to the traditional means of more detailed education by a specialist at a family cancer clinic.

“We found that brief education was a cost-effective way of delivering education while ensuring that women feel informed and supported in their decision-making,” Professor Meiser said.

“In the past, women with breast cancer were typically referred to family cancer clinics because they had a strong family history.

“Now these indications have broadened to include women with other high-risk features and as a result, the clinics have experienced steep increases in referral rates.

“This streamlined model of genetic education can therefore be used to offer genetic testing to more women newly diagnosed with breast cancer.”

It is also expected that drugs targeted to breast cancer caused by a fault in the BRCA1 or BRCA2 gene will be licensed in the next 5 to 10 years, which will prompt more widespread testing.

This will mean that non-genetic health professionals will play a greater role in offering genetic testing to women at the point of diagnosis.

Professor Meiser and her team are currently conducting nationwide training for non-genetic health professionals on how to offer genetic testing to subgroups of women diagnosed with ovarian cancer, such as those diagnosed under 70 years and those with a family history of breast and/or ovarian cancer.

It is expected that similar initiatives will follow as targeted drugs are licensed for other cancer types.

Will eating chicken reduce your risk of breast cancer?