Early childhood emotional and behavioural problems can increase the risk of later contact with the criminal justice system. 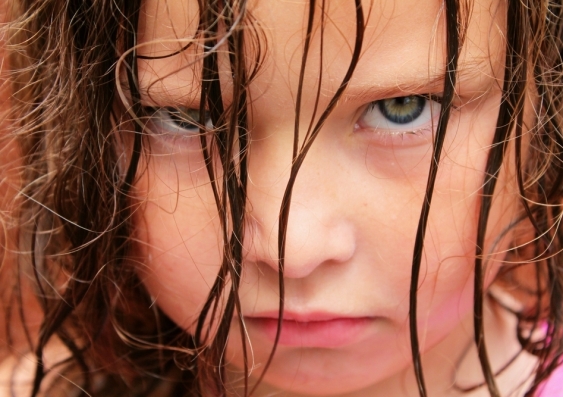 “We know that people with mental health problems are more likely to have contact with the criminal justice system in adulthood and adolescence, but this study indicates that the association can begin much earlier in life,” said Professor Kimberlie Dean. Image: Shutterstock

Children assessed by their class teacher as having emotional or behavioural problems are more likely to have contact with police later on compared to children without such problems, a new study led by UNSW Sydney researchers has revealed.

The study, which was published today in JAMA Network Open, used data from the NSW Child Development Study, which included 79,000 children (50.9% boys and 49.1% girls). The observation period spanned over eight years – from when a child entered full-time schooling (aged five years on average) until they turned 13 years of age.

“We know that people with mental health problems are more likely to have contact with the criminal justice system in adulthood and adolescence, but this study indicates that the association can begin much earlier in life,” said lead author Professor Kimberlie Dean, Chair of Forensic Mental Health and Acting Head of the School of Psychiatry at UNSW Medicine & Health.

The study also revealed that risk for police contact extended to children with other forms of developmental vulnerability, and was particularly high for a small group of children that teachers assessed as having significant vulnerability across the full developmental spectrum – which was an unexpected finding.

The researchers found 9841 children had at least one contact with police after school entry. Contact as a survivor of crime was the most common reason for first police contact, followed by contact as a person of interest and contact as a witness.

Among the children who had at least one contact with police by the age of 13, almost one-third were found to have at least one emotional or behavioural problem at school entry, with the incidence rate being twice that of children without such problems. Incidence rates of police contact over the follow-up period were also higher for those children with specific developmental risk profiles, particularly those with a pervasive risk profile.

Incidence rates of police contact were higher for boys than girls for contact as a person of interest. However, there was no apparent difference by gender for contact as a survivor of crime or as a witness.

Professor Dean said the research found very high rates of police contact for children recorded in the data as being of Aboriginal and/or Torres Strait Islander background.

“This confirmed that the over-representation of our First Nations people in the criminal justice system begins early in life.”

Professor Dean said while there are currently interventions aimed at improving emotional and behavioural development, including evidence-based parenting interventions, this study supports such approaches being delivered early in a child's development.

“There might also be opportunities to identify vulnerable children and families when a child experiences their first early contact with police. It raises a flag that early intervention may be warranted,” explained Professor Dean.

The study also recommended a gender-specific approach to interventions.

“It's complicated, but we did find some differences in the patterns of police contact, in relation to developmental vulnerability, between boys and girls. As children age, these differences are likely to increase and we know that by adolescence/adulthood, boys and men are much more likely to have contact with the criminal justice system overall. But the impact of mental health problems on risk for girls/women is higher. There is emerging evidence that the approach to reducing that risk should be gender-informed.”

In terms of Aboriginal and/or Torres Strait Islander children and first contact with police, the researchers suggested diversion approaches needed to be culturally informed and appropriate. The study identified programs that proposed nine principles of good practice to steer young Aboriginal and/or Torres Strait Islanders away from the criminal justice system. These principles included self-determination, cultural safety or security, and family-centred holistic support.

While the strength of the study is in the large and representative cohort, the researchers also acknowledged limitations to the research. Although the original cohort was shown to be representative of the source population in NSW, the extent to which the findings were generalisable to other jurisdictions, within Australia and beyond, is uncertain.

“This is the first study looking specifically at emotional/behavioural and other developmental vulnerabilities in relation to police contact risk at such a young age.

“Our findings require replicating in other populations and settings. There remains a lack of evidence to support specific interventional approaches in this group, despite the likely benefit that intervention at such a young age is likely to achieve over the life course,” explained Professor Dean.

The full research paper can be viewed here.