More Indigenous children are going to hospital in NSW with serious burns than non-Indigenous kids but are less likely to be treated in a paediatric burns unit, a study led by UNSW and supported by The George Institute for Global Health has found. 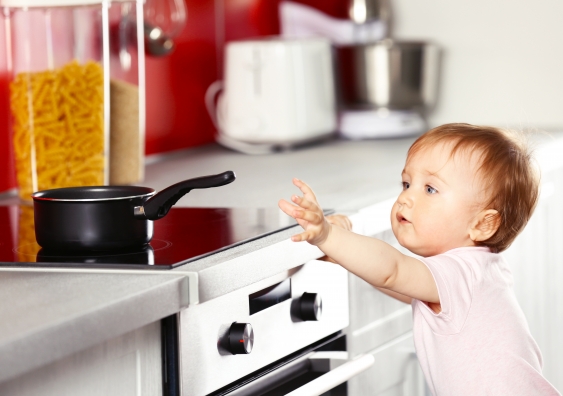 A study led by the UNSW Centre for Big Data Research in Health and supported by researchers at The George Institute for Global Health investigated the differences in burn injuries in children, examining the cause of the injury, its location on the body, the total body surface affected (% TBSA), burn depth and length of hospital stay.

A smaller proportion of Indigenous children with burns were treated in a hospital with a paediatric tertiary burns unit, fitting with previous studies that have shown Indigenous Australians experience inequities in access to medical services.

The first author on the paper published today in the Medical Journal of Australia, Holger Möller, says the higher proportion of Indigenous children presenting with burns affecting more than 10% TBSA is of particular concern.

“Burns can be among the most devastating of child injuries and can result in long-term physical and psychological impairment thus affecting the child’s development and future life,” he said.

“We could not assess the longer term outcomes of burn injury in this study and to date little is known about the long term outcomes, the post-discharge care, and the impact of care on functional outcomes in Aboriginal children.”

The study involved population-based cohort analysis of linked hospital and mortality data for 2000–2014, with 35,749 Indigenous and 1,088,938 non-Indigenous children aged under 13 years as participants.

The study was done with researchers from Neuroscience Research Australia, Australian National University, The George Institute for Global Health, Flinders University and the University of Wollongong.

Study author, Professor Rebecca Ivers, director of the Injury Division at The George Institute, is currently exploring the care of Aboriginal children with burns through a cohort study in Queensland, NSW, South Australia and the Northern Territory.

The study is following children for at least two years post-burn in order to understand the impact and cost of burns. A roundtable is being planned for 2018 to develop a new model of care. The study utilises Indigenous research methodologies and three Aboriginal PhD students are working on the study.

“The study builds on previous understanding about burns in Aboriginal and Torres Strait Islander children but rather than just measuring inequality, will result in a new transformative model of care that meets the needs of patients and caregivers,” Professor Ivers said.

The study is governed by an Aboriginal advisory committee.