Is sharing a selfie on Facebook an effective way to stop someone who is seriously considering taking their life? The truth is, we really don't know writes Helen Christensen. 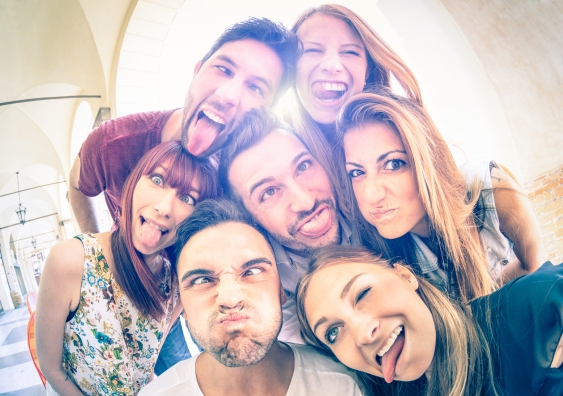 Is sharing a selfie on Facebook an effective way to stop someone who is seriously considering taking their life? The truth is, we really don't know. (Photo: Shutterstock)

OPINION: Here we are again, with yet more reports reminding us that suicide is the leading cause of death of Australians in the 15 to 44 age bracket. That suicide impacts more than 85 percent of us. That one in seven of us will experience suicidal thoughts in our lifetime. These statistics are not anomalous, this is a brutal ongoing fact that we need to deal with.

Over the past month, as happens every September, we've all been called on to reach out and connect, to recognise suicidal behaviour and provide support to our loved ones who are struggling. We're having the conversations, we're checking on our mates. Campaigns such as the recent #itsoktotalk resulted in a huge swell of social media posts about suicide and depression.

Yet we're not seeing an impact in these awful statistics.

Is sharing a selfie on Facebook an effective way to stop someone who is seriously considering taking their life? The truth is, we really don't know. What we do know is that conversations and awareness are only the first steps to saving a life.

By trawling through the available scientific literature it is possible to identify what strategies can have demonstrable impacts on the suicide rate. Not surprisingly, the most powerful way to reduce suicide is to improve access to quality mental health care and support GPs to address depression and suicidality in their clinics. This is followed by training of gatekeepers such as school counsellors and restricting access to lethal means. Community awareness campaigns rank number seven on that list.

If we really want to address the suicide rate, we need to move beyond the focus on awareness campaigns and rethink how we tackle mental health issues in our society. More specifically, we need to be able to better identify people at risk of suicide and give them the care and support they need before they reach crisis point.

There are plans to address this. The Federal Government has announced their plan to have 12 suicide prevention trial sites around the country, although information is sparse as to what strategies are actually being implemented in these sites. Black Dog Institute, in partnership with the NSW Government, is trialing a large-scale suicide prevention program called Lifespan that includes all of the nine strategies researchers identified as being important. Both of these programs are community-focused and aim to address local need.

Importantly, we need to be able to measure and evaluate the success of suicide prevention activities. From the perspective of the researcher, this goes way beyond counting likes and retweets. We want to see a reduction in suicide and suicide attempts. We want to see an improvement in the overall mental health of a community and we want to be able to quickly translate anything we learn into better services.

Whilst simple stigma-reduction campaigns on social media might not be useful, research is showing us that technology could be helpful in other ways. Our social media posts can give a good indication of our state of mind, and it may be possible to build in automatic help messages for people showing signs of suicidal intent. The Smartphones we all hold in our pocket can help us measure social withdrawal, a major predictor of suicidality. They can also facilitate 24/7 access to evidence-based mental health programs via apps or the internet.

Even the good old SMS can be helpful, with studies showing that sending message of support and advice to people who have previously attempted suicide can reduce the risk of them making another attempt. The key here is that the connection needs to be more than once a year.

Of course, the strength of viral awareness campaigns is the simple access to huge numbers of people at once. While this may not save lives on its own, it can be an incredibly impactful tool when combined with programs proven to reduce suicide.

Let's encourage our friends to do more than just retweet. Let's use our collective online power to convince our political leaders to support the implementation of proven suicide prevention activities. Partnering rigorous, evidence-based suicide prevention programs with the "in-your-face" impact of national awareness campaigns will help us to reduce the suicide rate and save lives.

Helen Christensen is a UNSW Scientia Professor of Mental Health and Chief Scientist and Director of the Black Dog Institute.

This opinion piece was first published on The Huffington Post.