Summit asks a critical question: are we prepared for bioterrorism?

A smallpox outbreak originating in Fiji was the hypothetical scenario confronting researchers, frontline responders and policymakers gathered at UNSW Sydney. 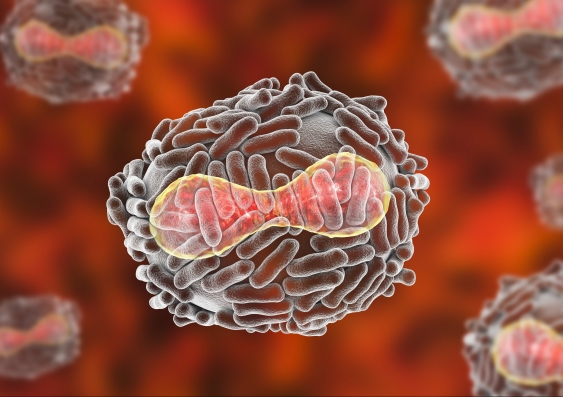 Preparedness could be the difference between a contained local outbreak and a global pandemic if there was a smallpox attack in the Pacific today. Photo: Shutterstock

Preparedness could be the difference between a contained local outbreak and a global pandemic if there was a smallpox attack in the Pacific today, a bioterrorism exercise held at UNSW Sydney discovered.

The hypothetical scenario, designed to test preparedness and response globally to a smallpox attack in our region, brought together key international representatives from departments of health, foreign affairs, defence, police, non-government agencies, vaccine manufacturers and other global stakeholders.

The simulation uncovered that for a disease as infectious as smallpox, every day counts. The most important determinants affecting the spread of the epidemic were finding and isolating people with smallpox, tracking their contacts and vaccinating them, and the speed of response. How quickly different systems were able to work together to achieve this was critical.

A hypothetical outbreak of smallpox originating in Fiji was the focus of the scenario. The exercise was designed by Professor Raina MacIntyre from the Kirby Institute who is the head of the Centre for Research Excellence in Integrated Systems for Epidemic Response (ISER), with Associate Professor David Heslop from UNSW Medicine’s School of Public Health and Community Medicine and in conjunction with the Fiji Ministry of Health. The smallpox simulation incorporated lessons from real outbreaks and was based on previous UNSW research, but adapted to Fiji and the Pacific.

“The modelled death rate for smallpox may be as high as 45% if it emerged today,” said Professor MacIntyre. “Even though the world successfully eradicated smallpox in 1980, the disease has been on the radar again since scientists used mail order DNA to create a virus very similar to smallpox in a lab in 2017.

“Smallpox is spread through the air, and is more than twice as infectious as influenza or Ebola. In the case of a biowarfare event, our modelling shows that without a rapid and coordinated response, the epidemic would quickly spiral out of control and become a pandemic.

“There is very little immunity to smallpox in today’s population, so anyone who came into contact with smallpox would need to be vaccinated within three to four days of contact to reduce the risk of serious infection and death,” said Professor MacIntyre. “Our coordinated regional response should start within seven days of identifying the first case to ensure the best possible outcome and early termination of the epidemic.”

'Smallpox is spread through the air, and is more than twice as infectious as influenza or Ebola. In the case of a biowarfare event, our modelling shows that without a rapid and coordinated response, the epidemic would quickly spiral out of control and become a pandemic.'

“In the event of global spread, first responders would need to isolate 70% of smallpox patients and track and vaccinate at least 70% of their contacts. If this dropped to less than 53%, it would take over four years and 2 billion doses of vaccine to bring the epidemic under control. The existing World Health Organisation stockpile contains 35 million doses of vaccine. The vaccine could be diluted in such an emergency, but resources to effect large scale isolation and quarantine would be the main problem.”

Associate Professor David Heslop, who is also a Senior Medical Advisor for the Australian Defence Force, said these numbers highlight the need for a coordinated response across all levels of society.

“We looked at a worst-case scenario, because the purpose of an exercise like this is to prepare for the worst, while hoping for the best. It is a mammoth task to ensure that the health systems work in close partnership with military, police, emergency services, vaccine and drug manufacturers, the World Health Organisation and many other agencies,” said Associate Professor Heslop. “Whilst the probability of a smallpox attack may be low, the impact will be high, and so it is essential we prepare for these scenarios and know exactly what we can do to avoid the worst occurring.”

The forum was attended by Senator Concetta Fierravanti-Wells, Minister for International Development and the Pacific, who said: “The World Health Organisation has told us that it is not a case of if, but a case of when, another major pandemic [of natural or unnatural origin] will strike. This could devastate communities through loss of life, disrupt tourism, trade, investment and people movement, setting back regional economic growth and development. The $300 million Health Security Initiative for the Indo-Pacific region includes the largest health and medical research commitment ever made under Australia’s overseas development assistance program.”

The smallpox simulation was held from 16-17 August at UNSW Sydney, and coincides with new research from UNSW and the PLuS Alliance that shows how minimal genetic material could be used to rapidly identify severity and uncover global transmission routes.

This workshop was funded by the National Health and Medical Research Council (NHMRC) Centre for Research Excellence, Integrated Systems for Epidemic Response (ISER), along with Emergent Biosolutions and Bavarian Nordic. It was supported by Global Security PLuS.

It was attended by a number of key representatives from Australia, New Zealand, the USA, Fiji and other Pacific countries.