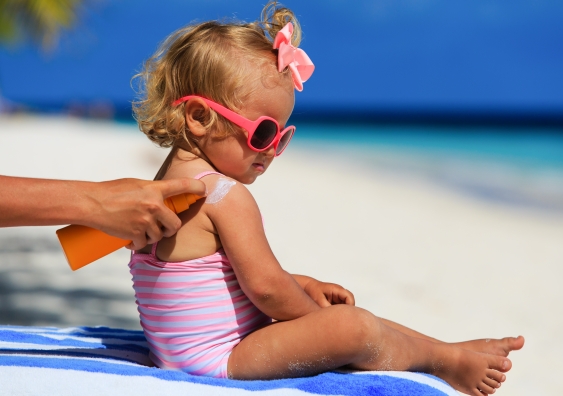 The simple paper based sunburn sensor is so cheap that parents could potentially use it for monitoring their children’s sun exposure as a plaster or band aid type device. The technology is ready to be commercialised immediately (Photo: Shutterstock).

Chemists from the Australian Centre for NanoMedicine (ACN) at UNSW have developed a low-cost sensor that warns people if they’ve had too much exposure to ultraviolet sunlight.

The paper sensors can be worn like stick-on patches and use food dyes that visibly change colour after sun exposure. Importantly, they can be tuned to individual skin types. 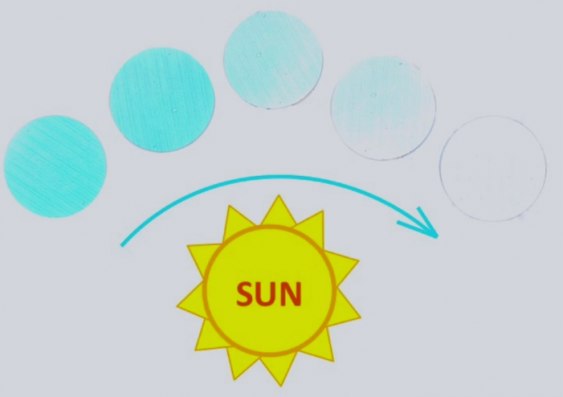 When the sunburn sensor is exposed to UV light it gradually changes from blue to colourless, due to the photo-degradation of food dye contained in the sensor (Photo: Supplied)

“Australia has one of the highest incidences of skin cancer in the world, and too much exposure to ultraviolet light is the primary cause,” says developer Parisa Sowti Khiabani, a PhD candidate at UNSW.

“We wanted to develop a technology that could address this serious health problem, and we wanted it to be safe, affordable and easy to use,” she says.

UNSW Scientia Professor Justin Gooding, who supervised the research, says the technology, which has been patented by UNSW Innovations, is ready to be commercialised immediately: “It’s so simple it could be fabricated at home using an inkjet printer, and tested in your backyard.”

The UV sensor is one of many experimental technologies and research projects set to be discussed at the 7th International Nanomedicine Conference in Sydney next week (June 27-29).

The Conference is hosted by the ACN – an interdisciplinary partnership between the UNSW Faculties of Engineering, Science and Medicine, and Children’s Cancer Institute. It brings together some of the world’s top scientists and clinicians working in the field.

“We know the vast majority of cancers are curable if they can be detected early enough, and if you can deliver drugs to the precise areas where they need to go. Nanomedicine gives us the power to do both,” says Professor Gooding, who is co-director of the ACN.

He says the field of nanomedicine has progressed enormously over the last decade: “It’s gone from a stage where we were showcasing amazing capabilities, to a stage where we are now working with clinicians at ground-level to solve targeted problems.”

“This type of collaboration makes sure we’re asking the right questions. It enables a more strategic approach to research and means the output will be more practical for the end-user,” he says. “It means our work will have a real-world impact sooner.” 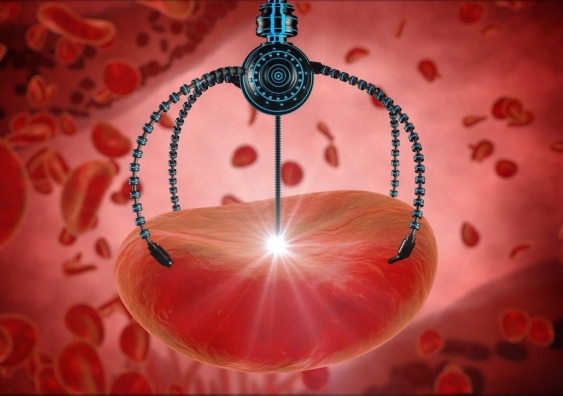 Nanomedicine is focused on developing technologies that interact with biological systems in highly controlled ways to better diagnose and monitor diseases, or deliver drugs to targeted sites in the body (Photo: Shutterstock).

​Other speakers and research stories to watch

Nanotechnology is focused on engineering incredibly tiny particles and devices. The term gets its name from the nanometre, a miniscule unit of measure equal to one-billionth of a metre – or about 100,000 times thinner than a human hair.

Nanomedicine works with materials at the same scale, but is focused on developing technologies with specific medical applications. These could be devices that interact with biological systems in highly controlled ways to better diagnose and monitor diseases, or deliver drugs to targeted sites in the body.

Vitamin B3, niacinamide and reducing skin cancer risk: what does the research say?