Genetic material from 14 of Australia’s oldest citizens has been sent overseas in a bid to discover the secret of surviving and thriving into very old age. 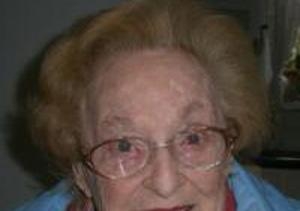 Genetic material from 14 of Australia’s oldest citizens has been sent overseas in a bid to discover the secret of surviving and thriving into old age.

The DNA of the donors, who are part of UNSW’s Centenarian Study, has been frozen and sent to the United States for a competition, with geneticists vying to be the first to map the genomes of 100 people over 100.

Run by the not-for-profit X Prize Foundation, the work also presents an opportunity to identify those rare genes that protect against diseases, while giving valuable clues about health and longevity.

“It’s significant that we can collaborate in this venture, as it allows the sample of 100 centenarians to be more heterogenous,” says Dr Charlene Levitan, who is part of UNSW’s Centre for Healthy Brain Ageing (CHeBA). “People born in Europe, the States, Africa and Asia are all included.”

Once the genome is sequenced, the team from the Sydney Centenarian Study will have access to the results for one year, allowing them to do crucial work in the field.

“We think about 30 per cent of longevity can be attributed to genetics, but the other 70 per cent is lifestyle and personality factors,” says Dr Levitan, from UNSW’s Centenarian Study.

In terms of personality, centenarians and “super-centenarians” (those over 105 years) are positive, resilient and adaptable, she says.

While there is no “exclusive ingredient” which is key to their diets, the ability to maintain a stable weight throughout adult life appears important.

“There are roughly three groups of people who get to 100: a small group of ‘escapers’ who have eluded age-related major illnesses in life, a larger group ‘delayers’ who have been fairly well up to 80 years of age, but have had ill health after that, and ‘survivors’ who have survived illnesses such as cancer or heart attacks.”

The genomes are expected to be sequenced by the end of the year.

The 14 Australian participants are all featured on the website, including Dorothy De Low

She was also featured on ABCTV’s 7.30

A feature article on the genetic competition is in Uniken (Winter 2012).