Opinion Surgery isn’t always the best option, and the decision shouldn’t just lie with the doctor

There's often limited success for many common types of surgery and understanding the evidence is the key to deciding what's best for you, write Ian Harris and Paul Myles. 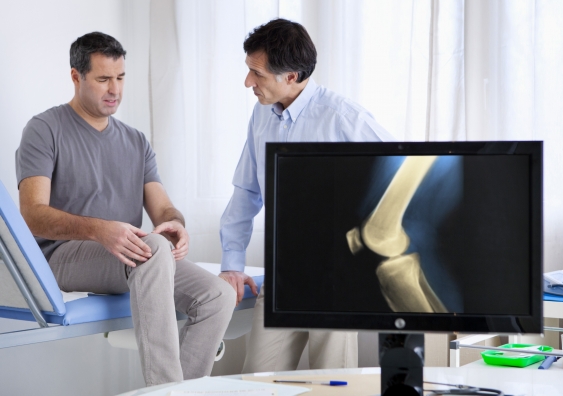 OPINION: Surgeons often decide to perform procedures because that’s what’s usually done, it’s what they’re taught, it sounds logical or it fits with observations from their own practice.

If the surgeon’s decision is in line with evidence from scientific studies, there’s little problem. But if the two conflict, either the surgeon’s opinion or the evidence is wrong.

The best way to test whether surgery works (particularly when the outcome is subjective, such as with pain) is to compare it with a sham or placebo procedure. The idea is to keep the patients and those who measure the effectiveness “blinded” to which treatment is given.

As an example, two studies compared placebo surgery to keyhole surgery (arthroscopy) of the knee in patients with degenerative conditions (arthritis, meniscus tears and catching and clicking). Both studies showed no important difference in surgery outcomes between the two groups.

What about other options?

We don’t always need to compare surgery with a sham. Sometimes comparing surgery with non-surgical treatment (like physiotherapy or medications) is more appropriate.

One study looked at all orthopaedic surgical procedures performed on more than 9,000 patients in three hospitals over three years. Only half the procedures were compared with non-operative treatment. And of that half, about half were no better than not operating.

Part of the problem is that operations are often introduced before there’s good quality evidence of their effectiveness in the real world. The studies comparing them to non-operative treatment or placebo often come much later – if at all.

When should surgery be funded?

Doctors should not perform surgical procedures and taxpayers should not have to cover their cost until there’s high quality evidence they work. It should be unethical for surgeons to introduce a new technique without studying whether or not it works.

Unfortunately, the opposite is true: ethical approval is not required before surgeons can start performing new procedures, but it is required to study the effectiveness of that procedure.

Often, procedures surgeons consider effective are later shown not to be.

In the US in the 1980s, a new procedure for the lung disease emphysema touted removing some lung tissue. Animal studies and (non-comparative) human studies were encouraging. So the procedure became common.

This type of solution should be considered in Australia: new procedures should only be funded by the public if they are performed as part of a trial to adequately test their effectiveness.

Once evidence is available, the key is using it to make good decisions about the effectiveness of a particular procedure for an individual patient. So how should surgeons do that? The answer lies in measuring the right outcomes to begin with and then making shared decisions.

How do we know if surgery works?

Billions are spent worldwide on surgical procedures that may not be effective. But how should we define effectiveness?

There is a growing acceptance that doctors should partner with patients to identify outcomes important to them. These might include avoiding complications and an unexpectedly long stay in hospital. But they should also consider longer-term quality of life, disability and survival.

Shared decision-making takes into account beliefs, preferences and views of the patient as an expert in what is right for them, supported by clinicians who are the experts in effective therapeutic options.

Patients should have the opportunity to ask further questions when deciding whether to go ahead with surgery to see if surgery is consistent with their values and lifestyle goals. For the critically ill, frail or confused, this discussion should often include the person’s spouse, family or next of kin.

The right decisions in surgery are patient-centred, based on good evidence, clearly communicated and made in a supportive environment. Everyone – doctors, other health professionals, the patient, sometimes their family, and the public – have a right and a responsibility to be included.

Ian Harris is a Professor of Orthopaedic Surgery, UNSW.

Professor Paul Myles is Chair of the Department of Anaesthesia and Perioperative Medicine, Monash University.

Needless procedures: Knee arthroscopy one of the least effective surgeries