Gene therapy for spinal muscular atrophy might have a high up-front price tag. But by screening and treating infants early, the therapy can save both lives and money in the long term. 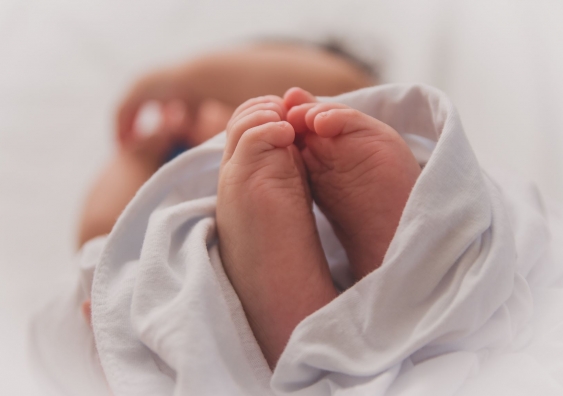 By the time an infant with SMA starts showing symptoms, they've already lost 90 per cent of their nerves – which is why early detection and treatment is so important. Photo: Unsplash.

Spinal muscular atrophy (SMA), a type of motor neurone disease, is one of the deadliest genetic illnesses an infant can be diagnosed with. Caused by a missing or faulty gene called ‘SMN1’, the disease causes muscles to shrink and become weaker, limiting a baby’s ability to sit, walk, crawl, or even hold their head up.

Medical advances in gene therapy – a type of therapy that replaces the defective gene with a functioning copy – have given hope to families, with a recent trial showing that most treated infants are meeting normal infant developmental milestones. But the SMA drug comes with a big price tag: in the United States, it costs $US2.1 million, where it’s the most expensive single-dose treatment in the world.

But now, new research from UNSW Sydney’s Centre for Big Data Research in Health shows that testing all Australian newborns for this disease, and using the gene therapy for early treatment, is still cheaper in the long run than our current treatment methods – and better yet, it will help save lives.

The study, funded by not-for-profit Luminesce Alliance, was published last week in the Journal of Neurology, Neurosurgery, and Psychiatry – and it has important implications for Australian policy development and implementation. 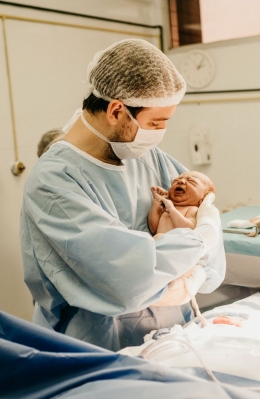 “Our study shows that new therapies like gene therapy aren’t only getting the best benefit for patients diagnosed early, but also for society,” says co-author Associate Professor Michelle Farrar, a paediatric neurologist based at UNSW and Sydney Children's Hospital.

“SMA is currently only diagnosed and treated once symptoms appear. But by the time an infant or child with SMA presents with symptoms, they’ve already lost 90 per cent of their nerves.”

There is no known cure for SMA, which affects around one in 10,000 newborns in Australia. Without treatment, most babies with type 1 SMA – the most common type of the disease – don’t make their second birthday.

The research team assessed the costs of including SMA in the newborn bloodspot screening program – a routine test for Australian babies that detects around 25 rare genetic conditions and metabolic disorders – and using gene therapy to treat the disease before symptoms begin. While the gene therapy drug, Zolgensma, doesn’t have a list price in Australia yet, the team used a potential cost range based on international prices.

They compared the costs and associated health outcomes of this early testing and treatment method to the current practice of diagnosing and treating children after symptoms appear. They factored in the costs of screening, diagnosis, ongoing treatments and therapies, and parents pausing their career to look after their child.

But even when the highest price tag was given to the gene therapy drug, it was still cheaper in the long term than our current method.

“In the long term, newborn screening for SMA coupled with gene therapy would save $US2.4 million per 100,000 babies screened – roughly the number of babies born in NSW each year,” says lead author of the study Dr Sophy Shih, a health economist from UNSW Medicine & Health who looked at the costs and benefits over a 60-year timeframe.

“This is the best possible outcome from a cost-effectiveness study.”

“Gene therapy would also provide an extra 85 life years in full health per 100,000 babies, measured by quality-adjusted life-years – a metric we routinely use in health economics to evaluate the health benefits of a particular treatment.”

Dr Shih says this result is what health economists call a ‘dominant intervention’: in other words, an intervention that isn’t only lifesaving, but also cost saving.

“Pairing newborn screening with early gene therapy treatment will help save lives and improve the quality of life of babies born with SMA, as well provide cost savings for governments,” she says.

“This is the best possible outcome from a cost-effectiveness study.” 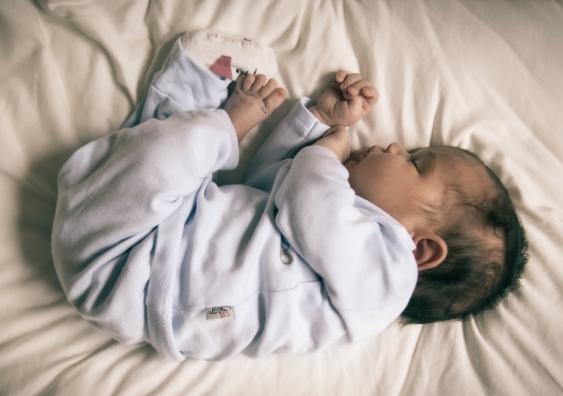 “As a neurologist, diagnosing an infant with SMA was one of those moments that just made your heart fall into your stomach,” says A/Prof. Farrar. Photo: Unsplash.

A/Prof. Farrar has been working with children with neuromuscular and rare neurogenetic disorders for over 15 years. She says that up until 2018, SMA was the most common cause of infant genetic death.

“As a neurologist, diagnosing an infant with SMA was one of those moments that just made your heart fall into your stomach,” says A/Prof. Farrar. “The best you ever saw the infant was when you diagnosed them.

“But new genetic treatments are really changing the outcomes and survival rates of these babies. Early diagnosis and treatment of SMA can be transformative and significantly change the course of the disease.”

The SMA gene therapy drug, delivered as an intravenous infusion, is no ordinary medical treatment. Unlike current SMA treatment methods (which are injected into the spine on an ongoing basis), gene therapy treatment is given as a single injection.

“This is an innovative clinical and economic model, where a single administration of a gene therapy can potentially have a lifetime of benefits,” says A/Prof. Farrar. The treatment takes place at specialised medical centres and is delivered alongside pre- and post- dosing care.

“There’s a large up-front cost, but the burden of repeated treatments and costs over a lifetime aren’t present. We’re hopeful that we will also see the health benefits continue over a lifetime.”

Gene therapy is a quickly evolving area of research, and while early results are promising, scientists will learn more about long-term outcomes as more clinical trials take place. This cost-effectiveness study is based on current modelling, but Dr Shih says it’s important to note it may change as the results of new clinical trials emerge.

“I hope to develop this work from a modelling study to a trial-based analysis,” says Dr Shih.

“A global multi-centre study of gene therapy for SMA is set to be published later this year, so we’ll have the opportunity to test the model with real-world data.” 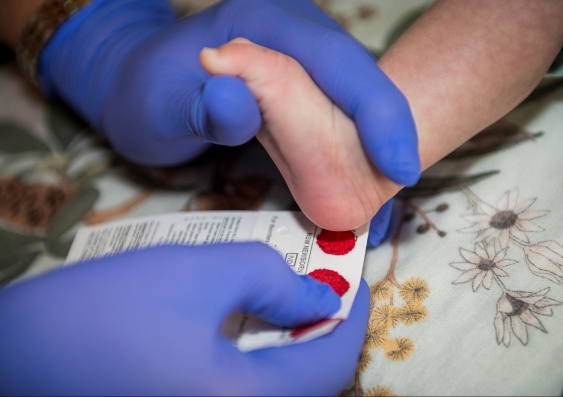 The newborn bloodspot screening program tests Australian babies for around 25 rare genetic conditions and metabolic disorders. A submission to include SMA in the program has been endorsed by the Commonwealth Government following a successful pilot in NSW and ACT. Photo: Supplied.

The World Health Organization has a list of criteria for adding new conditions to newborn screening programs. This includes the acceptability of the test, its ability to improve health outcomes, and the model of care – but the health economics of it also have to make sense.

After a successful pilot in NSW and ACT, a submission to include SMA in the newborn bloodspot screening program has been endorsed by the Commonwealth Government.

It’s now up to the states and territories, who look after the logistical and financial side of the rollout, to decide if they’ll proceed with including it – which is where cost-effectiveness studies like this one come in.

The researchers would like to acknowledge the contribution and support of Luminesce Alliance - Innovation for Children’s Health, a not-for-profit established with the support of the NSW Government to coordinate and integrate paediatric research.