Opinion Thinking about getting the 2016 flu vaccine? Here’s what you need to know

If you want to reduce your odds of getting the flu this year get vaccinated as early as possible, write Raina MacIntyre and Aye Moa. 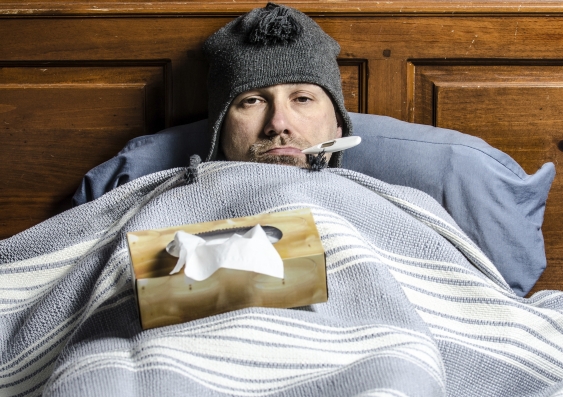 OPINION: Up to one in ten adults and three in ten children are infected with influenza each year.

The seasonal influenza vaccination is now available at GP clinics and pharmacies. For those not eligible for the free vaccine, it will cost around A$9–$15 for the TIV and A$12–$25 for the QIV, plus the cost of the consultation if your GP doesn’t bulk bill.

So, what strains do these vaccines protect against? Who should be vaccinated? And, if you’re paying, what additional benefit does the new QIV have?

Influenza virus is a serious infection, which causes 1,500 to 3,500 deaths in Australia each year. Death occurs from direct viral effects (such as viral pneumonia) or from complications such as bacterial pneumonia and other secondary bacterial infections.

The Influenza A virus has much greater genetic diversity than B, probably because it has several non-human animal hosts such as birds, pigs and horses. This sets the scene for genetic mixing between human and animal strains, which accounts for the diversity of the virus, along with constant changes each year as it tries to evade its hosts' immune responses.

Minor changes (drift) account for new viruses circulating each season, whereas major changes (shift) result in new pandemic strains, to which humans have little or no pre-existing immunity. Influenza B, in contrast, has only two major lineages and much less genetic diversity; seals are the only animal host.

Pandemic strains of the past, once established in human populations, become seasonal strains and tend to cycle over the years, with different strains dominating each year.

The influenza vaccine is formulated annually because seasonal flu viruses undergo continuous genetic mutation and the vaccine needs to match the major circulating strains. A vaccine from a previous year will generally not confer much protection the following year.

The holy grail of influenza vaccines is a universal vaccine, a one-off shot that would give lifelong protection. Such vaccines are being developed and may not be far off.

Until that time, every year The World Health Organisation studies the circulating viruses and decides which strains will be covered in that year’s flu vaccine. This process occurs separately for the southern and northern hemispheres. It’s usually successful, but a mismatch between the circulating flu virus and the vaccine may sometimes occur.

While live flu vaccines are available in other countries, only the inactivated vaccine is available in Australia. This cannot cause influenza, as it does not contain live virus.

The trivalent vaccine (TIV) contains protection against three strains: two of influenza A and one of influenza B. But there are two major circulating lineages of influenza B, and recent research shows that a TIV B vaccine mismatch occurs approximately 25% of the time.

The quadrivalent (QIV) strain protects against the second B lineage.

Several different companies manufacture TIV and QIV. The vaccines are safe and effective, although one brand, Fluvax, is not approved for children under the age of five years because of an increased risk of febrile seizures.

The quadrivalent inactivated influenza vaccine (QIV) protects against the three strains about and an additional B lineage:

Should I get vaccinated?

Pneumonia is a common complication of influenza, so people with risk factors are also recommended for pneumococcal vaccine.

About 70% of people over 65 are vaccinated, but only 30–50% of people aged under 65 years with risk factors get vaccinated each year.

Australians who don’t fall within one of these at-risk groups may choose to get vaccinated to protect themselves, family members, colleagues/patients or friends.

The 2015 Australian flu season was dominated by two lineages of influenza B (62% of cases), the highest influenza B season since 2008. Children five to nine years old, adults aged 35 to 44 and the elderly aged over 85 were most affected.

The effectiveness of the flu vaccine varies each year. Both TIV and QIV can protect well if the circulating strains are similar to the vaccine strains.

In the United States, the Centers for Disease Control and Prevention (CDC) reported that vaccine effectiveness for the 2015-2016 flu season was about 60%, and the vaccine strains a good match for the season.

Any person recommended for vaccination on the National Immunisation Program schedule should get vaccinated as early as possible. They will be able to benefit from the QIV, which confers greater protection by eliminating the possibility of B lineage mismatch.

But if paying for the vaccine privately and cost is an issue, the TIV is more affordable and will still confer good protection.

Raina MacIntyre is Professor of Infectious Diseases Epidemiology, Head of the School of Public Health and Community Medicine, UNSW.

UNSW study on antibiotic resistance finds concern, but no 'epidemic'

Banning unvaccinated kids from child care may have unforeseen consequences