Opinion 'Tis the season to watch who you eat with

At this time of year a number of consumption ''cues'' collide, creating the perfect storm for indulgence and guilt, writes Dr Lenny Vartanian in the Sydney Morning Herald. 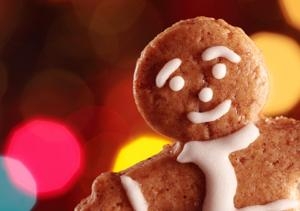 OPINION: When researchers handed out popcorn at the cinema in two different portion sizes, the people holding the biggest buckets ate more, regardless of whether the popcorn was freshly cooked or had been sitting around getting stale for two weeks.

The Christmas and New Year festivities are our annual excuse to eat (and drink) up big. Scientists know very well that people’s eating habits are often less influenced by the “internal” cues of hunger and basic nutrition and more influenced by the “external” cues which seem to determine what - and how much - we eat, often regardless of whether or not we were hungry. At this time of year a number such interesting, scientifically observed consumption “cues” collide, creating the perfect storm for indulgence and guilt.

Firstly, as the cinema study shows, we eat more if we are served more. Portion size is well-established as an influence on food intake. We hear a lot about this in terms of “up sizing” by various fast food chains, for example, or the overly large dishes served at restaurants. However, it doesn’t matter whether it’s a waiter or your grandmother, with her healthy home-cooked fare, loading up your plate, the larger the serving the more you will eat. The solution to this problem might seem to be a new range of “portion controlled” crockery designed to keep us within a reasonable consumption range; and given the hectares of media space devoted to avoiding the “Christmas binge”, it’s surprising no one has marketed the idea. There’s only one catch. If there is more food available on the stove or the kitchen bench, we will likely go back for seconds or even thirds.

Then, there’s that old saying that variety is the spice of life which has been taken to mean many things, but essentially describes the way in which our taste buds appear to get so bored with the same food that we’ll stop eating, even if we are still hungry. This is what researchers call “sensory-specific satiety”. The appeal of a particular food declines the more and more you consume of it. This is also true for food of the same colour, shape and texture. Confectionary manufacturers have long known that people will eat many more sweets if they come in a variety of colours. The famous M&M experiment shows people eat more from a bowl of mixed colours than from a bowl containing only, say, blue M&Ms. Sensory satiety may encourage us to reject a particular food even before we are full, but the opposite is true too: if we are offered something new we’ll start eating again even if we are not particularly hungry. Consider this information against the kinds of lavish spreads we put on at Christmas.

Other powerful and often overlooked influences are other people. The more people we are with, the more we eat. A person dining alone eats less than two people eating together, and they usually eat less than people eating in a group. This pattern holds regardless of whether you are at home or in a restaurant, whether it’s a weeknight or a weekend, and no matter what kind of food you are eating. There is no precise explanation for this phenomenon, but the best evidence supports a “time extension hypothesis” which suggests the more people we eat with, the longer we linger around the table, so the more opportunity we have to eat.

The other key social factor to be aware of is “modelling”. We consume a similar amount to others around us. If someone is hoeing into all the desserts, we’ll tend to try them all too. But, if the family is picking at their plates, we’ll slow down.

How this information can help us avoid the Christmas binge depends on whether or not we really do want to eat less or make healthier choices this holiday season. I am not interested in trying to make people feel guilty about enjoying food or enjoying their holiday festivities. My research focuses on the cues which determine what, and how much, we eat, and whether or not these cues can be modified for healthier and happier outcomes.

So you might just want to try doing something small, and easy, like reducing the dessert choice to two from three or four this year. Or you might want to try to squeeze yourself in between two older relatives at the table who pick, slowly at their food, rather than being plonked next to the teenage nephews with hollow legs. We know a lot about the psychology of eating and we are certainly not ignorant of how the Christmas binge comes to pass. And, that gives us a choice of whether or not we want to change how these external cues will influence us this holiday season.

Dr Lenny Vartanian is from the School of Psychology at UNSW.

This piece first appeared in the Sydney Morning Herald.