Opinion Tobacco tax hikes are great, so long as you’re not a poor smoker

Tax increases that will see a packet of cigarettes costing A$40 may discourage smoking, but could end up having unintended consequences for poorer smokers, write Katie Hirono and Katherine Smith. 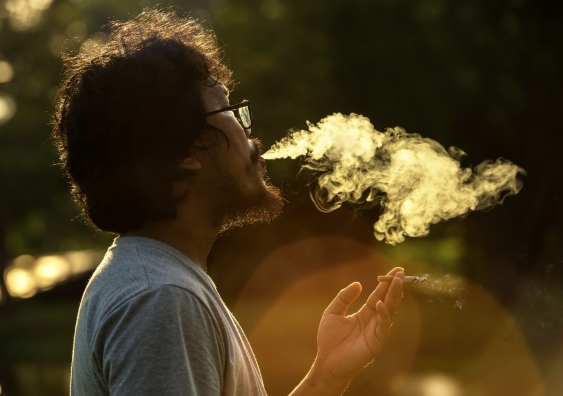 OPINION: Tobacco tax increases in Australia that will see a packet of cigarettes costing A$40 may discourage smoking, but will end up having unintended consequences for poorer smokers, new research shows.

According to our recently published paper, low-income smokers who continue to smoke will have to spend more of their limited incomes on tobacco, potentially foregoing other household expenses, like food. Poorer smokers will also be further stigmatised by continuing to smoke.

We argue that equity issues need to be considered when implementing tobacco tax increases, and revenue raised by tax hikes need to be earmarked for helping low-income communities where smoking rates remain high.

Last year’s federal budget included an increase in tobacco excise of 12.5% per year. The increase was approved for four years, meaning that by 2020, the cost of a pack of cigarettes will be A$40, one of the most expensive in the world.

The Australian government policy to increase tobacco tax is in keeping with overwhelming support from public health experts. This includes the World Health Organisation, which describes tobacco taxation as:

the single most effective way to encourage tobacco users to quit.

While increased tobacco prices may prevent many people from starting smoking and encourage current smokers to quit, not all smokers will cut back or stop smoking.

For instance, low-income smokers tend to find it harder to quit than higher-income smokers. This is particularly relevant as nearly one in four of the poorest people smoke.

The increased cost of cigarettes for these smokers may mean they have less income for individual or family expenses. In New Zealand, for instance, low-income smokers who continued smoking after a tax increase faced considerable financial difficulties. The same study found participants viewed tobacco tax increases as:

evidence of an uncaring state that punished its most disadvantaged citizens.

Efforts to decrease tobacco use at a population level can unintentionally stigmatise communities (typically poor or marginalised ones) in which smoking remains high. In the UK, for instance, smokers are often characterised as being poor or low class, which has led to stigmatisation for smoking and for being poor.

When the latest round of tobacco tax increases was announced, some said higher prices could lead to increases in illegal tobacco trade, as smokers would be tempted to buy cheaper tobacco from unofficial sources.

While tax increases are not usually the driver of illicit trade, they can play a role in stimulating demand for cheaper products, particularly in poor communities.

The tobacco industry has pushed back against tax hikes, arguing tobacco taxes will lead to increased smuggling and divert enforcement efforts away from other crimes.

This, and the industry’s argument that tax hikes harm the poor, have led to the tobacco industry gaining non-traditional allies such as labour trade unions and police to campaign against tax increases.

While tobacco tax increases are good for the majority, we need to ensure poor smokers don’t bear the negative impacts.

First, we need better data to understand how tobacco tax increases affect low-income and other disadvantaged communities. We could use existing population surveys to collect this information or conduct new research. Before any future tobacco tax increases, researchers could analyse policies before they are implemented to identify potential harms and offer recommendations, particularly for low-income or disadvantaged smokers.

Secondly, we could use revenue from the tax increase to support health and well-being in lower income communities, including tobacco control programs. Currently, revenue from the tobacco tax increase is not ring-fenced for tobacco control programs. But it could be easily appropriated to health programs, particularly for low-income communities, or other novel approaches that don’t just reduce consumption but aim for a completely tobacco-free population (known as end game strategies).

We also need to work with communities to determine viable tobacco control strategies, including talking to them about tobacco taxes and how revenue is used.

Finally, the Australian government needs to stay vigilant on tobacco industry activities, particularly those using “equity” or smuggling arguments (as Canada’s experience showed), and to continue to monitor illicit trade.

Through considering the potential unintended consequences of the tobacco tax increase, policymakers can ensure that they’re contributing to a decline in overall tobacco use, while making sure disadvantaged smokers aren’t harmed in the process.

Katie Hirono is a Research Associate at the Centre for Health Equity Training, Research and Evaluation at UNSW and Katherine Smith is Reader, Global Public Health Unit at the University of Edinburgh