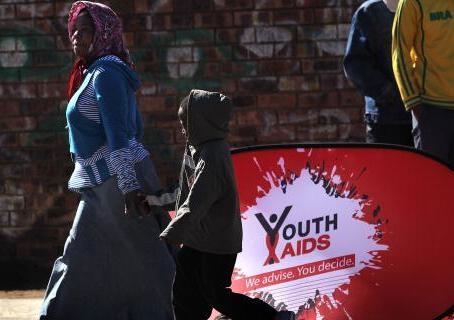 OPINION: The global HIV epidemic has been unprecedented, both in its extent and in the way it has changed the world’s approach to health funding.

Over the last ten to 15 years, large sums of money have for the first time been systematically transferred from the richest to the poorest countries in order to provide emergency HIV prevention and treatment programs.

Despite inefficiencies and setbacks, this investment has resulted in tremendous health and economic savings in these countries. AIDS is now generally reversible for people who receive combination antiretroviral therapy.

As we are no longer in an era of an emergency response, HIV can now be considered a chronic disease. This means it could be brought into the management of national public and clinical health programs and not be funded primarily from external sources.

As a result, the international community expects governments of low- and middle-income countries to invest more funds in their HIV responses, and to move towards fully domestically financed responses.

But the political, social, economic and infrastructural factors in many low- and middle-income countries preclude domestic leadership for comprehensive HIV responses. Several countries in south-east Asia, for instance, have de-emphasised or completely rejected HIV prevention programs targeted at key affected populations, such as sex workers and drug users.

These decisions will undoubtedly have negative health and economic consequences. And they raise questions about whether the global community should continue to fund such programs, advocate more strongly for their ownership domestically, or withdraw and allow countries to decide their own priorities.

The right answer is probably a nuanced combination of all of the above because it’s not just a matter of lack of local enthusiasm.

Progressing to middle-income status has made some countries ineligible to receive multilateral funds. But many of these countries are not actually economically able or technically ready to take over.

Consider Indonesia, which has a growing HIV epidemic. It funded approximately 50% of its overall HIV response prior to donor withdrawal, so clearly needs to substantially increase funding for prevention and treatment programs if the epidemic is to be contained. But the sudden lack of funding means some programs are likely to be discontinued completely.

Surely, international funding decisions should not be based on a single economic indicator but pertain to epidemic burden and other capacity. Donor assistance is still required during the transition to domestic ownership of both treatment and prevention programs.

Without sustained funding during this time, the gains achieved to date may be lost.

HIV has also raised considerations of health system capacity. We now have evidence of proven technologies and treatments for HIV prevention and care, so we know what to deliver. But we don’t have a good understanding of how to deliver it with quality and to scale.

Implementing what we know works in the context of fragile health systems and their infrastructure in low- and middle-income countries requires urgent attention. Clearly, any domestic response to HIV must utilise existing infrastructure to maximise efficiency and overall integration into health systems.

This leads to the largest game-changer necessary for low- and middle-income countries to transition to sustained domestic responses – complete antiretroviral packages. This includes care and support and should be included in universal health-care schemes.

And HIV prevention programs should be integrated into existing health and social programs to improve the efficiency of spending on HIV programs.

Responding to the challenge of HIV has successfully put health inequity on funding agendas, highlighting the importance of equity when allocating resources.

David Wilson Associate Professor and Head of the Surveillance and Evaluation Program for Public Health at the Kirby Institute at UNSW.

Braedon Donald is a Research Officer at the Kirby Institute at UNSW.