Opinion Transport access is good for new housing, but beware the pollution

Residents of high-density housing might value features such as balconies, but when roads get busy they increase exposure to pollution, write Christine Cowie and Guy Marks. 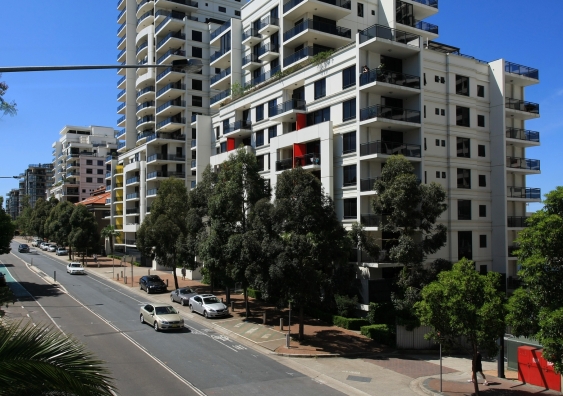 This is especially the case with low, medium and high-density residential developments in Sydney. On current projections, Sydney will require 664,000 more homes by 2036 to house an extra 1.6 million people.

One explicit strategy for achieving this is to increase housing stock along transport corridors and around railway hubs and to “accelerate new housing in designated infill areas”. Local councils seek to comply with the state’s urban renewal goals and, more generally, prioritise access to services, commercial precincts and transport corridors.

As a result, many redevelopment or renewal sites are on or near busy roads or around railway stations.

Many government planning documents also include the goal of healthier built environments. Planning agencies around Australia have identified air quality and noise as issues for developments along busy roads.

Measures to limit exposure are hit and miss

The location of living areas, outdoor space and bedrooms … should be as far as practicable from the major source of air pollution.

It also states that:

… it is preferable if residential uses are not carried out along a busy road unless it is part of a development which includes adequate noise and air quality mitigation.

This is comforting. In many cases, however, such guidelines aren’t followed. It appears that little thought is given to how placement, architecture or planting could reduce traffic-related exposures.

In Sydney you’ll see many new developments with balconies and large windows facing busy roads, or minimal setbacks with little greening. Australian architectural practice for medium- and high-density living could consider alternative designs such as internal courtyard areas facing away from roads, as found in many European cities.

The NSW guidelines even discuss what occupants should do where “windows must be kept closed”. A recent media report highlighted such a situation where a road is being expanded from four lanes to seven (and from 6,000 to 50,000 vehicle per day) for Sydney’s WestConnex project. The distance from apartment buildings to the road will be cut to 1.4 metres.

Contractors have been advising residents about work to mitigate the increased exposure to air pollution and noise. This includes installing air conditioning and noise insulation, and sealing air vents.

Building or modifying homes in a sub-tropical climate to specifications where windows must be kept closed and residents rely on mechanical ventilation is at odds with the principles of healthy built environments.

How do we explain these planning decisions?

We are in a situation where councils can refuse approval for a well-designed, aesthetically pleasing carport in front of a building line, while people’s health is put at risk due to new housing developments along main roads being prioritised.

How have we arrived at such incongruous decisions? Given the pace at which regeneration and major infrastructure projects are proceeding, this is a critical time to reconsider our design of urban spaces.

The Parramatta Road Corridor is one example of the current approach. This urban renewal project is highlighted on the website of the state-owned Urban Growth NSW, which is setting the agenda for urban transformation in Sydney.

The Parramatta Road Corridor Planning and Design Guidelines contain useful advice on building design to minimise exposure to rail and road air pollution and noise. While 21 pages are devoted to noise and vibration issues, only three pages refer to air quality near busy roads. Yet scientific evidence on the adverse health effects of air pollution is perhaps more robust than for noise effects.

So what is the evidence of harm?

There is solid evidence that traffic-related air pollution is harmful to health. Concentrations of various pollutants are greatest close to main roads.

After the tunnel opened, air pollution along two major arterial roads dropped up to around 100 metres away in response to reduced traffic. At the same time, NO2 levels along roads near the tunnel entrances rose in response to more traffic.

Overseas studies have shown levels of NO2 and other pollutants decrease sharply with distance from roads. NO2 pollution reaches urban background levels within 100-250 metres. The sharpest decreases are within 100 metres, although some studies have recorded the influence of major highways up to 500 metres away.

The NSW EPA’s emissions inventory estimated on-road vehicles contribute 61.8% of Sydney’s NOx concentrations. NOx is the primary pollutant or precursor of NO2, which forms when NOx reacts with oxygen in the air.

The adverse health effects of NO2 exposure include increases in all-cause, cardiovascular and respiratory mortality and hospital admissions for respiratory and cardiovascular disease, decreased lung function in children, and an increased risk of respiratory symptoms such as asthma, stroke and lung cancer. 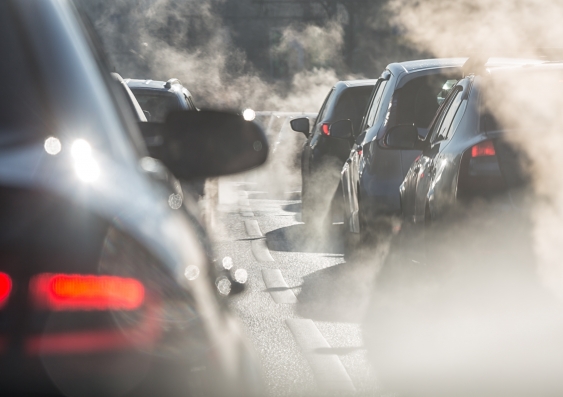 Traffic – and diesel vehicles in particular – is also a major contributor to ultrafine particles in ambient air. Counts along roads and in vehicles reach extremely high levels.

While there is accumulating evidence of adverse respiratory and cardiovascular effects of ultrafine particles from animal and human toxicological studies, epidemiological (population-based) studies are limited.

Studies of short-term exposure suggest effects similar to those seen for larger particles – increased mortality and morbidity for respiratory and cardiovascular outcomes. However, results have been inconsistent.

The conundrum is that while adverse health effects have been attributed to black carbon and ultrafine particles, the expert position is that the evidence is insufficient to support new standards for these pollutants.

Reducing pollution exposure should be a priority