A symposium of distinguished guests supported a research agenda to perpetuate the legacy of the late Professor David Cooper. 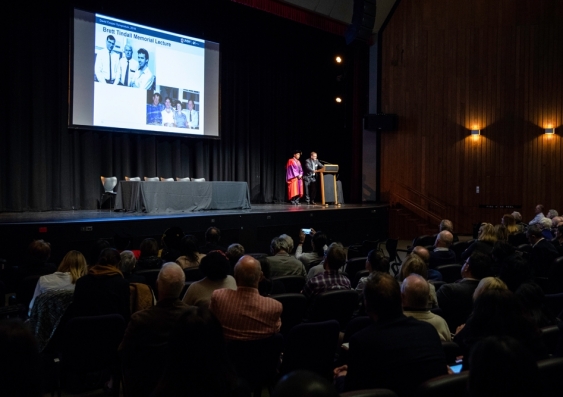 Friends and colleagues attended the David Cooper Symposium on Friday to commemorate the research legacy of the late Professor David Cooper AC.

Following the public memorial on Thursday, which was attended by hundreds of Professor Cooper’s colleagues, patients, family and friends from across Australia and the world, the Symposium was an opportunity to reflect on a topic that was central to his research endeavours throughout his career: universal access to treatment and prevention. 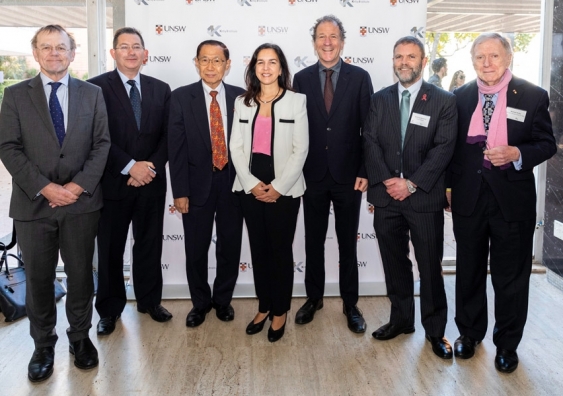 The morning session featured a special conferral of an honorary Doctor of Medical Science upon Professor Praphan Phanuphak, Director of HIV-NAT, the Thai research collaboration centre that he and David co-founded in 1996 along with the late Joep Lange from the Netherlands. The degree was conferred by Jillian Segal, Deputy Chancellor, UNSW and Professor Rodney Phillips, Dean of Medicine at UNSW. To do so at the David Cooper Symposium was particularly poignant, as David himself had nominated Professor Praphan for the award late last year. Professor Praphan had written to David in December when he was advised that he would be receiving the honorary degree, stating that it was “the greatest honour” of his professional life.

Professor Praphan then led the program of presentations and delivered the Brett Tindall Memorial Lecture, on his work with HIV-NAT in Thailand and the pursuit of ending AIDS in the region. 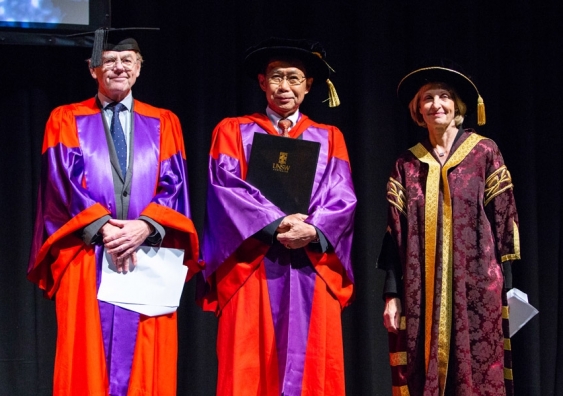 The Symposium featured a packed schedule of academic presentations by some of the most esteemed HIV and infectious disease researchers from Australia and around the world, all of whom were colleagues of Professor Cooper’s throughout his career.

Among the highlights were H. Clifford Lane M.D., Deputy Director of the National Institute of Allergy and Infectious Diseases in the US, who spoke on the role of research in global health, particularly in managing epidemics, and South Africa’s Professor Linda-Gail Bekker, President of the International AIDS Society (a role that Cooper held from 1994–1998) who, keeping with the theme of global health, spoke of the global politics involved in obtaining universal access to treatment and prevention. Professor Brian Gazzard from the Imperial College, London gave a lively overview of the various research methodologies used when looking at HIV and ageing. 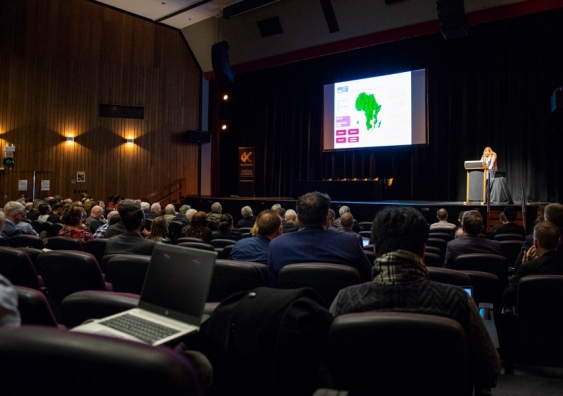 The Symposium carved out a clear research agenda to take David’s vision into the future, with all speakers paying tribute and highlighting David’s contribution to their various fields of research. As Professor Gazzard fittingly concluded his presentation, “David’s soul is eternal. His life will live on through his good work”.