We need a new international approach to drug use, a landmark series of papers led by researchers from the National Drug and Alcohol Research Centre (NDARC) at UNSW Sydney has found. 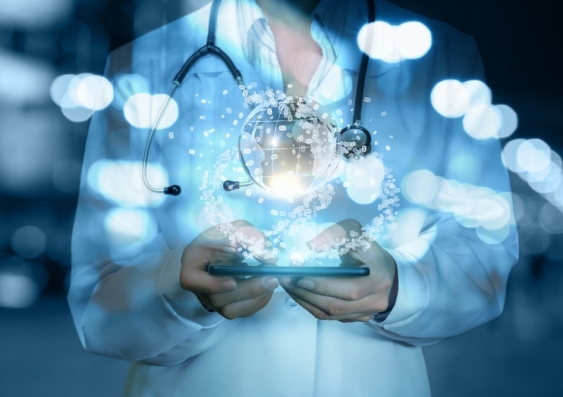 A new international approach to drug use is needed. Image: Shutterstock

A report led by NDARC researchers, published in prestigious journal The Lancet, calls for a new international approach to drug use.

Reviewing the global evidence on opioids, cannabis, stimulants and new psychoactive substances, the authors conclude that we need to adapt our approach using evidence-based policies, which adapt faster, and respond more humanely and effectively to new drugs and their changing availability and patterns of use.

The five-paper Series – which will be presented today at the Lisbon Addictions meeting in Lisbon, Portugal – publishes as the opioid crisis continues, cannabis legalisation expands, global stimulant problems grow, and the number of new psychoactive substances (NPS) identified continues to increase.

Existing estimates have suggested that in 2017 about 271 million people aged 15-64 years (5.5% of the population) had used drugs in the previous year, and between 35-72 million people had drug use disorders globally.

“Globalisation and developments in information technology have transformed drug availability and use, and professional and public policy discourse need to adapt to these new challenges,” says one of the authors of the report, Professor Louisa Degenhardt from NDARC.

The growing problems arising from cocaine and amphetamine use present major challenges to health and justice services in many parts of the world. The authors report that globally, around four in 1,000 people used cocaine and seven in 1,000 used amphetamines in 2018, with an estimated 16% and 11% of these people experiencing dependence, respectively.

People who use stimulants have a mortality rate six times higher than people who do not use stimulants – from elevated risk of suicide, injuries, cardiovascular disease, and homicide. The authors also link stimulant use to poor mental health, violence, injury, sexually transmitted infections and blood-borne virus risk, and foetal harm.

Report co-author Professor Michael Farrell from NDARC says: “Insufficient long-term investment for research and application of evidence-based treatments for stimulant dependence has led governments to rely on law enforcement. Globally, and particularly in the Asia-Pacific region, policy has been dominated by incarceration, with an estimated 235,000 people detained in compulsory drug detention centres in which major infringements of human rights occur. Instead, problems with stimulants require sustained, comprehensive strategies to reduce long-term use and dependence, and substantial research investment is needed to develop these.”

Further research is also needed to address emerging drug trends, including the expansion of cannabis legalisation, and the rapid emergence of a range of new psychoactive substances (NPS), a broad group of psychoactive synthetic substances previously known as legal highs.

NPS challenge traditional approaches to drug monitoring, control and public health responses as they comprise a large variety of substances, which quickly enter and exit the market, with frequent misinformation around their content. By the end of 2018, the United Nations Office on Drugs and Crime had received reports of 892 different NPS.

Report author Dr Amy Peacock from NDARC says: “The current and future effects of NPS in low- and middle-income countries are less clear than in high-income countries, but, in many ways, more worrying. These substances could shape emerging drug markets in countries with large youth populations that are undergoing rapid social changes and experiencing problems with governance, poverty, and social marginalisation. In a world in which different substances can be rapidly introduced, and where people who use drugs change preferences depending on availability amongst other factors, the current means of responding to emerging substances might no longer be fit for purpose, and will need greater international collaboration to tackle. We must focus less on the legal status of new substances, and instead concentrate on improving prevention, treatment, and harm reduction.”

The authors also outline research priorities for understanding the effects of cannabis legalisation and note that it will take until the market matures – in at least a decade – to establish the full impact. They point out that measuring trends in use, associated harms, potency, and social norms around safe use will be crucial, as will improving treatment of cannabis dependence, and understanding how use of cannabis affects alcohol, tobacco, and opioid use.

In the meantime, the authors say that cannabis legalisation in the USA, Canada, and Uruguay is likely to influence global policy in the long term – with Colombia, Luxembourg, Mexico, the Netherlands, New Zealand, and Switzerland considering legalisation currently. They stress that governments should adopt evidence-based policies to mitigate harm when legalising cannabis, such as those shown to mitigate alcohol- and tobacco-related harm.

Effective interventions must also be applied to the opioid crisis, where treatment quality is insufficient despite the scale of the issue – only 86 of 179 countries with injecting drug use offer opioid agonist treatment, the most effective treatment for opioid dependence.

“Despite their superiority, these effective interventions go underfunded, while other ineffective interventions that are well-intentioned or shaped by moral judgements are strongly supported. Opioid dependence is the third most important substance use disorder (after tobacco and alcohol) in terms of contribution to premature deaths and disease, yet the coverage of interventions to prevention of opioid-related harms to health is woefully inadequate in most countries. It is imperative that we expand opioid agonist treatment availability to improve the quality of treatment to people who are dependent on opioids worldwide,” says Professor Degenhardt.

She concludes: “In the face of growing and evolving drug challenges, we must turn our backs on old ways of thinking and encourage new humane approaches – championing this new approach to encourage change worldwide. We must invest funds to develop treatments for drug use as a chronic disease, apply the evidence-based policies and treatments we have available, and adopt approaches based on public health and human rights.”

What goes on inside a medically supervised injection facility?