A tripartite health program developed by UNSW Sydney, Gulu University and the Ugandan Health Ministry has enabled more than 1500 women in Northern Uganda to be screened for cervical and breast cancer. 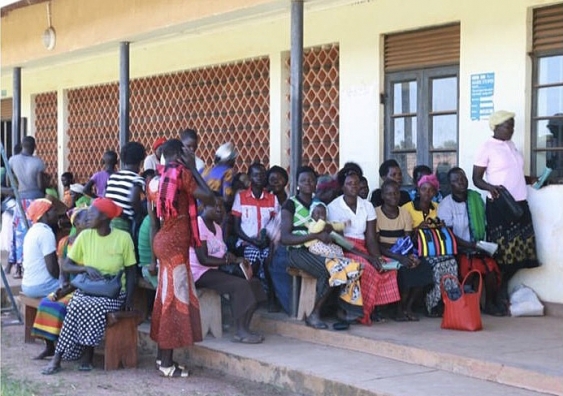 More than 1500 women from northern Uganda have been screened for cervical and breast cancer as part of a community health program that was set up in part by UNSW.

Launched in 2016, the Transforming Community Health Program was the product of a tripartite partnership between UNSW, Gulu University and the Ugandan Health Ministry which aimed to improve women’s and children’s health, reduce non-communicable diseases and mental illness, and introduce online learning in the Gulu University Master of Public Health program.

Prior to the start of the program, Ugandan women had some of the poorest prospects in the world when it came to surviving cervical cancer: 13 per cent were expected to survive five years after diagnosis while in Australia that figure is 72 per cent. Cervical cancer is also the most common form of cancer among Ugandan women, while in Australia it is expected to be eradicated by 2035. Ugandan women’s five-year survival rates for breast cancer are behind the developed world, with 52 per cent likely to survive, compared with a 90 per cent chance of surviving in Australia. 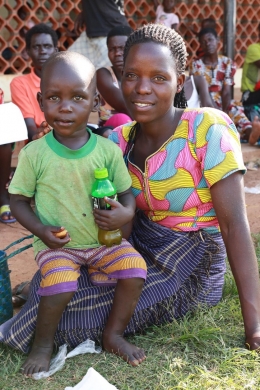 A mother and child at a cancer screening clinic in Northern Uganda.

Cancer clinics for women are being launched in health centres across northern Uganda. Professor Robyn Richmond says following the launch of the cancer screening program in 2017, momentum is building for the clinics to become permanently available to women in northern Uganda.

“By the time the five-year plan for the Transforming Community Health Program finishes, we should have really well-trained nurses and midwives in cervical cancer screening in all the major health centres across northern Uganda, as well as trained health educators, researchers and clinicians,” says Professor Richmond.

At the same time as conducting research into the prevalence of cervical and breast cancer among Ugandan women, the Transforming Health Program team also carried out  a survey of women in rural areas (in 2017) and in an urban area (in 2018) on domestic violence perpetrated by their partners. The results from 800 women surveyed in rural and urban settings were compared, revealing that violence experienced by women in rural areas by their partners was more than double that reported by women living in Gulu Town.

Also, more than half of the women in rural areas had experienced violence in the past year, compared to one in 10 in urban Gulu. In women’s lifetimes, almost four out of five rural women had suffered physical abuse from their partners, in contrast to a third of the city women.

“The results are quite stark between the two with women living in rural areas experiencing much more domestic violence than those in the market place, but it's common in both,” Professor Richmond says.

“And domestic violence is common in Australia as well. It isn't that we've only identified this in northern Uganda, in fact it's a world-wide phenomenon.” 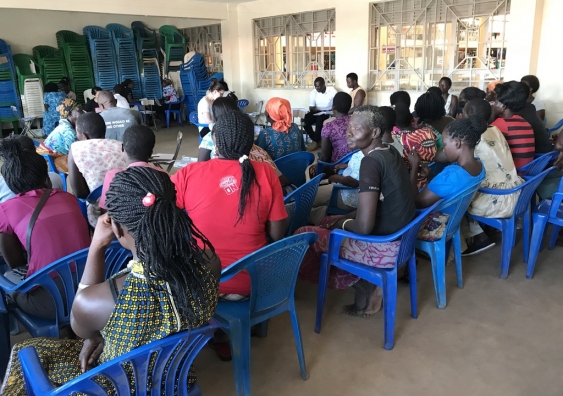 Women in Northern Uganda take part in a survey on domestic violence.

Professor Richmond says the information gained from the studies in northern Uganda provides an understanding of the underlying social issues that may affect efforts to provide better health services for women.

“Certainly before you can do any interventions you need to know what the state of the problem is,” Professor Richmond says.  “And that's why we did the survey and have identified this as a major issue.

“While I was in Uganda last November, I had meetings in Kampala with the Minister of Higher Education, the Ministers of Health and the United Nations Population Fund and discussed these issues with them.

“The UNPF deals with a range of issues related to women's and children's health, including family health and domestic violence, so there are many synergies between their programs and ours.”

In addition to improving women’s health, the group intends to commence screening of children for aural, ocular and oral health in 2019. Included in children’s health will be HPV vaccinations for girls, starting this year.

“This year we will commence a survey of non-communicable diseases among both men and women seeking information on nutrition, tobacco use and alcohol consumption, with emphasis on cardiovascular problems and mental health,” Professor Richmond says.

Professor Richmond and Gulu Universtity Dean of Medicine Dr Felix Kaducu share a vision for the future of this program with mobile health teams taking a range of health services to remote areas in northern Uganda.

Dr Kaducu is also keen to transform the face-to-face, paper-based teaching in the university’s Masters of Public Health program into blended learning and online delivery of courses. During the UNSW visit to Uganda in November, seminars and workshops were held with academics and students from the Faculty of Medicine at Gulu University to discuss the process of educational development of their MPH courses.

A panel of postgraduate students and a staff member from the UNSW spoke about their experiences with online learning and answered questions from Gulu University staff and students. The panel and discussion between the two universities was moderated by an educational developer from the Medical Educational Development Unit at UNSW Medicine. Professor Richmond described the event as a very successful interactive seminar which set the groundwork for the development of existing educational courses to deliver online.

“Makerere University in Kampala spent five years developing an online Masters of Public Health program. So what we've started to do is adapt the courses at Gulu University for blended learning and online delivery,” Professor Richmond says. 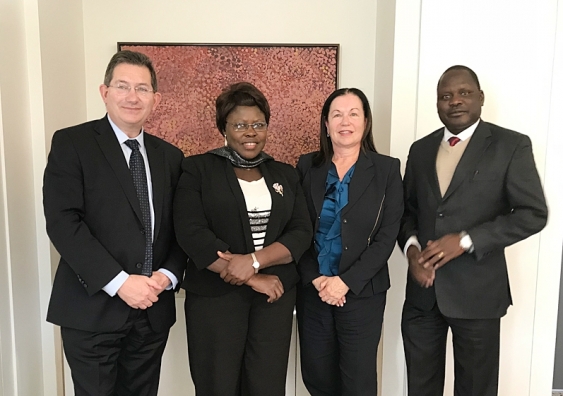 Professor Richmond is looking forward to revisiting Gulu University to engage in the women’s and children’s health projects and initiate the survey on non-communicable diseases and mental health, and at the same time foster the educational development of public health courses. The partnership between the two universities engages academic staff and students from both universities who work collaboratively.

UNSW developed a tripartite partnership with Gulu University and the Ugandan Ministry of Health following a Memorandum of Understanding signed by Vice Chancellor Ian Jacobs and the Vice Chancellor of Gulu University in 2016. Professor Richmond, Associate Dean (postgraduate coursework) in the Faculty of Medicine is co-leading the project with Dr Kaducu and Ugandan Health Minister Dr Joyce Moriku Kaducu.