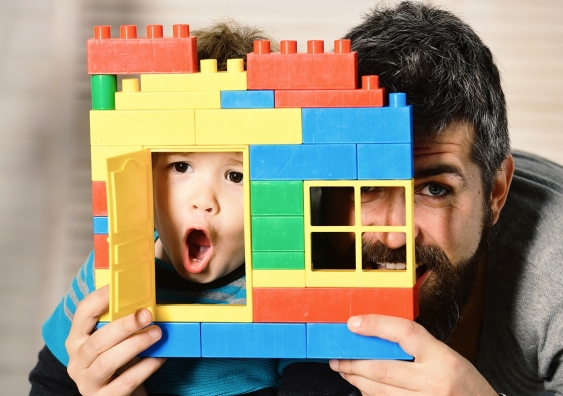 A positive parent-child relationship in the early years is a key indicator for a child’s lifelong psychological health, says Dr Kohlhoff. Photo: Shutterstock.

Parents of young toddlers with challenging behaviours have found support through a new early-intervention program aimed at children aged 12-24 months, a study has shown.

The unique program focuses on not only addressing the child’s behavioural problems, but also enriching the relationship between the parent and the child. It was developed by researchers at UNSW Sydney and the early parenting organisation, Karitane.

“Having young toddlers can be hard, but it's especially hard when your child is having multiple tantrums per day and showing aggression,” says Dr Jane Kohlhoff, lead author of the study and senior lecturer in UNSW Medicine’s School of Psychiatry. “It can make it difficult to enjoy parenting.

“Our findings are encouraging for so many parents because this program is a new way of learning how to manage these behaviours, improve the quality of your relationship with your toddler, and also to put them on a positive pathway.”

The eight-week program takes place during weekly parent-child play sessions. The parent and child play together while a therapist – who sits behind a one-way mirror in another room – coaches the parent in how to best respond to challenging behaviours via a Bluetooth earpiece.

“The therapist first helps the parent identify the source of the child’s challenging behaviour and then guides them in how to respond. This instant feedback is supportive and powerful,” says Dr Kohlhoff.

“As parents become better equipped to identify why the child is being disruptive, they can help the child manage and regulate their emotions. With this support, the child will gradually become better at doing this on their own.”

While this style of parent coaching (called 'Parent-Child Interaction Therapy’) has been used before, it’s the first time the method has been adapted to young toddlers as an early intervention technique.

A check-up with the families four months after the program, the trial’s set follow-up period, show that the benefits were long lasting. The results were published over the weekend in Infant Mental Health Journal.

“Not only were there dramatic improvements in children's behaviour, but also in parenting sensitivity and the quality of the relationship between the parent and the child,” says Dr Kohlhoff. “Parents also reported feeling less stressed after the program.”

These program outcomes were measured using a series of parent-report surveys and therapist observations of parent and child behaviour. The long-term findings support the immediate benefits of the program, which were tested in a randomised controlled trial and published in Journal of Clinical Child & Adolescent Psychology earlier this year.

While the cohort of this pilot study was small (25 parents completed the program and 18 completed the follow-up), the findings are an important first step in testing the effectiveness of Parent-Child Interaction Therapy for toddlers. 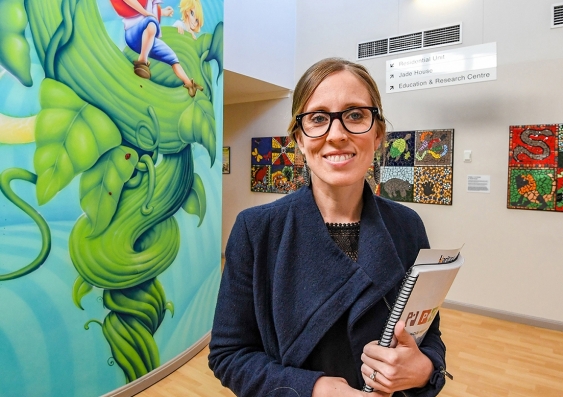 Finding the cause of the behaviour

Adrienne* decided to join the program after noticing her daughter’s tantrums were a bit different to other kids her age.

“Sophie* was constantly screaming, crying and throwing tantrums,” says Adrienne. Her daughter was 15 months old when they joined the program.

“At that young age, she didn’t have the words to say what she wanted, so she used her voice to get attention.”

During the intervention, parents are coached to identify the cause of the child’s disruptive behaviour and respond accordingly.

“One of the biggest benefits about the program is that it teaches parents to reconceptualise their child's challenging behaviours,” Dr Kohlhoff says.

“Often, the behaviour isn’t a deliberate disobedience, but a result of the child’s struggle with new, big emotions, like frustration, fear and anxiety.”

When the child is struggling with a big emotion, the parent is coached to use practical techniques to help the child become calm again.

“If a child starts to play roughly with their toys, it may be because they are having difficulty knowing how they work,” says Dr Kohlhoff. “For example, take a child in a play kitchen trying to get a large toy saucepan to fit into a small oven. For a young child, this can be frustrating and the feelings may escalate quickly. It may lead them to become rough and aggressive, or to have a tantrum.

“In this instance, the parent would be coached to notice this change in emotion early, and then to move closer to the child and validate their emotions by saying, ‘I know you are feeling frustrated right now’. The parent could also reassure the child by saying ‘Mummy is here to help you’, while soothing them with a calm voice, showing physical comfort, and suggesting another place to put the saucepan.”

“It really helped getting instant advice through the headset,” says Adrienne. “My husband and I feel more at ease with knowing how to help her during meltdowns.

“Our relationship with our daughter improved. We learnt important play skills, like the way we sit on mats with her and how we use our language.

“I’m more mindful of what I say – for example, I’ve learnt to be specific in my praises rather than saying something general, like ‘Good girl,’ when she’s behaving well.” 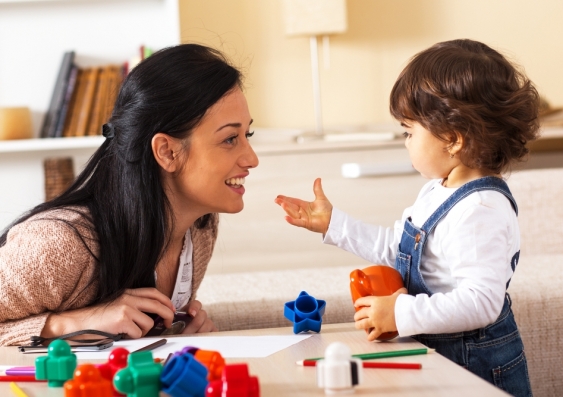 During the play session, parents are encouraged to let the child lead, use lots of specific praises, and remember to have fun together. Photo: Shutterstock.

The importance of early intervention

While it’s normal for children to express aggression and irritability, persistent challenging behaviours could be a sign that a child is on a pathway towards increased psychological problems as they grow older.

“Emotion regulation problems underlie many adult psychological disorders,” says Dr Kohlhoff. “By addressing these behaviours early, it can help give children the best chance in their future mental health.”

A positive parent-child relationship in the early years is a key indicator for a child’s lifelong psychological health, says Dr Kohlhoff.

“Letting the child lead the play, using lots of specific praises, and just having fun together are really important for the child,” says Dr Kohlhoff.

“Children at this young age are still trying to work out what emotions are, and how to navigate them,” says Dr Kohlhoff.

“One of the best things a parent can do is to help their child understand and manage their emotions. We can’t expect young toddlers to do it themselves.”

This research was conducted in southwestern Sydney at parenting organisation Karitane, who contributed funding to the program. The program is now part of the suite of clinical treatments offered at the Karitane Toddler Clinic, and Dr Kohlhoff says it is the kind of program that could be taught to other clinicians and rolled out to other clinics further down the track.

To build on this research, Dr Kohlhoff is conducting a larger randomised control trial to evaluate how the Parent-Child Interaction Therapy for toddlers program compares to other parenting programs.

*Names of the program participants have been changed.