A $3.2 million grant will allow UNSW researchers to broaden their international research collaboration to determine common factors of cognitive decline and dementia. 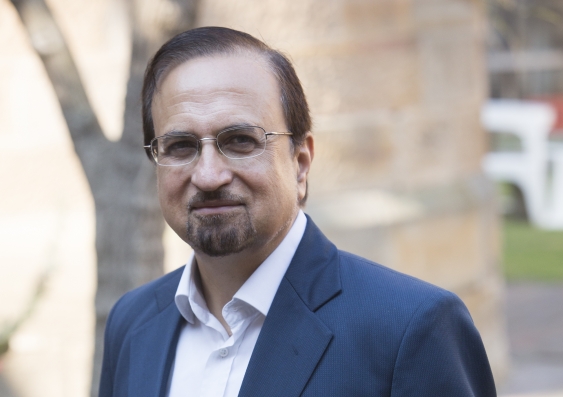 A National Institute on Aging grant will allow researchers from the Centre for Healthy Brain Ageing (CHeBA) to broaden their international research collaboration to determine common factors of cognitive decline and dementia.

Co-Director of CHeBA Professor Perminder Sachdev has been awarded $US2.57 million ($A3.2 million) from the National Institutes of Health, USA, to identify risk and protective factors and biomarkers of cognitive ageing and dementia.

The grant will allow CHeBA to broaden its international research collaboration within COSMIC (Cohort Studies of Memory in an International Consortium), specifically to determine what factors are common for cognitive decline and dementia in all human populations irrespective of race, ethnicity and socioeconomic development.

“If an impact is to be made on this disability burden, we must understand the risk and protective factors for cognitive decline associated with ageing. The best approach is to study this and to develop early biomarkers is using population-based ageing cohorts.”

The funding will support bringing together cohort studies of cognitive ageing internationally to facilitate a better understanding of the determinants of ageing and neurocognitive disorders. The main objectives are to harmonise shared data from studies that longitudinally examine change in brain function and the development of dementia in people aged over 60.

The data harmonisation strategy in COSMIC is unique and offers the potential to explore both existing and novel research questions by creating a single, large database. Creating a single, large database helps to minimise the influence of both study-level (e.g. methodology) and individual level (e.g. demographic) factors, while also enabling these to be explored as potential contributors to differences in results.

“COSMIC is truly an international effort,” said Professor Sachdev. “It currently has 30 member studies from five continents and potentially data from more than 90,000 participants.

“The rules of COSMIC’s engagement have been established and the success of its initial projects has demonstrated its feasibility. This funding will now allow make a lasting impact on the epidemiology of cognitive ageing and dementia,” he said.

Having already led a number of international consortia, Professor Sachdev says CHeBA is in an outstanding position to make a difference to the worldwide understanding of dementia for improved outcomes in prevention and earlier diagnosis as well as earlier and more effective interventions.

Richard Grellman AM, Chairman of IPH Limited, AMP Foundation and spokesman for The Dementia Momentum initiative – which aims to increase community awareness and drive societal change while generating philanthropic support for CHeBA’s big data research – congratulated its co-directors on their track record in dementia research.

Are you a supercentenarian? Conference tests the secrets of living longest