Medical scientists have invented a new spinal fusion device to reduce chronic back pain, the most common reason for pain and disability in people aged under 50. 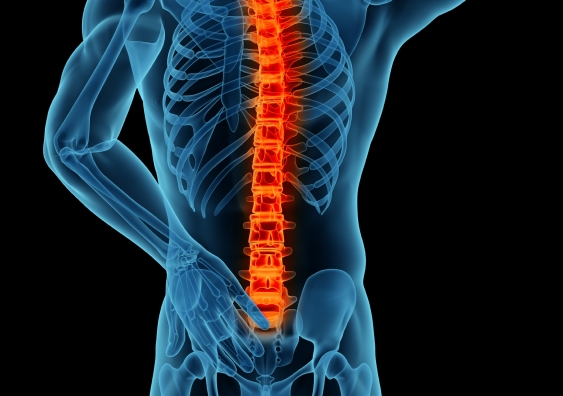 The Thru-Fuze device targets chronic back pain, the most common reason for pain and disability in people aged under 50 (iStock).

An innovative new spinal fusion device that is simpler and cheaper than existing technology and avoids the need for more invasive surgery and bone grafts will enter human trials next year, UNSW Australia researchers say.

UNSW researchers and surgeons anticipate the innovative Thru-Fuze™ medical device will transform spinal fusion surgery, which is used when conservative therapies such as physical therapy, medication and injections have failed.

The human trials, which are expected to begin at the Prince of Wales Hospital, Sydney in late 2016, have been made possible through $1.59m in funding from the NSW Government’s Medical Device Fund.

One of the goals of spinal fusion is to stabilise the spine to prevent the extraneous movement that causes back pain. Chronic back pain from spinal disorders or degenerative disc disease is a major public health issue around the world and is the most common reason for pain and disability in people aged under 50. 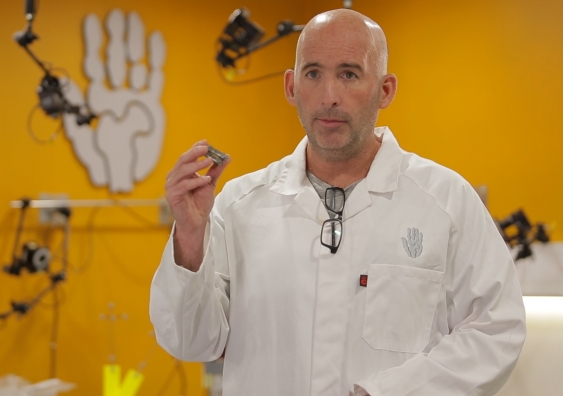 “Existing methods of spinal fusion use rod or cage systems that require screws to be drilled into the spine and a painful bone graft harvested, which is the material used to form the bridge and obtain the fusion between the vertebrae in the spine,” Professor Walsh said. 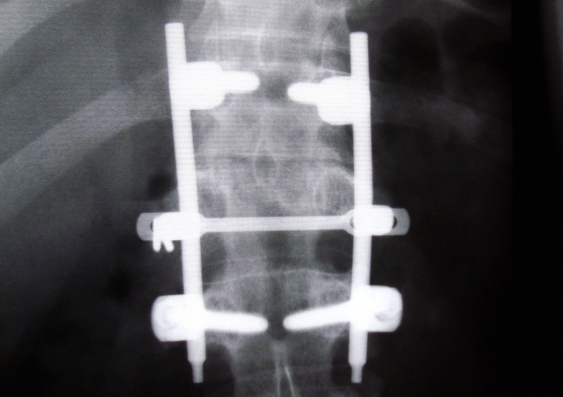 Existing methods of spinal fusion use rod or cage systems that require screws to be drilled into the spine and a painful bone graft harvested. Photo: Flickr/Warrenski

“These systems are very costly, difficult and time consuming to implant and they also have relatively variable rates of fusion success.”

“Existing methods rely on the bone to make its way right across the vertebrae and it can take up to a year to find out if the surgery has been a success.

Non-union, or failure to achieve a solid fusion, has been reported in over 50% of patients using existing methods of spinal fusion.

The Thru-Fuze™ device is innovative because it stabilises the spine without the need for a bone graft.

Pre-clinical and laboratory testing in animal models by Professor Walsh’s team has shown fusion of bone on and through the device after it is placed between vertebrae, resulting in rapid ‘biomechanical’ fixation.

Professor Walsh’s team has shown fusion of bone on and through the device after it is placed between vertebrae, resulting in rapid ‘biomechanical’ fixation.

The new NSW Government funding comes on top of $2.3 million that has already been invested in the development of the device by private equity company, Intellectual Ventures. This funding allowed the UNSW team to engage global industrial experts, including Dr Andy Carter and Orchid Design USA, in the research and development phase of the product.

Intellectual Ventures has exclusively licensed the device from UNSW as part of a five-year ongoing partnership with UNSW Innovations to source inventions to commercialise. 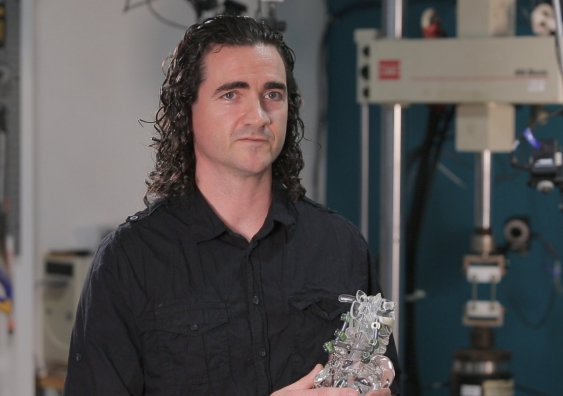 Device co-inventor Dr Matthew Pelletier, from UNSW’s Prince of Wales Clinical School, said the team had so far successfully navigated the “valley of death” between the creation of the medical device and its commercialisation. Patents for the technology have also been filed in Australia, Europe, China and the United States.

Neurosurgeon and Conjoint Lecturer with UNSW’s Prince of Wales Clinical School, Dr Ralph Mobbs, who will lead the human trials, says the potential of the device is significant.

“New technologies such as the Thru-Fuze™ are of paramount importance, as surgeons strive to deliver better patient outcomes with less invasive and more effective implant and prostheses options.”

The Thru-Fuze™ device was one of seven medical devices to receive funding from NSW Health’s Medical Device Fund, announced by the NSW Minister of Health, Jillian Skinner.