UNSW's Kristina Warton has received a grant from the Ovarian Cancer Research Foundation to investigate a blood test for early detection of ovarian cancer. 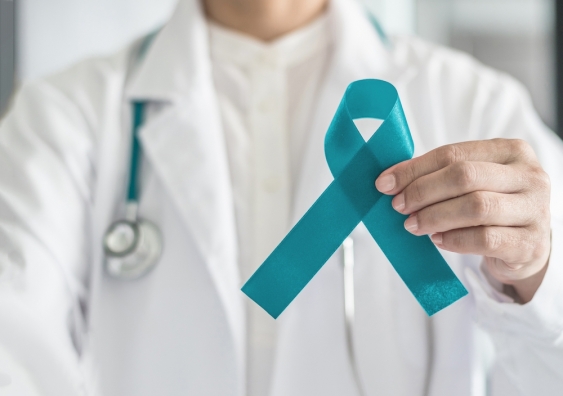 A leading UNSW Sydney scientist is investigating a blood test for early detection of ovarian cancer, based on DNA shed by cancerous tumours found circulating in the bloodstream.

Dr Kristina Warton from UNSW Sydney’s School of Women’s and Children’s Health is one of seven scientists around Australia today awarded a share of $2.8 million funding from the Ovarian Cancer Research Foundation (OCRF). Dr Warton's grant will be worth $300,530 over two years.

Ovarian cancer is the deadliest gynaecological disease. Every year, more than 1600 Australian women are diagnosed with the disease, and it claims the lives of more than 1000. It is known as the silent killer, as women with early stage ovarian cancer commonly do not present with any symptoms. This means the disease is often not detected until the advanced stages and spread beyond the ovaries, with the five-year survival rate a depressingly low 45 per cent.

Unlike other cancers which can be diagnosed by effective screening at an early stage – for example, cervical cancer by a cervical screening test or breast cancer by mammography – an early detection test for ovarian cancer does not exist.

Like other cancerous tumours, ovarian cancer tumours shed DNA which spills into the bloodstream. The DNA is different to healthy DNA because it has mutations, however, it is difficult to detect because it is so fragmented. In addition, every patient has different mutations, making it challenging to identify a common thread behind disease.

However, Dr Warton says methylation is a change that happens in cancer that is more consistent. She is now using a cutting-edge scientific technique to amplify this circulating tumour DNA to detect methylation, and developing this into a blood test.

Dr Warton says she always wanted to work in cancer research, and focuses on ovarian cancer because of excitement around progress towards a cure.

“If you manage to develop an effective test for cancer, that is literally as good as a cure because if you catch the cancer early you can cure it through surgery. Cervical cancer is a really good example because in countries where the health systems have been able to widely apply the Pap smear, cervical cancer rates have really plummeted. It’s all about diagnosis. If you can find cancer early, it becomes treatable by surgery.”

If ovarian cancer is detected early enough, survival rates increase to about 80 to 90 per cent.

OCRF chair Ms Julie Toop said the 2018 research projects funded by the organisation, like Dr Warton’s, were exciting, diverse and promising. “Ovarian cancer is an insidious disease that often strikes without warning. Across Australia, one woman dies every eight hours from this disease. The key to changing this statistic and giving women with ovarian cancer a better long-term outlook is early detection and innovative new treatments.

“We are excited by the unique approaches taken by these leading researchers and are hopeful the research we support will become a reality to detect this disease early and treat it effectively, so women can continue to lead long and fulfilling lives.”