UNSW Professor Richard P Harvey has joined scientific luminaries Einstein, Newton, Florey and Hawking as a Fellow of the Royal Society, the oldest continuously operating academy of science in the world. 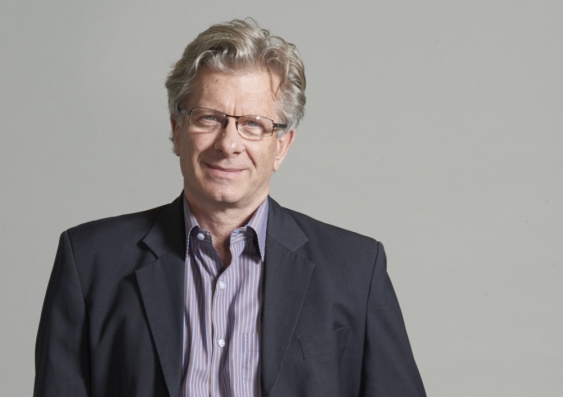 UNSW Professor Richard P Harvey has been elected as a Fellow of the Royal Society, one of the greatest honours that can be bestowed upon a scientist (Photo: Victor Chang Institute)

UNSW Professor Richard P Harvey has joined scientific luminaries Einstein, Newton, Florey and Hawking as a Fellow of the Royal Society, the oldest continuously operating academy of science in the world.

Since its inception in 1660, the Royal Society has played a part in some of the most significant and life-changing discoveries in scientific history, including publishing Newton’s laws of gravity and Benjamin Franklin’s experiment demonstrating the electrical nature of lightning. The Society also backed James Cook’s expedition to Australia.

Professor Harvey, from the Victor Chang Institute, was one of only two Australians among 10 new Foreign Members announced by the Royal Society for 2016, alongside 50 new Fellows.

“This is an unbelievable honour. I am really quite overwhelmed by it all,” said Professor Harvey, who also holds the Sir Peter Finley Professorship of Heart Research at UNSW.

A master of developmental biology, Professor Harvey is responsible for discovering the gene which regulates how the heart develops. This vital breakthrough also revealed a major cause of congenital heart disease in children.

Professor Harvey is also a world leader in stem cell research and cardiac regeneration. His current work is aimed at limiting the damage to the heart after a heart attack, which could help the 45,000 Australians who suffer a heart attack each year.

This is an unbelievable honour. I am really quite overwhelmed by it all.

One of the first scientists to join the Victor Chang Institute almost two decades ago, Professor Harvey is the Co-Deputy Director and Head of the Developmental and Stem Cell Biology Division. He is also a Fellow of the Australian Academy of Science and European Molecular Biology Organisation (EMBO), and a Chief Investigator of the ARC consortium, Stem Cells Australia.

Professor Harvey has published over 170 peer-reviewed articles, with over 11,000 citations to date. He has also co-edited what are arguably the foremost textbooks in the field of heart development today.

The Royal Society is dedicated to recognising excellence in science, furthering the role of science, engineering and technology and promoting science and its benefits for humanity.

The Fellowship of the Royal Society is made up of the most eminent scientists, engineers and technologists from across the UK and the Commonwealth. There are currently only 1600 Fellows, including just 61 Australians.

The full list of new Fellows and Foreign Members can be found here.

Stem cell therapies are advancing but will Australian patients be left behind?