A team from UNSW Medicine has launched a major women's health project in Uganda as part of a long-term initiative to improve the health of the community and provide ongoing training for nurses and midwives. 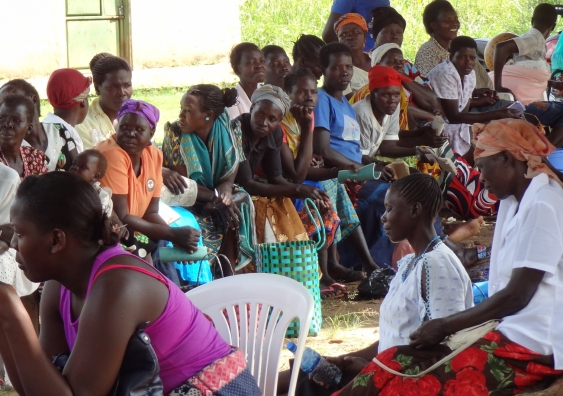 Women waiting to be screened for cervical and breast cancer at the main health centre in northern Uganda. Photo: Supplied

A major UNSW project has launched to help transform the health and lives of women in northern Uganda who suffer from high levels of domestic violence and have limited access to reproductive health care.

The project is part of a five-year community health program in Gulu, about 340 kilometres north of the capital, Kampala, that continues a relationship formally established last year with a Memorandum of Understanding between UNSW and Gulu University. The project is one of four UNSW initiatives in northern Uganda that aim to improve the lives of people in the region who have been plagued by decades of civil war. 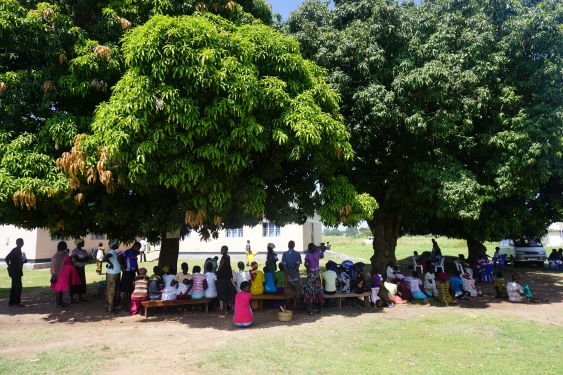 “It profoundly affects you to see these beautiful Ugandan women who live impoverished lives and face huge delays in cancer treatment because of a lack of information, ignorance about cervical cancer and very little early detection of pre-cancerous lesions,” said Professor Richmond.

Last month Professor Richmond and representatives from UNSW and Gulu University surveyed 408 women about their reproductive health, domestic violence and if they had ever been screened for breast and cervical cancer.

“When we arrived to start interviewing, almost 100 women had already gathered on benches under the lush evergreen mango trees in the grounds of the health centre. The mothers were caring for children, breastfeeding babies, surrounded by goats, dogs and chickens, with growing crops of maize surrounding them,” said Professor Richmond.

“Over the next few days the numbers of women grew. I was so surprised to see that many women, and pleased too, as we were obviously giving them something they wanted.” 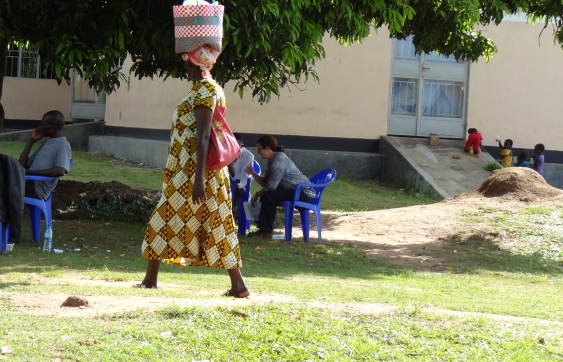 Ugandan woman outside a health centre in Gulu. Photo: Supplied

Professor Richmond, from UNSW’s School of Public Health and Community Medicine, said interviews were conducted in groups of three at two local health centres an hour outside Gulu. A UNSW team member asked women questions in English and these were translated by a Gulu University student or academic into the local language, Acholi, with the answers recorded on tablets.

The survey found that many husbands did not approve of their wives using contraception, more than 40% of the women had a child who died in infancy or childhood, more than one third suffered physical abuse by their partners and 29% were hit or beaten during pregnancy.

“In northern Uganda, some women have more than 10 children because their husbands don’t want them to use contraception. It struck all of us how much the women are suffering from domestic violence,” said Professor Richmond.

The appearance of the Ugandan women, dressed in bright, colourful traditional dress, belied their sometimes horrific experiences. Professor Richmond found particularly harrowing the story of one woman who was living with HIV, had eight children and whose husband had poisoned himself after he had been suffering from AIDS. 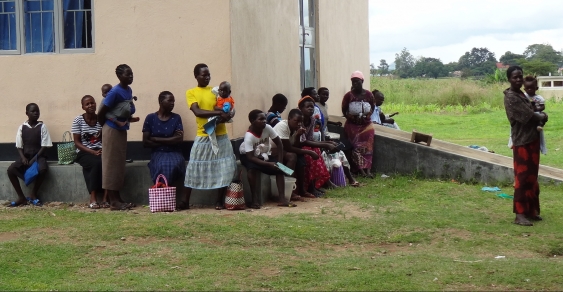 Women waiting to be surveyed outside a health centre. Photo: Supplied

She was saddened by the stories the women told them about their lives as they answered the survey questions, and the impact years of Ugandan violence and political upheaval had on them.

“There are so many public health problems because of years of insurgencies. The women and children have been the casualties,” Professor Richmond said.

As part of the women’s project, 235 women were screened for cervical and breast cancer at the health centres, and those identified with pre-cancerous cervical lesions were treated with cryotherapy. Cervical cancer is the leading cause of cancer-related deaths among women in Uganda. With a very low uptake of low cervical cancer screening, the country has one of the highest cervical cancer incidence rates in the world at 47.5 per 100,000 each year. It is frequently undiagnosed until it has reached stage 4, the advanced stages of the disease.

But Professor Richmond is hopeful that the Transforming Community Health Project will lead to a positive impact and improved health of women living in northern Uganda. 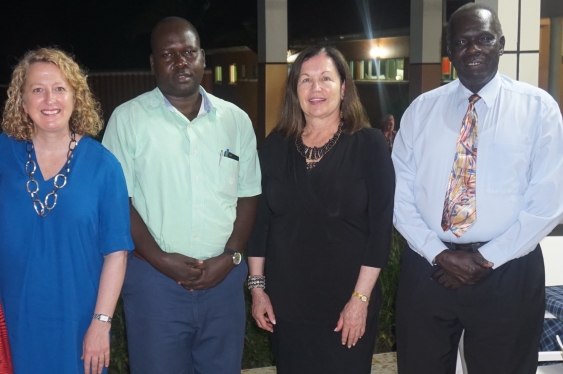 The program also developed and implemented a model to train nurses from health centres in the surrounding districts to teach nurses and midwives how to screen for cervical and breast cancer. In November, 30 nurses from five health centres trained at Gulu University in the theory of cervical and breast screening, followed by hands-on screening techniques practise conducted at health clinics.

“Every month the nurses from the Ugandan Women’s Health Institute, established by President and Vice-Chancellor Professor Ian Jacobs in 2005, are continuing to educate nurses working in northern Uganda, including providing continued support and ongoing quality training,” said Professor Richmond.

Professor Richmond will return to Gulu in 2018 with a UNSW team to focus on the second phase of the project – screening children to determine their ear, eye and oral health and other childhood diseases.

“There are no statistics on the health of children nor programs that exist for children’s health in northern Uganda. Our first step is to find out the diseases existing in children. Because if you don’t know how bad the problem is, you can’t do anything to ameliorate it,” she said. 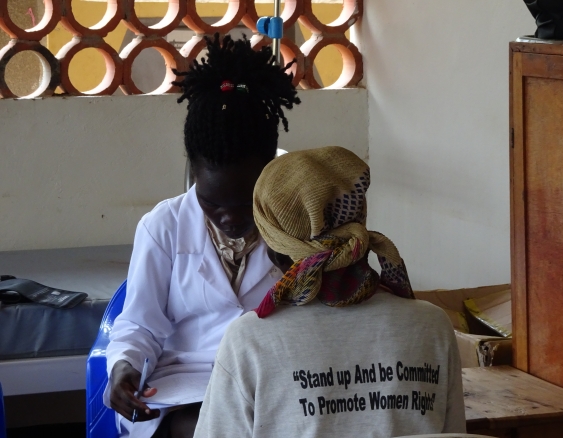 A woman is surveyed at a health centre. Photo: Supplied

The UNSW team that travelled to Gulu to work in the northern Ugandan health centres included:

• Professor Heather Worth, Lead of the South Pacific group of the IGD and Professor in Public Health

• Dr Terri Foran, physician in the School of Women’s and Children’s Health, Prince of Wales Hospital