UNSW's newest Indigenous doctors come from all walks of life

A former electrician, who is aiming to become the first Indigenous specialist in obesity-related surgery, is among the eight Indigenous doctors who graduated from UNSW Medicine today. 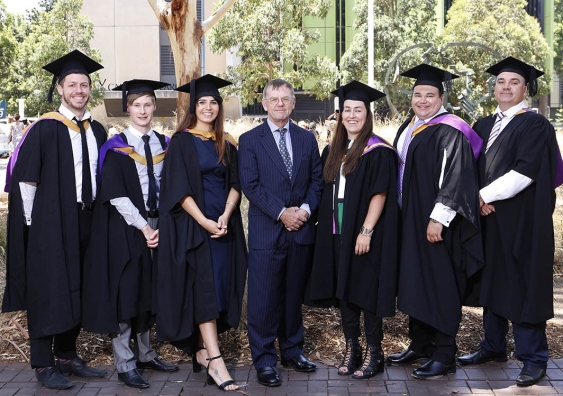 A former electrician, who was once earning $5.50 an hour as an apprentice, is among the eight Indigenous doctors to graduate from UNSW Medicine today.

Coming from all walks of life, the group also includes a musician and a former army sniper and is the highest number of Indigenous doctors to graduate in a single year, surpassing the six that graduated in 2014.

Among them is former 'sparkie' Justin Keevers, who is aiming to become the first Indigenous doctor to specialise in obesity-related surgery. 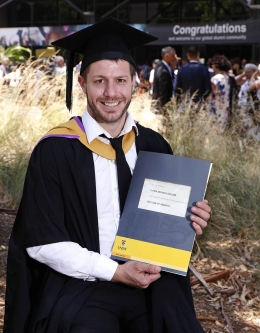 “The burden of obesity-related type 2 diabetes among Indigenous adults is much greater than non-Indigenous people and this appears to be rising,”  Keevers said.

Keevers credits UNSW's Pre-Medicine Program with setting him up for his training to become a doctor. The program is jointly run by the UNSW Rural Clinical School and Nura Gili.

“It definitely felt like jumping in the deep end, but we did it knowing that we had support if we needed it. The course crunched eight weeks of learning into four and my knowledge was tested at the end with an exam. This was a massive challenge but meant once I started my medical degree I was ready to go.”

Australia-wide there are 204 Indigenous doctors, double the number a decade ago, but only a fraction of the almost 3,000 needed for population parity, according to the Australian Indigenous Doctors’ Association.

Gumbayngirr man Brendan Phillips, who will begin work at Nepean Hospital, Sydney next year, said a greater focus on expanding the Indigenous medical workforce is crucial if Indigenous health and life expectancy is to improve.

I personally have never been treated by an Indigenous doctor but would love it if I had that option, because they are likely to better understand the social concerns, health issues and family dynamics specific to Indigenous people.

“The absence of Indigenous doctors in my Coffs Harbour community growing up was something that really stood out to me,” Phillips said.

“I personally have never been treated by an Indigenous doctor but would love it if I had that option, because they are likely to better understand the social concerns, health issues and family dynamics specific to Indigenous people.”

Phillips completed the second part of his degree at the UNSW Rural Clinical School’s Coffs Harbour Campus, which gave him a greater insight into important rural and Indigenous healthcare issues.

The graduates say that with the high cost of living in Sydney and having limited time to work, financial support was also vital. They received support from a range of organisations including scholarships from The Balnaves Foundation and residential scholarships from the Shalom Gamarada program to live on campus. 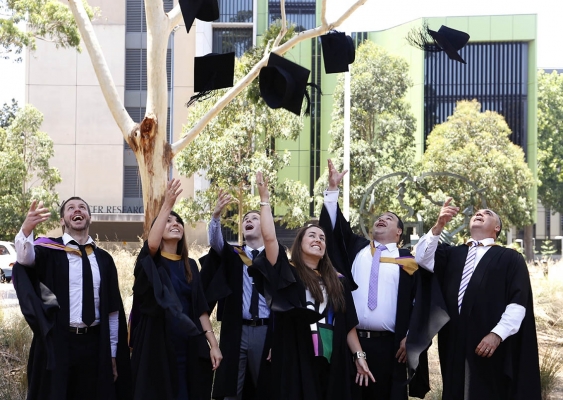 "Our goal is for these scholarships to encourage Indigenous medical students to become leaders and role models within their community,” Mr Balnaves said.

The Chair of Aboriginal Health at UNSW and co-founder of the Shalom Gamarada Ngiyani Yana scholarship program, Professor Lisa Jackson Pulver AM, said the graduates are proof that the residential scholarships are the critical hand up people need to achieve their dreams.

“UNSW’s Indigenous Entry into Medicine Scheme is a competitive program helping to redress the current imbalance which results in the Indigenous population struggling to get access to an Indigenous medical practitioner,” Professor Phillips says.

“This is an exciting day for these doctors in training, their families and UNSW Medicine.”

A boost to Indigenous health