About a quarter of medical students show symptoms of depression, and one in ten report suicidal thoughts, writes Ute Vollmer-Conna. 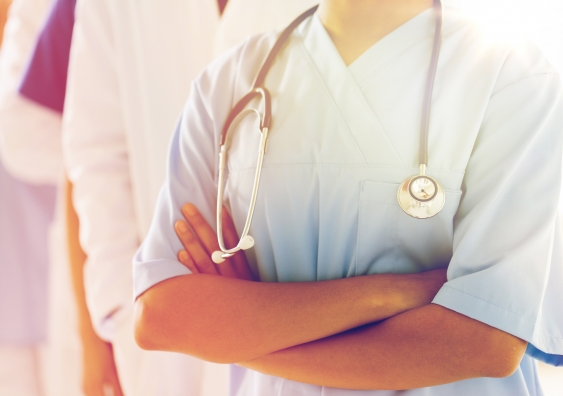 OPINION: The highly regarded Journal of the American Medical Association has published a comprehensive review examining the prevalence of depression, depressive symptoms and suicidal thoughts among medical students.

The pooled findings of 195 studies from 47 countries demonstrated that the mental health of medical students is a significant global problem. Overall, around a quarter of students screened positive for symptoms of depression, and one in ten reported suicidal thoughts. The authors said that these estimates are around two to five times higher than those reported in the general population.

While this report has caused a notable stir in the medical academic community, sadly it adds to a body of existing evidence. Concerns about unacceptable levels of mental health problems in medical trainees have been voiced for decades. The current study follows a 2015 publication by the same group, in which they reported prevalence of depressive symptoms in trainee resident physicians of almost 29%.

Recent evidence shows that Australian medical students also face mental health problems. Beyond Blue conducted the first nation-wide study in 2013. Of 1,811 medical students surveyed, one in five reported suicidal thoughts over the previous year, and 40-50% experienced emotional exhaustion and symptoms of depression and/or anxiety above case level (as measured by the General Health Questionnaire). The documented rates of distress and suicidal thoughts were significantly higher than those of the Australian population and other professional groups.

Serious problems not being addressed

Collectively these findings present serious cause for concern. It is clear that training to become a doctor is associated with a high personal burden of mental health problems. But there are ramifications beyond the personal level, with research documenting significant links between the mental health of medical professionals and the overall effectiveness of health care, including patient safety. In the medical context, ensuring good mental health in trainees is central to addressing and improving the future health of Australia as a nation.

Why then has this problem remained unaddressed for so long? Perhaps it’s habit. Medical training continues to reinforce the idea that the profession is demanding and that doctors should be invincible and immune from the effects of stress.

Significant stigmatising attitudes of doctors and medical students in regard to the competency of colleagues with known mental health conditions have been documented. These attitudes lead to underreporting of mental health problems and impede appropriate help-seeking behaviours. Notably, this new systematic review found that only 16% of students who screened positive for depression actually sought professional help.

The culture of medicine

In an editorial that accompanies the newest research, Dr Stuart Slavin agrees that aspects of the culture of medicine are likely to have contributed to the evident inertia in effectively addressing the mental health risks of medical trainees. He criticises the tendency of educators to primarily focus on the student through providing generic resilience-building programs. Dr Slavin suggests evaluation of the culture and teaching environment would be a better focus, particularly given reports that bullying and harassment of junior doctors are common.

Even so, unless we understand the spectrum of risks and triggers of student mental health problems, Band-Aid solutions hastily put in place are not likely to offer effective or lasting solutions. Our recent research shows that one size rarely fits all in behavioural interventions.

A review examining the effectiveness of existing interventions aimed at improving medical student wellbeing found the available evidence of such poor quality that no firm conclusion could be reached.

We need better data, and action

Clearly, implementation of strategies at the personal, curriculum and medical culture level requires better quality evidence. Research must be of a prospective, longitudinal nature to enable examination of a role for pre-existing risks and vulnerabilities in the development and maintenance of health problems.

We also need to know about new triggers emerging in response to emotional, existential and work place-related challenges met in clinical training. Data collection must go beyond self-report measures, and include clinical assessments allowing valid estimates of mental conditions.

Further, the full spectrum and comorbidity of mental health complaints likely to be seen in young adults – including eating disorders, substance misuse and anxiety disorders – have yet to be examined prospectively over the course of clinical training.

Mental distress and associated poor coping and health behaviours (including sleep) are known to affect the function of biological systems linked to adaptation and body integrity, such as the nervous and immune systems. Disturbances in these interconnected systems – which impact dynamically on key neural circuits responsible for emotion and motivation – can perpetuate a vicious cycle of ill health and poor functioning. Preliminary data collected at my laboratory clearly shows that this is indeed the case in UNSW medical students (manuscript under review).

To date, no study has included longitudinal monitoring of psychopathology, biological functioning and behaviour in a cohort of medical trainees. Only research of this calibre will elucidate the triggers and mechanisms that put our student doctors at risk of serious mental health problems.

How much longer will we wait before we take this important issue seriously?

Ute Vollmer-Conna is an Associate Professor in the School of Psychiatry at UNSW.

This opinion piece was first published in The Conversation and can be republished for free, online or in print, under Creative Commons licence.