The AMA is urging the government to consider the establishment of new medical schools in rural and regional areas to boost the number of doctors, writes John Dwyer. 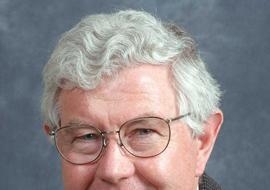 OPINION: The Australian Medical Association (AMA) is urging the government to consider the establishment of new medical schools in rural and regional areas to boost the number of doctors in the countryside. The statement is well timed given the current Senate inquiry into the problems associated with supplying rural Australians with an adequate health-care workforce.

The statement is a major shift by the AMA from its long-held position on the establishment of new medical schools. It has also called for the number of places reserved for medical students from rural and regional areas to be increased to reflect the proportion of people living in rural and regional Australia.

The AMA has abandoned its argument that a lack of training places means no new schools should be created. It’s now calling on Commonwealth and state governments to fund an expansion of medical training places instead.

While not explicit, the statement is a clear recognition that current strategies to increase the number of Australian trained medical graduates entering rural practice are not working. This is the same call increasingly made by rural communities themselves.

Data from the 2010 Medical Training Review Panel Annual Report shows that around 20% of Australian medical students are from rural areas. If you include international fee-paying students, this proportion drops to just 17.7%.

Only half of the major city medical schools have met the minimum 25% rural enrolment target for which they receive funding.

In 2010, 121 medical student places meant for rural students were given to non-rural students. The dubious definition of rural the funding requires makes this figure even worse – spending five years of one’s life in a rural postcode is sufficient. This definition clearly has nothing to do with any vocational aspiration for a country-based career.

The AMA’s proposal to increase the minimum enrolment target to reflect the proportion of rural people in the Australian population is fair, but will require medical schools to increase rural enrolments from 25% to at least 32%.

The World Health Organisation (WHO) has recommended that governments open new medical schools in rural areas if they want to address the shortage of doctors in those communities. The WHO found that a rural doctor was between four and 12 times more likely to have come from a rural area, and been trained in a rural area.

The evidence has always shown that medical schools in regional areas are the best way to grow the rural medical workforce. So we have a very strong case for either the creation of new training places in rural based universities or the re-allocation of existing training places to such universities. The latter would most likely meet with opposition from cash-strapped universities that can ill afford to lose any funding.

This is not to suggest that we need to “throw the baby out with the bathwater”. Clearly, some city medical schools have been doing really innovative work to grow rural student enrolments and prepare medical students for rural practice. But we need to look closely at each program and see what’s working and what’s not.

The policy announcement by the AMA should encourage all stakeholders to re-examine the evidence, and engage in a public discussion with rural communities and universities about new approaches to tackle the rural doctor crisis.

Without new initiatives, any significant increase in the number of doctors in rural communities would come from increasing the number of overseas-trained doctors to more than 50% (currently 42%) and “bonding” more medical students to rural placements. But student bonding is quite rightly criticised by the AMA.

Rural Australians deserve to have timely access to doctors who want to work in the country and have been trained in the country with a rural-focused curriculum. All the available evidence suggests that new strategies are essential if we are to end the current inequity that so compromises the health of rural communities.

John Dwyer is an Emeritus Professor at UNSW.