Opinion What to make of female cosmetic genital surgery?

Female cosmetic genital surgery can carry many risks, and may best be replaced by reassurance of genital normality and exploration of non-surgical solutions to relieve body insecurities, writes Rebecca Deans. 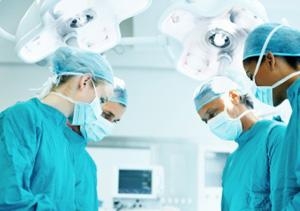 OPINION: Female cosmetic genital surgery is in the news again following Germaine Greer’s comparison of such surgery with female genital mutilation on the ABC’s Q&A earlier this week.

This sudden attention joins behind-the-scenes scrutiny of such procedures after the federal government announced earlier this year that cosmetic genital surgery is one of several procedures it would consider removing Medicare from.

Currently, so-called “designer vagina” operations can attract the benefit of the Medicare safety net, which makes procedures more attractive by reducing their cost. And, generally, such operations are on the increase.

Distress about genital appearance is a modern phenomenon. Our society has become more sexualised and, against this backdrop, there’s been an increase in fashionable undergarments and removal of pubic hair to render the vulva more exposed.

In the absence of reliable resources on naturally diverse female genital anatomy, unrealistic images of female genitalia derived from advertisement and pornography are becoming the distorted benchmarks against which girls and women make social comparisons.

Female genital cosmetic surgery comprises a multitude of procedures, some of which will be more recognisable to readers than others.

The most frequently performed procedure is partial excision of the labia minora (labial reduction or labioplasty). Labial reduction is often trivialised in the mass media, and patients and doctors may be misled into minimising labioplasty as a minor and inconsequential procedure. But there’s no methodical or long-term follow up to support this contention.

Women must surely be genuinely concerned about their genitals to go as far as presenting themselves to their doctors for examination. And doctors are clearly keen to help their patients find the best possible solution.

As in many other clinical situations, a good consultation may result in a referral for the desired intervention, which could further fuel a woman’s negative perception of her genitalia.

But women may not be particularly well-informed about the anatomy, physiology, function and diverse appearances of normal genitalia. And while doctors may learn about vulval anatomy during their training, detailed study of dimensions and function are not usually included. Postgraduate training tends not to revisit this topic. So doctors also have to rely on their own subjective judgement (and perhaps prejudices) of what is normal and what isn’t.

Indeed, research shows that doctors need to be more aware of how widely the appearance of female genitalia varies and be more wary of referring or performing surgery on women whose genitals are within normal dimensions.

In order to be helpful to women and girls in the long run, doctors may need to decipher what’s behind the presenting complaint. Within a trusting doctor-patient relationship, accessible information about normal variations in female genital dimensions and the importance of preserving sexual function are points of education and discussion.

So women need to be advised about potential short-term complications of surgery, which include infection, bleeding and wound breakdown. And they should be warned that they may not be satisfied with the outcome, as well as being made aware of other potential long-term negative effects on genital sensation and childbirth.

With intense marketing on the internet, a growing number of young women may request referrals for labial reduction. There is, at present, no reliable evidence on clinical effectiveness of any form of female cosmetic genetic surgery. And we know very little about adverse events and the need for more surgery due to further dissatisfaction because currently surgeons are not obliged to audit such events.

In the absence of disease, referral for operations that are associated with risks and no evidence of long-term clinical effectiveness may be best replaced by sympathetic and confident reassurance of normality and exploration of non-surgical solutions to relieve body insecurities.