The Delta variant is likely to become the most dominant strain globally. What does that mean for current and future variants? 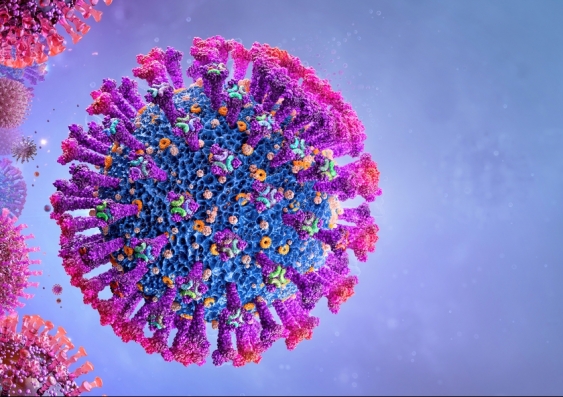 "It’s almost impossible to predict which variant will win the race and when we have reached the point of most transmissible,” said Dr Di Giallonardo. Credit: Shutterstock

Natural selection has shaped the evolution of all living things on our planet, including viruses. While mutations emerge in viruses, some mutations have little impact while others outcompete other variants and persist, such as the SARS-CoV-2 variant, Delta – classified a variant of concern (VOC) by the World Health Organisation (WHO).

Last week, Dr Poonam Khetrapal Singh, the regional director of the WHO, South-East Asia said, “The Delta variant has spread to over a hundred countries and is likely to soon become the most dominant COVID-19 strain globally. Among the variants of concern, Delta spreads most rapidly”.

Researchers have indicated the Delta variant is the most transmissible variant yet — as much as 60 per cent more contagious than the Alpha variant. However, there is limited research in terms of whether or not the Delta variant causes more severe illness than other variants.

The characterisation of variants by the WHO came about in late 2020 as a result of variants that posed an increased risk to public health. These definitions assist in prioritising global monitoring, research, and ultimately informing the ongoing response to the COVID-19 pandemic. 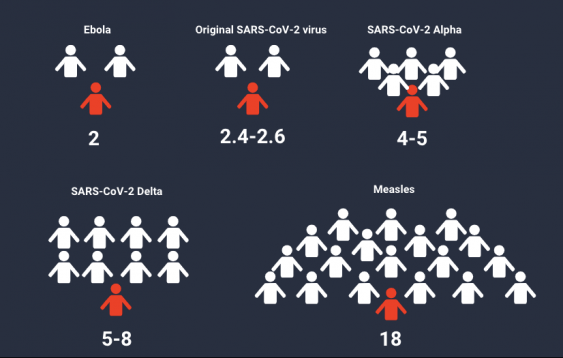 The R0 (reproduction number) of SARS-CoV-2 variants and other diseases. The higher the R0 number, the more contagious the disease is. Source: Imperial College London, Lancet, Australian Government.

What is a variant of concern?

Currently, the Delta variant joins three other variants in this category – Alpha, which was first detected in the UK in September 2020; Beta, the earliest documented sample recorded in South Africa in May 2020; and Gamma, which had samples first documented in Brazil in November 2020.

To be designated a VOC, a variant must meet the definition of a variant of interest (VOI).

This includes a variant:

To be ‘promoted’ to a VOC, the variant needs to have shown to be associated with one or more of the following changes at a degree of global public health significance:

Will Delta outcompete the other variants of concern?

While the Delta variant continues to spread globally, where does this leave other variants of concern such as Alpha, Beta and Gamma? Will Delta eventually outcompete the others?

Dr Francesca Di Giallonardo, a virologist at The Kirby Institute at UNSW Sydney suggests this could potentially be the case.

“Most probably yes, as this is a common process in natural selection and immune escape. However, the timeline and characteristics of variant replacement may vary between different geographic regions, particularly in those isolated by border closures.

“Prediction of infectivity of new variants is not trivial. In general, viruses increase their transmissibility. That means that the most ‘successful in transmission’ variant outcompetes other variants. However, it’s almost impossible to predict which variant will win the race and when we have reached the point of most transmissible,” said Dr Di Giallonardo.

According to Dr Di Giallonardo, increased viral fitness is characterised by natural selection events. This means if variant B has replaced variant A, it must be fitter by definition, as B has outcompeted A. Most likely, variant B is antigenically distinct, which means it has escaped immune pressure.

“Such variants will keep emerging as immune selection is increased due to more people being vaccinated or infected,” said Dr Di Giallonardo.

Are fitter variants likely to cause severe disease?

If a variant outcompetes other variants, does that suggest it can cause more severe disease in humans or is that not the case? Dr Di Giallonardo said this assumption was not necessarily correct.

“New variants are fitter such that their replication and transmission capacity is better compared to the previous variants. There are numerous emerging variants that are region-specific and are seemingly not causing more severe disease.

“However, constant monitoring of such variants is crucial for identifying those that do indeed cause more severe disease. Thus, the WHO and CDC (Centres for Disease Control and Prevention) classify new emerging variants with a potential for increased severity as variants of concern and variants of interest.”

What is our best line of defence?

“Vaccinate, vaccinate, and vaccinate,” said Dr Di Giallonardo. “We have a plethora of global data on the efficacy of the different vaccines. We know how effective they are in preventing severe disease and reducing transmission.”

Virologist, Dr Chantelle Ahlenstiel at the Kirby Institute said in terms of the mRNA vaccines such as Pfizer and Moderna, the sequences in the current vaccines – that tell the body how to make a specific type of virus spike protein – can be easily changed to match the newly emerging virus variant spike protein and could therefore provide protection against those too. Additionally, mRNA vaccines have the potential to be manufactured rapidly and inexpensively.

Surveillance is also critical for understanding which variants are circulating, as early identification will allow for rapid evaluation of vaccine efficacy.

“Surveillance means collecting data on the number of infections present for different virus variants, their geographic spread and the associated disease severity. Such data is essential to better understand how variants spread across the states, country, and globally. We have more data for Covid-19 than for any other viral disease, thanks to systems which were already in place such as nexstrain.org, GISAID (Global Initiative on Sharing Avian Influenza Data),” said Dr Di Giallonardo.

“Surveillance requires a tremendous amount of work and the global efforts have been great.”