Hoarding is a recognised mental health condition and should be treated as such – without the stigma associated with high-profile cases seen in the media, a UNSW clinical psychologist says. 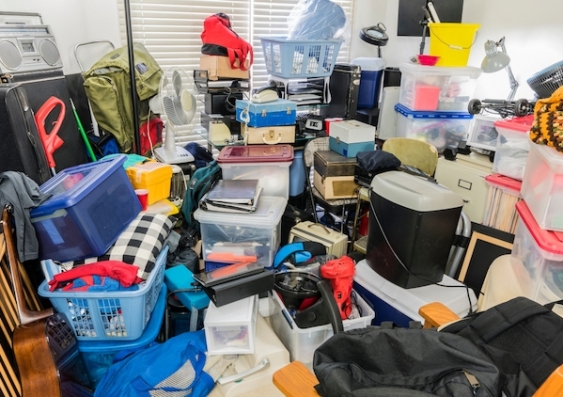 Hoarding can affect anyone – no matter their age, gender or finances – and if you are wondering how to help a loved one you might only see at Christmas, an academic clinical psychologist shares her expertise to help avoid tension this festive season.

An international authority on hoarding disorder, Prof. Grisham acknowledged the physical manifestation of hoarding – for example, a house filled with rubbish – was confronting and stigmatising, but noted that it was a mental health issue.

“It has been an uphill battle to shift people’s perceptions of hoarding, but we have made some progress through identifying it as a psychological disorder in the most recent DSM-5 (Diagnostic and Statistical Manual of Mental Disorders – Fifth Edition),” she said.

“Hoarding is a severe disorder and is more common than many might think – an estimated 2.5 per cent of people have this problem.

“It’s a myth that people who hoard are just lazy or messy – hoarding disorder is a treatable mental health condition and we need to make the public aware of that and remove the stigma – people with hoarding problems are much less likely to seek treatment if they feel ashamed.”

Prof. Grisham said hoarding was also a serious disorder because of the health and safety risks it posed to the person with the condition and to the wider community.

“A Melbourne study in 2009 showed hoarding fire incidents accounted for only 0.25 per cent of all residential fires but 24 per cent of preventable fire fatalities during the same period,” she said.

“And NSW Fire and Rescue states that 12 per cent of all fire fatalities in NSW are people reportedly living in hoarding and squalor conditions. These tragedies show just how acute the issue is.”

An extreme, emotional attachment to objects

Prof. Grisham said hoarding was a deeply ingrained attachment to possessions that in some cases might have its roots in a traumatic event – for example, the death of a loved one – and co-existing mental and/or physical health issues.

“The official psychiatric diagnosis is defined in the DSM-5 as a persistent difficulty discarding or parting with possessions, regardless of actual value, that leads to a perceived need to save the items and significant distress associated with no longer having them,” she said.

“So, a person who hoards is excessively attached to their belongings and this prevents them from discarding those items, leading to a huge amount of clutter in their homes – to the point they are unable to live or function the way other people do.” 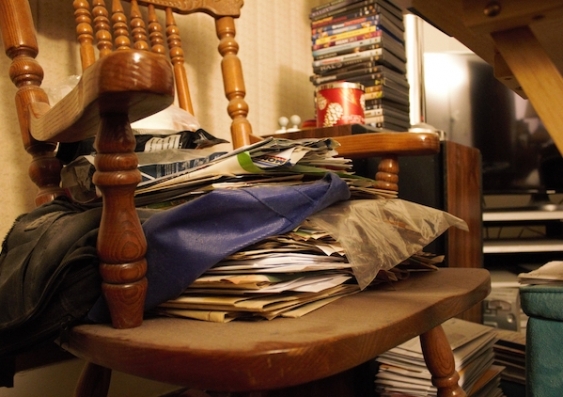 One sign of a hoarding disorder is that a home cannot be used as it was designed - for example, a chair stacked with belongings cannot be used to sit on - explains Professor Jessica Grisham. Photo: Shutterstock

Hoarding is different to being untidy or having extra stuff in your home, Prof. Grisham said.

“Many people relate to having a disorganised space or a bit of extra clutter, but they are otherwise able to function properly in their home and would be happy to have the mess tidied up and the rubbish thrown out,” she said.

“The difference with someone who has a hoarding problem, however, is their extreme emotional attachment to things – they would feel very upset or threatened if anyone tidied up, cleaned or removed their objects.

“When the hoarding problems cause extreme interference in a person’s life or they experience significant distress as a result of it, then we would consider it to be a clinical disorder, rather than someone who has just let their stuff get out of hand.”

In addition to the above signs of a potential hoarding problem, Prof. Grisham said people who hoard might also feel shame or anxiety and try to hide their hoarding.

“Maybe they never have visitors in their home or, it's been a long time since anyone has been there and you suspect something is wrong.  For example, the house might smell or a build-up of clutter can be seen from the street,” she said.

“Another sign is of new possessions continually entering the person’s home – perhaps they frequently engage in online shopping or comb op shops, nature strips or car boot sales and always take things home. This might be a worrying sign clutter is building up.”

Prof. Grisham said helping someone with their hoarding problem was extremely challenging, but there were several important considerations: 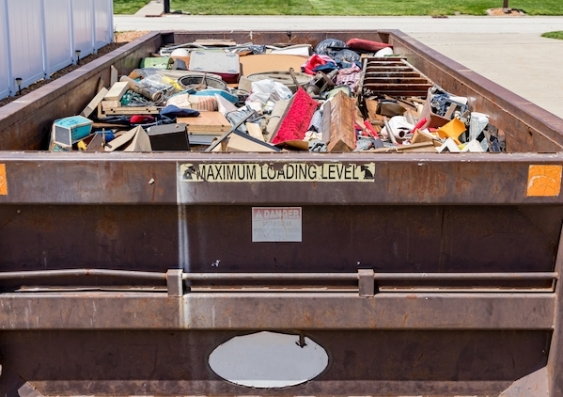 How to seek professional intervention

Prof. Grisham said if the person with the hoarding problem was not getting help, you should start a conversation with them about how the problem is impacting them, and suggest they seek third party assistance.

“Ask the person about how the clutter is affecting their life and reassure them that you are not going to ask them to do anything initially, but that you think their excessive collecting and saving might be causing them some challenges. Ask if they would be open to considering possible ideas,” she said.

“It may help to debunk the myth that the person will be immediately forced into a big clean-out if they seek help, while bringing up the topic of how their clutter is impacting them to warm them up to the idea of getting help.

“If the person is unwilling to see a treatment provider, the aim is to get the person on board and encourage them to make their own baby steps towards change. It needs to be a collaborative process.

“Prioritise the biggest risk issues and things that are going to make a difference to their life – changes that enable them to cook in their kitchen or sit on their couch and have a cup of tea. These types of steps may be a good starting point.”

Prof. Grisham said if the person with the hoarding problem agreed to seek treatment, you could then suggest they ask their general practitioner to refer them to specialist hoarding treatment providers.

“The organisation where I supervise is Lifeline Harbour to Hawkesbury which offers a group treatment program. We have treated more than 150 people and it’s been very successful – people feel validated and less alone when they meet others who are also struggling and it inspires them to make bold changes in their own lives.

“I also recommend the new City of Sydney guide on Understanding Squalor and Hoarding – it’s helpful for understanding hoarding, including risks to public health and the need for a community-wide response.”

Living with a phobia? One longer session of exposure therapy could help