A world-first study is under way looking at the genetic predisposition of some people to become depressed after bereavement. 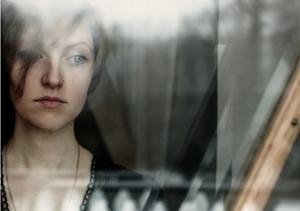 A world-first study looking at the genetic predisposition of some people to become depressed after bereavement is under way, involving researchers from UNSW and the University of New England.

Although it is normal to experience feelings of loss and grief following the death of a loved one, statistics show that up to 42 per cent of bereaved people become clinically depressed.

Study co-ordinator Dr Amelia Assareh says data from many studies are continuing to identify the short form (ss) of the 5-HTTLPR genetic polymorphism as a strong predictor of likelihood to develop depression following a stressful event (such as bereavement).

“It may be that the carriers of this genetic factor will be at greater risk of developing longer-lasting depression following bereavement,” she says.

The study aims to identify which people are most likely to become depressed after bereavement and develop more effective coping mechanisms.  Researchers will investigate whether specific genetic risk factors increase the incidence and severity of anxiety and depression following bereavement as well as whether psychological resilience protects against developing depression.

Scientia Professor Perminder Sachdev, from UNSW’s Centre for Healthy Brain Ageing (CHeBA) says that currently there is no research linking genetic make-up as a risk factor for clinical depression after the loss of a loved one.

“Our hope is to develop a biological signature of individuals predisposed to developing depression after a major stress such as bereavement.  This will help identify those who need special attention to help cope with their loss,” Professor Sachdev says.

Researchers involved in this study include psychiatrists, psychologists, geneticists and specialists in palliative care.

Anyone in NSW who has lost a loved one within the last three months is urged to contact the study co-ordinator, Dr Amelia Assareh on 9382 2554 or a.assareh@unsw.edu.au

Brain stimulation offers hope for depression, but don’t try it at home