Opinion Why clinical research should be freely exchanged

Open sharing of medical clinical trial data would lead to faster and more trustworthy evidence for many of our most pressing health problems, write Adam Dunn and Enrico Coiera. 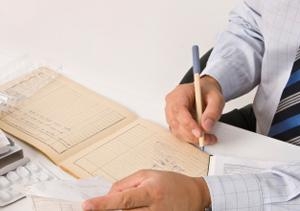 OPINION: In 1976, teenager Bill Gates wrote an open letter calling the programmers who had copied and shared the paper tape of his BASIC program code thieves. Unsurprising perhaps, since the code had earned the young programmer a lot of money.

At a time when open sharing of computer programs was commonplace, Gates’ letter signalled a new era of corporate secrecy that underpinned the birth of the modern software industry. The few programmers who shunned the fat pay packets and share options and chose to hang on to the old world went on to become software pirates and hackers.

Fast forward 35 years and the hackers have come in from the cold. Thanks to the open source software movement, we can now download for free such mainstream programs as the Android operating system that powers many of our phones and the widely used Firefox web browser.

The ability to look at, improve and re-use the code behind this software sets it apart from its closed-source counterparts. So open source has transformed into a thriving $300 billion-a-year business, supported by a programmer community that believes all information should be ‘‘free’’.

The situation is very different in healthcare. Doctors and consumers rely heavily on evidence-based research to guide their decisions. Yet the clinical trials that generate research findings happen mainly behind closed doors – or more accurately behind the corporate walls of pharmaceutical companies.

Perverse industry incentives mean that many clinical trials are designed to market drugs rather than answer the questions that doctors and patients rightly ask. Trials that do not produce the expected positive results often remain unpublished. When clinical trials are published, conclusions are sometimes massaged and the raw data that would reveal that – the result of treatment for individual patients – stays locked up.

Yet clinical trial data is a potential goldmine for us all. If researchers, doctors and patients were able to re-analyse and pool this data, there would be a whole host of questions that could start to be answered.

One “hacker” solution is for the data to be pirated, but no one wins in this scenario. However, everyone could be a winner if clinical research data went open source.

Building a community where people freely exchange the “source code” of clinical trials should help close many of these gaps in research evidence, and this scenario may not be that far away.

In the past year, we have seen major research publishers such as Elsevier reluctantly agree that research papers should be moved from behind publishing pay walls and made more freely available. The next step is to make the data that accompanies these papers and that is owned by the pharmaceutical industry also ‘‘free’’ – as well as the data for all those trials that pharmaceutical companies don’t seem to want to talk about.

In Australia, the National Health and Medical Research Council will soon ensure that the published results of all government-funded research will be made freely available. Clinical trial registers such as clinicaltrials.gov in the US have begun the process of collecting high-level summary information about clinical trials that are planned or under way.

It is many years since Bill Gates railed against the sharing of software code, and he is now devoting his considerable energy and finances to solving some of the great health challenges of the world, such as curing malaria. He has to do this because while the rich, developed world gets pills for every kind of minor condition, major diseases such as malaria are left neglected because the big drug companies don’t see a profit.

We hope the good-hearted Mr Gates might today side with the hackers, at least when it comes to the medical research data that can save millions of lives.

Dr Adam Dunn is a research fellow at UNSW’s Australian Institute of Health Innovation. Professor Enrico Coiera is the Director of the Institute’s Centre for Health Informatics.

This article first appeared in the National Times.

What kind of research can we trust?